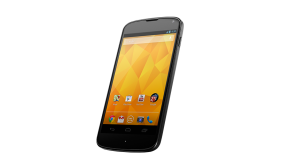 With a Nor’easter forecasted to hit the Northeast beginning tomorrow and into Thursday, T-Mobile is making preparations for any impact this new storm may have on our network and service we provide to our customers in the area. Additional engineers have arrived in the NY and NJ region, and have now joined our local rapid response teams to provide even more on-the-ground support. We are preparing our staging areas and equipment, and readying for this new storm.

As we have previously announced together with AT&T, a joint agreement remains in place between our two companies, allowing customers of either company to utilize whichever network is most available in their area. This agreement provides additional access to wireless services for customers of both companies.

In the aftermath of Superstorm Sandy, T-Mobile continues to make strong progress restoring wireless service for our customers. T-Mobile’s network in the Northeast is now 97% operational.

With commercial power restoring to many areas affected by Superstorm Sandy, T-Mobile continues to make strong progress restoring wireless service for our customers. More than 95% of T-Mobile’s network in the Northeast is now operational. The lack of commercial power and the need to deploy mobile generators always complicates recovery efforts, but that was only part of the challenge. Additional challenges include getting wireline (backhaul) connections and, of course, gaining access to areas that were severely damaged by storm surges that created devastating flooding. Overall, the situation is improving in many areas, and that is helping with the restoration of wireless services to our customers.

T-Mobile is making preparations ahead of the forecasted Nor’easter that is expected on Wednesday and Thursday this week. We have additional engineers coming in from outside of the Northeast to join the rapid response teams we already have working day and night. We are preparing our staging areas and equipment, and readying for this new storm.

We continue to focus on several key areas that were hardest hit by Superstorm Sandy, and are encouraged by improvements in many of these areas, including:

T-Mobile service is 95% operational across the entire Northeast, and the company continues to make progress restoring wireless service to some of the hardest-hit areas in the aftermath of Hurricane Sandy. The size, scope, and impact of hurricane Sandy are unprecedented in the U.S. in terms of geographic area, location, and population density.

T-Mobile has restored wireless service to almost 95% of NYC (including all five boroughs). On Staten Island, we are still working to restore many sites, but coverage is being provided to the entire borough, and generators are being deployed to increase coverage.

In New Jersey, most remaining issues are related to power. We continue to dispatch generators to cell sites where we can gain access amid the devastation. Some areas are experiencing telco connection issues and T-Mobile is working very closely with its provider, Verizon, to solve those issues and bring the sites back up as quickly as possible. The situation is most difficult along the shore, from areas north all the way south to the Wildwoods and Cape May, because it’s one of the hardest hit areas. T-Mobile continues to prioritize work in these areas and we are making good progress.

The network sharing agreement between T-Mobile and AT&T for parts of NY and NJ is still in effect and providing increased coverage for customers of both companies.

T-Mobile has also provided phones and chargers for use by the American Red Cross for phone banks in all of its shelters throughout New Jersey. Many of these Red Cross shelters are serving residents of the Jersey shore, including one in Toms River and another in Manahawkin, with T-Mobile service operating and providing coverage to both. Additionally, at least five Red Cross shelters in Atlantic County also have T-Mobile coverage. T-Mobile is prioritizing restoration throughout the area, with special consideration being taken regarding locations where the Red Cross is operating shelters.

T-Mobile also continues to encourage customers to text donations to the American Red Cross. The company has pledged $100,000 to the Red Cross for storm relief efforts, and is matching up to another $100,000 for all new donations from its customers. T-Mobile customers have already contributed more than $100,000 via text donations to the Red Cross. For more information, please see the company’s press release: https://newsroom.t-mobile.com/articles/t-mobile-assisting-red-cross-after-hurricane-sandy

With commercial power restoring throughout many of the hardest hit areas in New York City, T-Mobile has made significant progress restoring service since late yesterday afternoon. In Manhattan, the situation has improved immensely with the restoration of commercial power in many neighborhoods. Approximately 95% of our sites in Manhattan are now operational. We continue to focus on making more improvements in many areas, especially on the east side, below South Street Seaport.

On Staten Island, we are still working to restore many sites, but coverage is being provided to the entire borough, and generators are being deployed to increase coverage. There are still many challenges preventing our engineers from gaining access to sites including boats that are blocking roadways, flooding risks and many other hazardous situations. We continue to focus on all of the hardest hit areas, and are making good progress throughout New York City.

On Long Island, more than 75% of T-Mobile’s sites are now operational and we are making steady improvements. Outside of the NYC metro area, many parts of New Jersey continue to be difficult to gain access to, due to flooding or other concerns. T-Mobile is focused on making improvements in specific areas that were hard hit, like Hoboken and the Jersey shore, among others.

Today T-Mobile has restored wireless service to customers in many key areas of Manhattan impacted by an ongoing power outage through the deployment of temporary cell sites atop the company’s major switching facility in Tribeca. Leveraging new technology capabilities, we are able to provide broad coverage from a single location, ahead of power restoration to the hundreds of cell sites that normally serve this area. The company has also restored service in parts of Manhattan where power has become available, including the East Village, Lower East Side, Chelsea and around the World Financial Center.

The size, scope, and impact of hurricane Sandy are unprecedented in the U.S. in terms of geographic area, location, and population density. Ahead of the storm, T-Mobile’s rapid response engineering teams staged equipment in and nearby the areas most severely impacted by storm, such as lower Manhattan, Staten Island, Long Island, coastal and Northern New Jersey, and we are continuing to work around the clock to restore service.

T-Mobile reports good progress in restoring network service to areas in the path of devastation from Hurricane Sandy. Network technicians are working as quickly as possible to restore service by deploying generators to cell sites where power outages continue and to repair damage caused by high winds and flooding.

T-Mobile is working closely with the NYC Department of Emergency Management and with FEMA to gain safe access to areas of the City where storm damage was extensive, including parts of Staten Island and lower Manhattan. We’re happy to report that network restoration in NYC is now at 85%, overall. Within the borough of Staten Island, T-Mobile network availability has improved to 80%. The agreement between T-Mobile with AT&T to share networks in NY and NJ is already providing customers of both AT&T and T-Mobile improved experiences in the hardest hit areas.

All wireless networks are dependent on an ecosystem that includes many technologies. Services from public utilities, wireline transport and backhaul providers are critical components for wireless services and all have suffered storm related outages. We continue to work with these utilities to find solutions, particularly in lower Manhattan. T-Mobile is also looking at a variety of alternatives steps to solve these challenges.

T-Mobile Focusing on Helping Customers in Wake of Hurricane Sandy

Today, T-Mobile network engineers continued to work as quickly as possible to restore service to areas affected by Hurricane Sandy:

T-Mobile has made significant progress in all of the most hard-hit areas. With improved conditions and a promising weather forecast, T-Mobile is beginning to move generators and Cell-on-Wheels (COWs) from our staging sites into many more areas, utilizing the company’s Critical Infrastructure Provider status to gain access, when needed.

T-Mobile network engineers are working as quickly as possible to restore service to areas affected by Hurricane Sandy. In Washington, D.C. the network is more than 90% operational. In New York City, the network is more than 80% operational. Restoration work continues in the harder hit areas of lower Manhattan, Staten Island, Long Island, coastal and Northern New Jersey, Connecticut and portions of Pennsylvania, including Philadelphia.

T-Mobile rapid response engineering teams have staged equipment throughout the areas most severely impacted and continue to make assessments regarding how quickly we may be able to begin restoration, and where it is needed most.