On top of Netflix On Us, the Un-carrier has one more reason it’s got America’s best unlimited – speed.

Bellevue, Washington — September 7, 2017 — All unlimited is not created equal. T-Mobile (NASDAQ: TMUS) proved that again today as the Un-carrier ranked fastest – for the 14 th quarter in a row – in the 2017 U.S. Market Report from Ookla, makers of Speedtest, the dominant global leader in internet performance testing and metrics. In the report, more than 14 million tests from real customers show that T-Mobile’s network is fastest nationwide, fastest in more cities and fastest on the most popular phones.

The report also confirmed the carriers’ speeds have slowed as a result of unlimited data. Verizon’s and AT&T’s house of cards is tumbling, their networks are struggling to keep up ever since they launched unlimited in February, and their customers have seen data speeds nosedive. In a series of unfortunate events, Verizon recently reacted by capping ALL video speeds. Meanwhile, T-Mobile’s customers have seen speeds steadily increase over the same period.

“Millions of wireless customers across the US have spoken – AGAIN -- and they’ve shown that T-Mobile is the master of all things unlimited, while Verizon is the master of none,” said Neville Ray, Chief Technology Officer for T-Mobile. “ This is the reason we’re able to do things like Netflix On Us. Maybe now the carriers will finally start listening to their customers … stranger things have happened.”

Speedtest gathers data directly from millions of wireless customers across all networks. Customers use the Speedtest app on their own smartphones everywhere they live and work across the country, both indoors and out, 24 hours a day, seven days a week. Meanwhile, Verizon pays consultants to conduct controlled simulations for a fraction of the number of tests using only one phone model for one moment in time in prescribed locations along finite drive routes, mostly outdoors – and then, they attempt to pass that off as “science.”

In addition, T-Mobile’s network continues to beat the competition when looking at speeds customers experience on two popular smartphone models. The report found customers using newer devices with advanced LTE capabilities like carrier aggregation and 4x4 MIMO reached higher data speeds. While the carriers have been doing nothing back at the ranch, T-Mobile has been a first-mover in the industry with more LTE Advanced technology than any other and a long list of industry firsts.

Since 2015, T-Mobile has doubled its LTE coverage and now covers 315 million people – almost every American and most of those in rural America, like the Ozarks. By the end of the year, the daredevil Un-carrier expects to expand LTE coverage to 321 million people. With its rollout of 700 MHz Extended Range LTE nearly complete, T-Mobile plans to further broaden its LTE footprint for customers this year with its newly acquired 600 MHz spectrum. 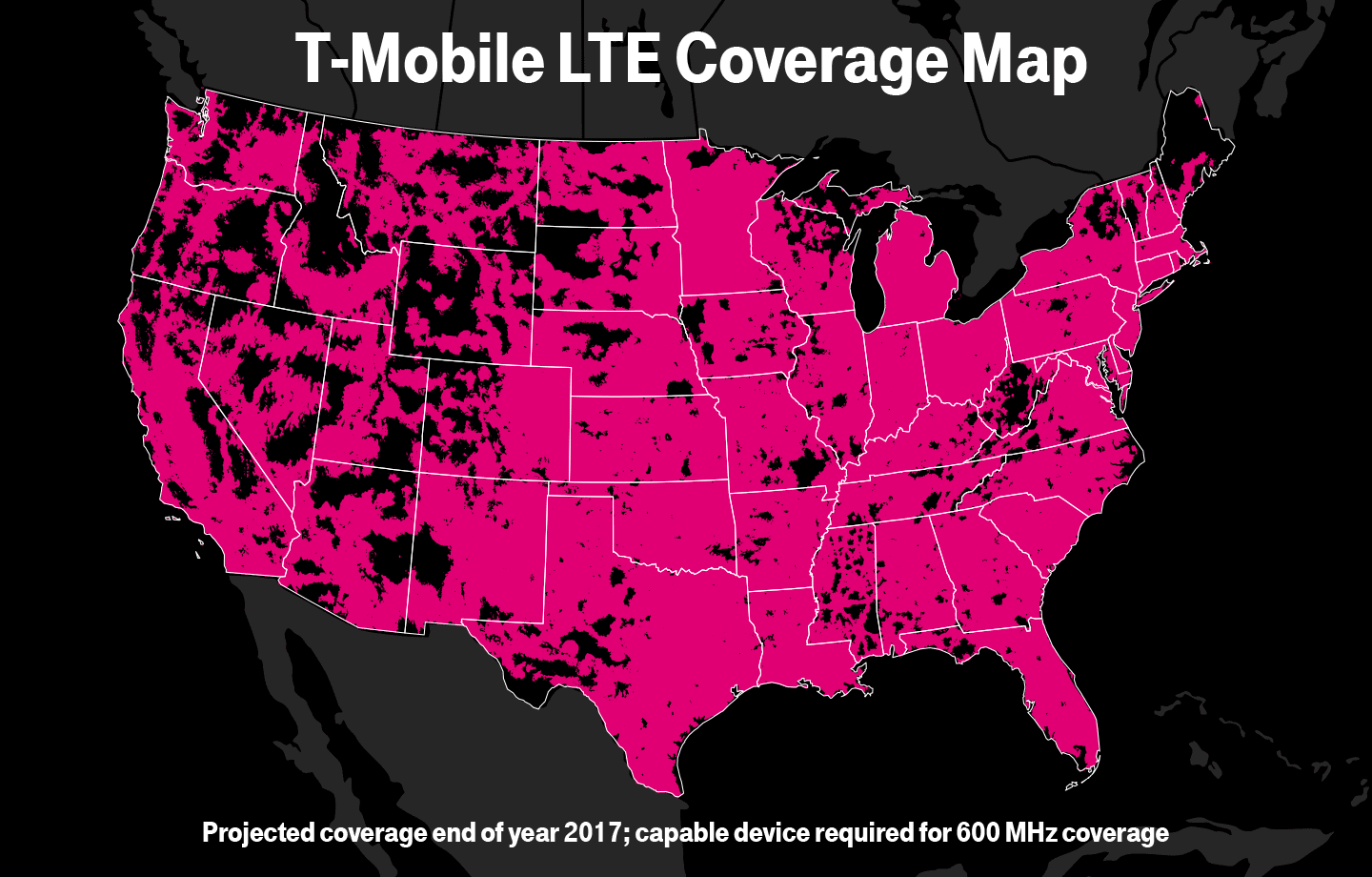 About T-Mobile US, Inc.
As America's Un-carrier, T-Mobile US, Inc. (NASDAQ: TMUS) is redefining the way consumers and businesses buy wireless services through leading product and service innovation. Our advanced nationwide 4G LTE network delivers outstanding wireless experiences to 69.6 million customers who are unwilling to compromise on quality and value. Based in Bellevue, Washington, T-Mobile US provides services through its subsidiaries and operates its flagship brands, T-Mobile and MetroPCS. For more information, please visit http://www.t-mobile.com.