T-Mobile’s advanced LTE network delivers mind-numbing speeds on the latest superphones as new data shows the Duopoly’s networks slowing – by up to 14%! – under strain of Unlimited LTE

Bellevue, Washington — April 21, 2017 — What’s next is here—and it’s freaky fast. Starting today, T-Mobile customers with the latest smartphones can get up to DOUBLE their current speeds – up to gigabit-class speeds at the Un-carrier. That’s all on top of what is already America’s fastest LTE network.

And, while the Un-carrier just keeps taking the speed crown – recently notching the company’s 13th quarter in a row as the fastest LTE network in America – Verizon and AT&T are cratering since they launched unlimited data. Verizon’s download speed has plummeted 14% since they launched unlimited LTE – talk about a freefall! AT&T’s download speed followed suit and dropped 4% ever since they FINALLY got on board with offering all their customers unlimited LTE.

“Watching what the carriers’ new unlimited plans are doing to their networks is like watching a train wreck in slow motion – emphasis on slow,” said John Legere, president and CEO of T-Mobile. “This is what happens when you unleash unlimited data on a network that wasn’t built to handle it. T-Mobile’s network was built for unlimited, so customers can experience the Galaxy S8 as it was intended – insanely-fast and without limits.” 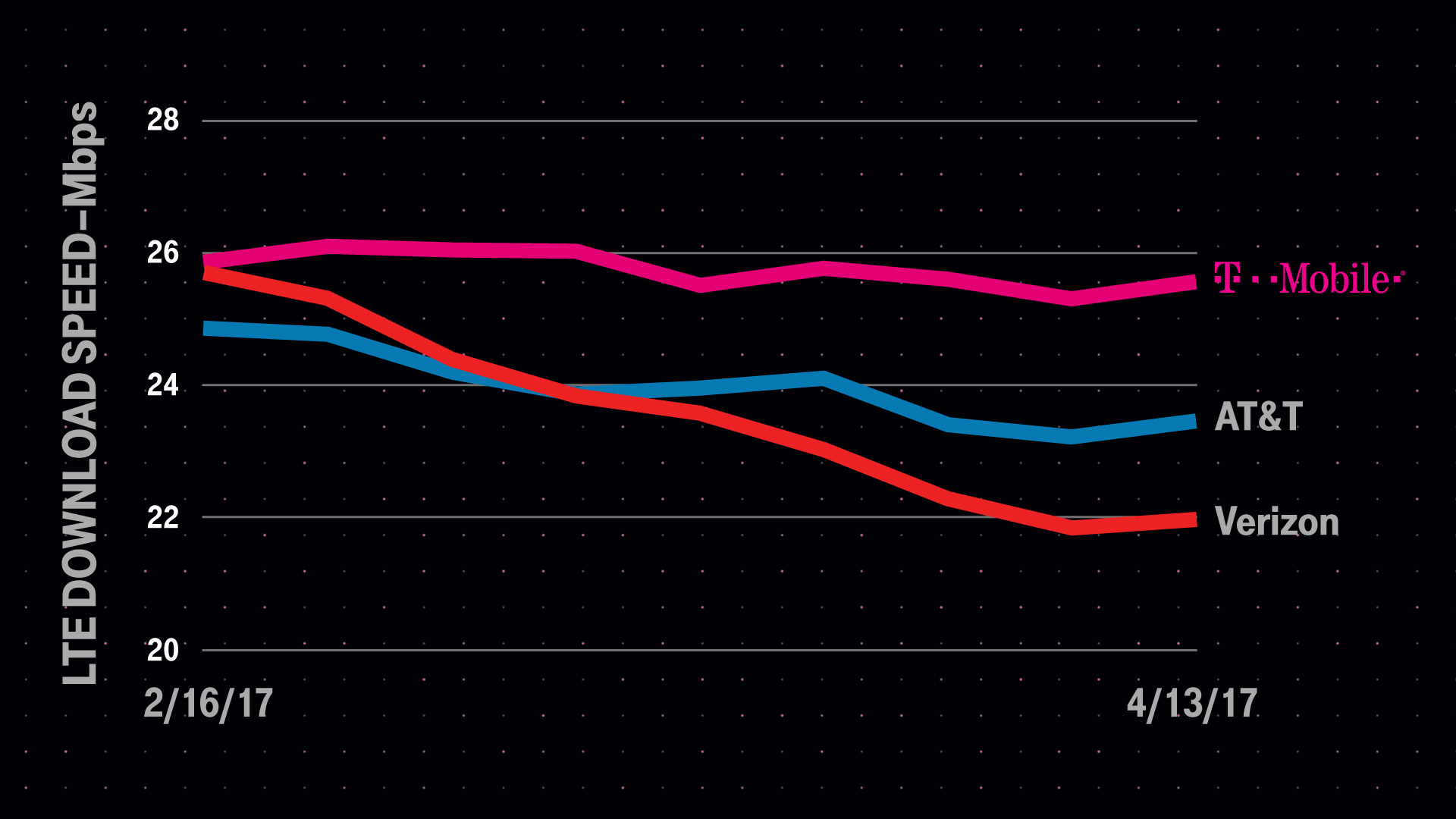 Carriers with average speeds slower than 20 Mbps were just too far below the pack to be included. We only have so much room.

Speed into the Savings

Customers who pick up the latest superphones at T-Mobile can still save hundreds annually over Verizon and AT&T with T-Mobile ONE -- the best unlimited plan on a network built to handle it -- with benefits like unlimited everything, zero overages, taxes and fees included and coverage in the air and around the globe. Right now, it’s just $100 a month on AutoPay for 2 lines of T-Mobile ONE.

For more information on T-Mobile LTE coverage where you live, work and play, visit www.t-mobile.com/coverage.