T-Mobile’s EVP of Customer Care Callie Field, EVP of T-Mobile for Business Mike Katz, EVP of Consumer Markets Jon Freier and EVP of Human Resources Liz McAuliffe share a passion for people, particularly the frontline warriors who work directly with customers every day. Did we mention they also share great taste in music, books and movies? Dig in and find out! These four execs close out T-Mobile’s Summer Binge List series. It’s been real!

This book is 700 pages about one day—and the modernist answer to Homer’s ancient Odyssey—for the person who loves words and metaphor and experiential storytelling. It was the first book I ever read that utilized stream of consciousness as a means to get to know a character. Made me extremely aware of how my thoughts guide my actions… and also made me ask, “Sheesh! How do I have smarter thoughts???!!” 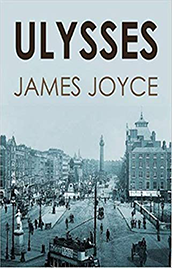 In the First Circle by Aleksandr Solzhenitsyn

I read one tome every summer. And I particularly enjoy a Russian author and a good class conflict… currently reading In the First Circle by Aleksandr Solzhenitsyn. Why? Because your imagination becomes brighter with storytelling, and it takes imagination to solve complex problems. Also, good literature takes you out of your own experience and into another, and an empathetic leader is a stronger leader. 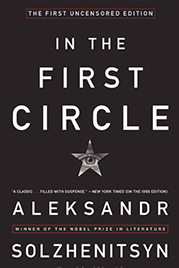 Stranger Things (and So Much More)

When it comes to TV, there’s a whole lot to binge this summer: Stranger Things (love the sense of adventure and danger through a kid’s eye); any mystery from Masterpiece Theatre; Queer Eye; and any of the Golden Buzzer (Britain’s Got Talent or America’s Got Talent) performances on YouTube… I love seeing people with the courage to go for it and am always full of so much joy watching artists share their talents. #SentimentalNerd 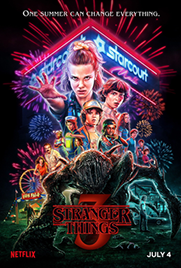 Host Kara Swisher’s tenacity and intelligence, along with the technology experts she hosts, just draw me in! Listening to her interview style has made me think about the way I interview others, and it has helped me become better at it.

Listening to Michelle Obama’s story, in her own words, narrated by her… whew! I’m so in awe of her resilience, strength and brilliant mind. Seriously, I could not stop listening to it! 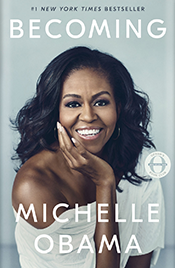 This is my current favorite documentary film, as it features what may be the single greatest athletic feat that a human has ever accomplished. Climbing a 3,000-foot-tall rock face is an unbelievable task by itself, but doing it without any safety gear, including ropes, where even the smallest mistake is sure death… That’s what Alex Honnold does, captured here with incredible cinematography. It’s a magnificent—and terrifying—account of what the human body is capable of. 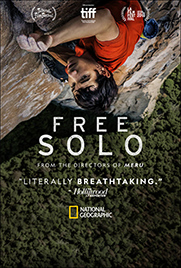 The Four by Scott Galloway

This book is an amazing exploration into four companies that have not only completely redefined the industry in which they compete but have radically changed consumer behavior—even the way we live our individual lives. Think about the last time you passed a full day without interacting with Amazon, Facebook, Apple or Google. You can’t, huh? I think that in the next addition of this book they will have to change the title to The Five and include that magenta Un-carrier… 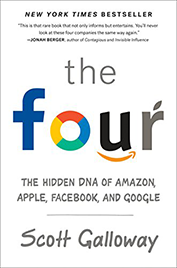 I love everything about this YouTube series: original actors playing original characters from The Karate Kid (that’s Ralph Macchio as Daniel LaRusso and William Zabka as Johnny Lawrence); a modern-day running of the All Valley KarateTournament; life lessons from the now unfortunately deceased Mr. Miyagi; liberal use of musical montages?? Yes please!! 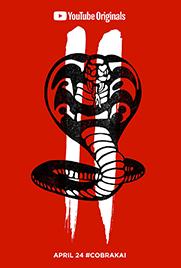 Sand and Steel: The D-Day Invasions and the Liberation of France by Peter Caddick-Adams

I’m a huge history buff, especially WWII history. This year is the 75th anniversary of the invasion of France at Normandy—D-Day—which marked the beginning of the end of the war for the allies in the European theater. The planning, tactics and immense bravery of each individual service member in the face of unthinkable obstacles is both surreal and inspiring. This book documents the incredible collaboration between countries and people of diverse backgrounds who came together for one common goal—to defeat fascism, end the Holocaust and liberate Europe. #NeverForget 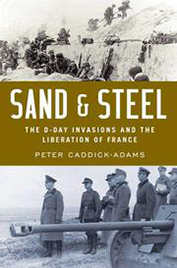 If you haven’t listened to the first season of Sarah Koenig’s podcast, watch out—once you start it’s hard not to binge your way through roughly 12 hours of content. The stories and cases she covers are fascinating and I love the way she remains unbiased so she can dive deep into the psyches of everyone involved (or accused) on both sides of the crime. She’s articulate in laying out all of the facts on each case so you can form your own opinions of what actually happened. I’m always amazed at how complicated these cases are and how your perspectives change on the “whodunnit” as each new episode is unveiled! 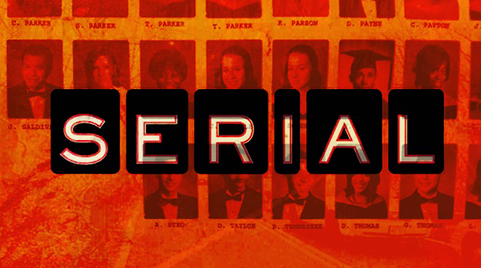 Like most parents, my wife and I are temporarily into what our kids are temporarily into. And right now, my youngest daughter loves Spider-Man. Why? I have no idea. She has no idea. But she can’t get enough. And, parents, you know the drill: Just do whatever you need to do to keep your pre-teen talking to you! 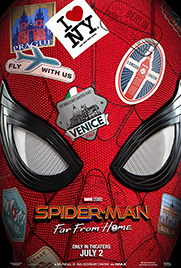 I’m breaking from the current “must-sees” this summer and doing a throwback. I think The Sopranos is the best TV series of all time, and I have all 86 episodes from all six seasons loaded up to relive the drama. In my book, there’s no better acting, writing or character development. 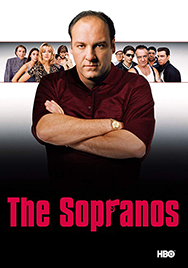 Comedians in Cars Getting Coffee

I love cars. I love comedy. I love Jerry Seinfeld. So, how can I not love this Netflix series hosted by Seinfeld himself? The 11th season just began, and I love the low-key conversation and getting to know some really funny people while seeing some great cars! 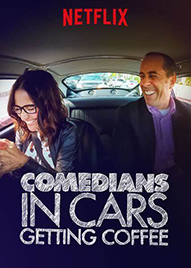 Nuts! and Iacocca: An Autobiography

OK, two more old-school books that I’m going to re-read this summer. This year we lost Herb Kelleher and Lee Iacocca, two hard-charging, disruptive forces who changed the airline and automobile industries. They were both straightforward, bold, charismatic, customer-centric and unafraid to challenge the status quo. These two books, Nuts! and Iacocca: An Autobiography, are packed with inspiration for business leaders, and I want to personally honor their lives by getting lost in their journeys and their own stories once again over the next few months. 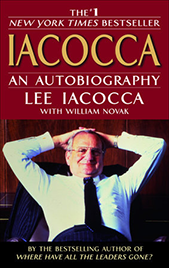 A Star is Born Soundtrack

I love just about all forms of music. My playlists are full of songs from every genre. Just this summer alone, I will have flown about 70,000 miles. As soon as I sit down on the plane, the headphones come on, and who knows what’s going to play! Right now, as I type this sitting on a plane, I’m listening to the soundtrack from A Star is Born! Come on, who doesn’t love the talent of Bradley Cooper and Lady Gaga??? 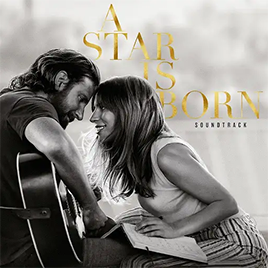 I recently finished Becoming by Michelle Obama. Listened to it, actually. She’s been my constant companion on the treadmill and during long walks and car rides for the last few months. I thoroughly enjoyed the first-person storytelling, the intimate recounting of her unwavering courage and commitment to find her voice as a professional, wife, mother and leader. And now that it’s over, I miss hearing her voice!

Disarm Your Limits by Jessica Cox

This book by Jessica Cox—who was born without arms and went on to achieve tremendous success—is for anyone who needs an extra dose of motivation and perspective this summer. Jessica’s story is one of independence, self-acceptance, courage and grit. She drew strength from naysayers and leaned on her support system to shoot for the stars—literally! Undeterred by her disability, she achieved the seemingly impossible and became a PILOT! It should be apparent by now that I love learning and drawing inspiration from stories. Another person whose path in life touched me deeply is Rais Bhuiyan, an ambassador for forgiveness, who championed radical compassion and humanity. Shortly after Sept. 11, 2001, Rais was shot in a racially motivated attack. He not only forgave the perpetrator but fought against the death penalty in his case. Rais is a legitimate trailblazer—I encourage you to research his nonprofit, World Without Hate, check out his TED talk and follow him on Twitter at @Rais4peace. 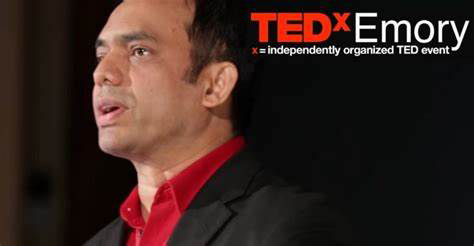 When it comes to streaming series, Amazon’s Good Omens is a great binge! The relationship and chemistry between the two main characters is just perfect, masterfully combining comedy with thought-provoking zeal. I like allegories with some blurriness between the good and the bad. This was a fun one. 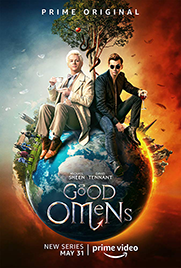 Diversity and inclusion are in our DNA at T-Mobile, and we’ve made some great strides collectively to get people involved and having open and honest discussions. The Inclusionomics podcast is an excellent tool to continue learning, as it serves up honest conversations about D&I, offering tangible advice for addressing challenges and bringing solutions to the workplace. 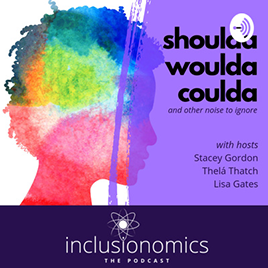