Huge congratulations to the Eagles on their big win last night! What a game! Both teams kept it exciting until the very end.

Minneapolis was cold, but T-Mobile customers were on fire with their network usage. And they won big at last night’s Super Bowl.

Here’s a look at what Un-carrier customers were doing with all that speed.

Can’t wait for LIII in the ATL next year! 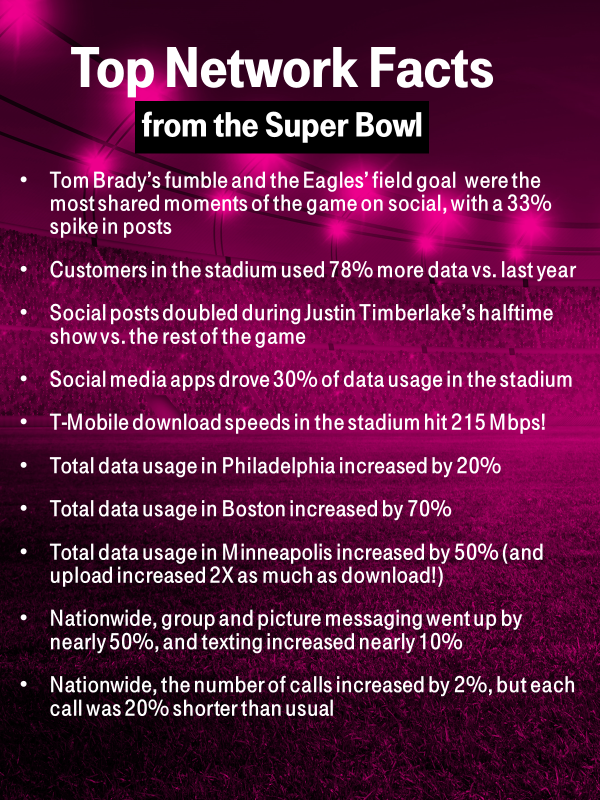