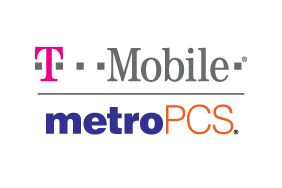 “The FCC’s approval marks another significant milestone in bringing our two companies together, and we appreciate the Commission’s timely approval. We look forward to completing the transaction and delivering the significant customer and stockholder benefits that this combination will make possible,” said John Legere, President and CEO of T-Mobile. “Our combined company will have the products, spectrum, scale and resources to shake up this industry and deliver an entirely new wireless experience.”

“We are pleased with the FCC’s approval of the proposed transaction,” said Roger D. Linquist, Chief Executive Officer and Chairman of the Board of MetroPCS. “We thank the FCC for its prompt review of our proposed combination with T-Mobile, which will create the value leader in the United States wireless marketplace.”

On March 5, 2013, MetroPCS announced that the required waiting period under the Hart-Scott-Rodino Antitrust Improvements Act of 1976 had expired. The proposed combination remains subject to the approval of MetroPCS stockholders.

Stockholders who have questions or need assistance voting their shares should contact the Company’s proxy solicitor, MacKenzie Partners, Inc. toll-free at (800) 322-2885 or call collect at (212) 929-5500.

Deutsche Telekom is one of the world’s leading integrated telecommunications companies with more than 132 million mobile customers, over 32 million fixed-network lines and 17 million broadband lines (as of December 31, 2012). The Group provides products and services for the fixed network, mobile communications, the Internet and IPTV for consumers, and ICT solutions for business customers and corporate customers. Deutsche Telekom is present in around 50 countries and has 230,000 employees worldwide. The Group generated revenues of EUR 58.2 billion in the 2012 financial year – more than half of it outside Germany (as of December 31, 2012).

Dallas-based MetroPCS Communications, Inc. (NYSE: PCS) is a provider of no annual contract, unlimited wireless communications service for a flat-rate. MetroPCS is the fifth largest facilities-based wireless carrier in the United States based on number of subscribers served. With Metro USA(SM), MetroPCS customers can use their service in areas throughout the United States covering a population of over 280 million people. As of December 31, 2012, MetroPCS had approximately 8.9 million subscribers. For more information please visit www.metropcs.com.

Additional Information and Where to Find It