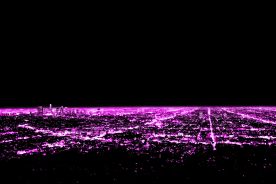 “T-Mobile is enriching the customer experience on its network with our nationwide launch of HD Voice. In addition, multiple third-party tests have shown that the experience on T-Mobile’s nationwide 4G network rivals major competitors’ LTE networks,” said Neville Ray, chief technology officer, T-Mobile USA. “This year, we’re stepping on the gas again. We are making continued coverage improvements and launching an advanced LTE network that will reach 100 million people by mid-year and 200 million people by end of year.”

Based in Bellevue, Wash., T-Mobile USA, Inc. is the U.S. wireless operation of Deutsche Telekom AG (OTCQX: DTEGY). By the end of the third quarter of 2012, approximately 131 million mobile customers were served by the mobile communication segments of the Deutsche Telekom group — 33.3 million by T-Mobile USA — all via a common technology platform based on GSM and UMTS and additionally HSPA+ 21/HSPA+ 42. T-Mobile USA’s innovative wireless products and services help empower people to connect to those who matter most. Multiple independent research studies continue to rank T-Mobile USA among the highest in numerous regions throughout the U.S. in wireless customer care and call quality.

In order to provide comparability with the results of other US wireless carriers, all financial amounts are in US dollars and are based on accounting principles generally accepted in the United States (“GAAP”). T-Mobile USA results are included in the consolidated results of Deutsche Telekom, but differ from the information contained herein as, among other things, Deutsche Telekom reports financial results in Euros and in accordance with International Financial Reporting Standards (IFRS).