Washington, DC – Jan. 12, 2017 – Every single day, T-Mobile (NASDAQ: TMUS) is relentlessly advancing, improving and growing its 4G LTE network. Over a year ago, the Un-carrier began aggressively preparing to serve the more than one million anticipated attendees at the Presidential Inauguration in Washington, DC with the country’s fastest LTE network. All of the resulting upgrades have permanently increased the Un-carrier’s 4G LTE capacity in the areas surrounding the National Mall by nearly 1,000% since last year!

“T-Mobile’s LTE network is already the fastest and most advanced in the US, and it covers more than 99% of the people Verizon covers,” said Neville Ray, T-Mobile CTO. “Now, we’ve juiced our coverage for customers in DC almost 1,000 percent … permanently! And we did that by rolling out new LTE Advanced technologies – like 4x4 MIMO and 256 QAM – that the carriers are still just talking about. But, we’re the Un-carrier – while they talk, we’re hard at work improving the most advanced network!”

For additional, temporary capacity, T-Mobile has also deployed LTE-enabled cell sites on-wheels (COWs) which will be in place for several days prior to and following the inauguration.

The Un-carrier’s LTE network is the nation’s fastest – according to multiple sources, not paid consultants – and the nation’s most advanced with more LTE Advanced technologies deployed than any other US wireless provider. In fact, T-Mobile achieved a global first – which is yet to be matched in the US – with the rollout of 4x4 MIMO and 256 QAM last fall. 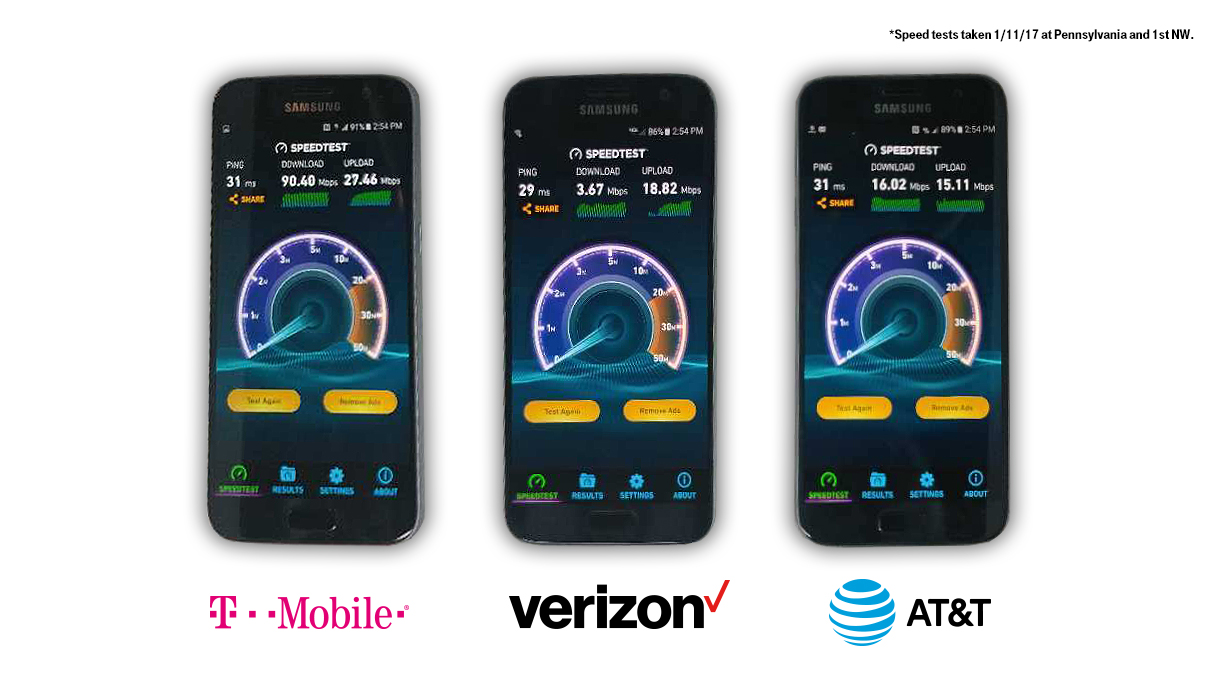