Bellevue, Washington – August 22, 2017 – The “great American eclipse” certainly lived up to the hype! Not only was it an awe-inspiring celestial event none of us will soon forget … it was shared like CRAZY on T-Mobile’s network!

Data usage more than doubled in the path of totality alone during the eclipse – and customers were able to share all their tweets, snaps, instas, messages and more with all the confidence in the world because only T-Mobile has America’s best unlimited network.

Here’s a look at how much more data Un-carrier customers were using on their mobile phones during the eclipse (PS – who were all those people watching Netflix?):

If you were watching the eclipse from Atlanta, congrats! You were in the area that used more data during the eclipse than any other near the path of totality. Customers in Columbia, SC came in a close second, which is especially noteworthy given the smaller population there! Kansas City and Salt Lake City rounded out the top four. 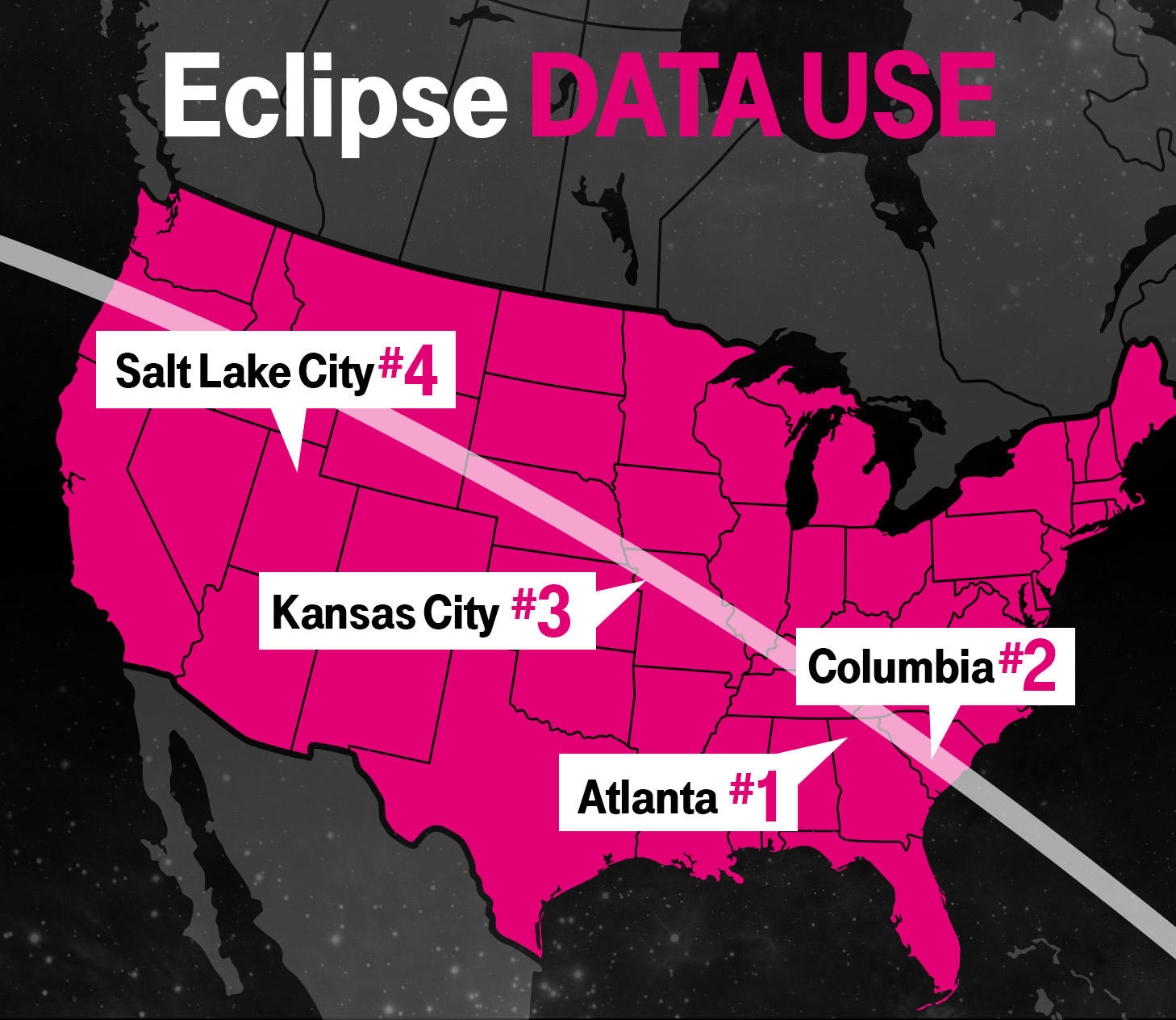 T-Mobile’s network has eclipsed the competition – and America has a new #1 network. Earlier this month, T-Mobile swept OpenSignal’s State of Mobile Networks report, claiming the top spot in EVERY SINGLE CATEGORY. And in July, we were the fastest for the 14th quarter in a row according to Ookla Speedtest.net data, which is based on millions of actual customer experiences.

It’s only going to get better for T-Mobile customers. Since 2015, T-Mobile has doubled its LTE coverage and now covers 315 million people. By the end of the year, the Un-carrier expects to expand LTE coverage to 321 million people. With its rollout of 700 MHz Extended Range LTE nearly complete, T-Mobile is further broadening its LTE footprint for customers with its newly acquired 600 MHz spectrum.

OpenSignal Reporting U.S.A. (August 2017). © OpenSignal. All intellectual property rights, data, content, graphs & analysis in report is owned by OpenSignal. Reports produced by OpenSignal may not be quoted, reproduced, distributed, or published without prior written consent. *14 quarters fastest LTE based on Ookla's analysis of Speedtest Intelligence data from Q1 2014 through Q2 2017. Ookla® trademarks used under license and reprinted with permission.