Get 50% off your eligible new line today.

Plus, get iPhone SE On Us when you add a line on a qualifying Business Unlimited Advanced or Ultimate rate plan. All on the network that gives you more 5G bars in more places.

Dial 611 to talk to an expert today

50% off via monthly bill credits. SE On Us: With 24 monthly bill credits when you add a line. For well-qualified customers; plus tax. 5G: ​T-Mobile has America's largest 5G network. Capable device required. Some uses may require certain plan or feature; see T-Mobile.com. See full terms

Get 5G access at no extra charge plus award-winning service and benefits—with no hidden costs, fees, or compromises.

5G: Capable device req'd; coverage not available in some areas. Some uses may require certain plan or feature; see T-Mobile.com.​ 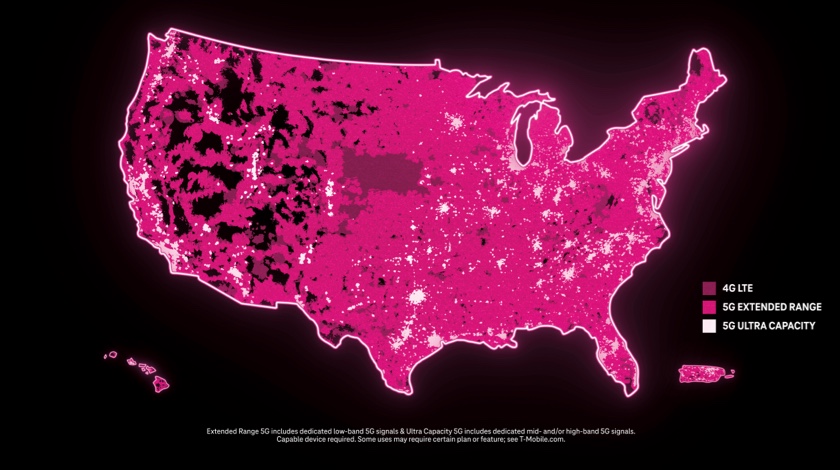 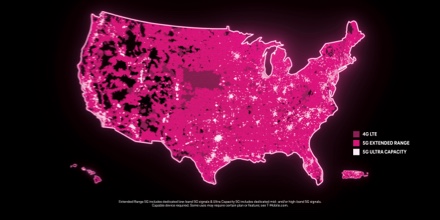 We cover more of the U.S. with our nationwide 5G—nearly twice the 5G coverage area of AT&T and four times that of Verizon, including the most interstate highway miles in America. And with our Ultra Capacity 5G, we’re bringing speeds as fast as Wi-Fi to more places across the country.

Capable device req'd; coverage not available in some areas. Some uses may require certain plan or feature; see T-Mobile.com. Speed claim based on analysis by T-Mobile of Speedtest Intelligence® data from Ookla® U.S. median 5G T-Mobile results from cities with 2.5GHz speeds compared to mobile wi-fi results for Q4 2021. Ookla trademarks used under license and reprinted with permission. Nationwide based on T-Mobile analysis of population covered.