Friday, March 13, 2020: The President of the United States declares a national emergency due to the coronavirus outbreak. That same afternoon, the superintendent of Oakland Unified School District (OUSD) in Oakland, Calif., declares that, starting the following Monday, OUSD’s 80 K-12 schools would cease in-person classes. The district’s 35,000 students would shift to distance learning through online classes and homework for at least the next month. And so began the most profound logistical challenge that Oakland school administrators had ever confronted.

In this city of 425,000 in Northern California’s San Francisco Bay Area, simply messaging the shift to families was complicated. With minority enrollment at 89% of the total student population, and Latinos accounting for 44%, Oakland USD is by far one of the most diverse school districts in America. Throughout the district, about 11,000 students, or 30%, are learning English for the first time. Half of all students speak one of more than 50 different languages at home.

But communication wasn’t the only hurdle. At the time, says Susan Beltz, chief technology officer of OUSD, only 12% of Oakland’s 35,000 low-income students had a home internet connection.

Even among those who had the hardware, most still lacked the service to get online, leaving a huge disparity between those prepared with the tools for distance learning and those without. That disparity is an ongoing issue known as the Digital Divide — or in the context of school, the Homework Gap — and it plagues not only OUSD but school districts across the country. For Oakland schools and students, shifting to online-only classes was not as simple as just getting on Zoom. “The logistics were mind-boggling,” Beltz said.

She and Ali Medina, executive director of the Oakland Public Education Fund, charged ahead. They partnered with administrators across the district, plus officials from the City of Oakland. They all had the pandemic-incited emergency in mind, but they also saw the bigger picture. “We came together to say there's this huge need, and it’s essentially the issue of this generation and it's got to get solved,” Medina says. “We were all truly answering a call, and that includes T-Mobile, to do what's right. We have this technology, and we're going to get it into the hands of kids that need it.”

Recognizing that the problem is bigger than government or nonprofit agencies can address alone, T-Mobile has devoted immense resources to bridging the Digital Divide for years — and, with its Project 10Million, the Homework Gap. Announced in 2019 and launched the following year, T-Mobile’s Project 10Million has been providing schools with connectivity solutions for a year, and prior to that with its smaller-scale EmpowerED campaign, so the company already had a relationship with Oakland USD and the Oakland Public Education Fund, the nonprofit that fundraises and serves as a fiscal sponsor for OUSD.

But COVID upped the urgency. The key to bridging Oakland’s Homework Gap would be to scale up — and to do it faster than anyone imagined possible. An early donation from Twitter CEO Jack Dorsey to what became known as the #OaklandUndivided campaign paid for thousands of new tablets and laptops for students. But there was no service for the devices. “And here came T-Mobile like a knight in shining armor,” Medina said with a laugh.

T-Mobile and OUSD’s partnership had begun on a much smaller scale. In this new scenario, every aspect expanded. Beltz and Medina convened weekly meetings between district administrators, city officials and T-Mobile staff. Day after day, week after week, they stayed in touch with dozens of staffers in disparate organizations and departments.

“We were having these recurring conversations about, you know, when are the hotspots coming in? And when they arrive do you want us to install the SIM cards or do you want to do it? And how are we tracking all this stuff and how do we know when a line should be shut down because the device got lost and there's no longer any usage?” said Beltz. “It was a lot of in-depth work to make sure that these devices were going out to kids and being used by kids and were well supported, and being replaced and reissued when they needed to be. The vendor partnership with T-Mobile has been amazing because once the contract was signed it wasn’t just like, ‘OK, we’re going to ship a bunch of devices and we’re off to our next customer!’” 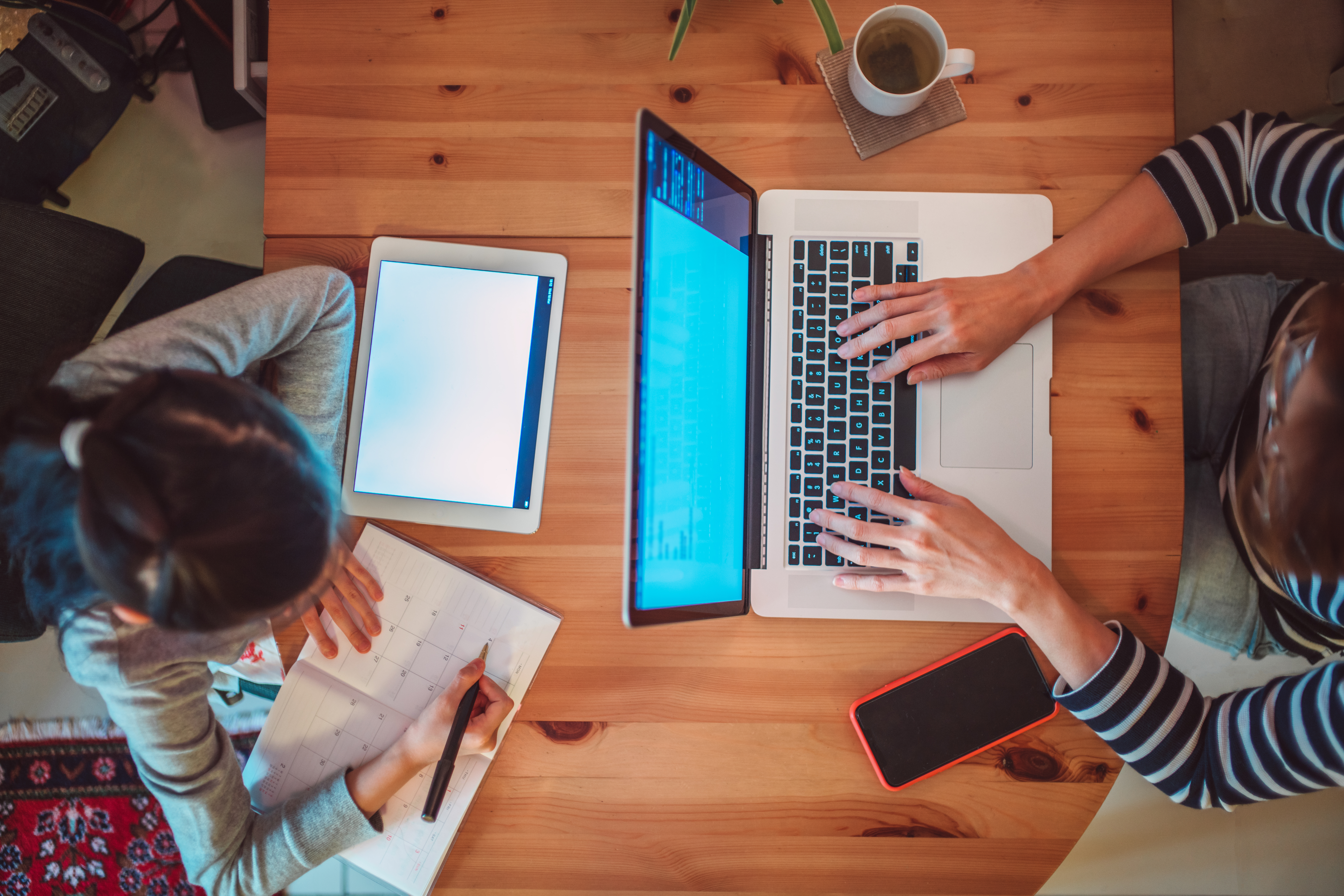 It was a labor of love between us, the city and T-Mobile to try to get this contract right. I say that I'm a telecommunications expert now. But it really was kind of an amazing experience. I say it all the time, if it hadn't been for T-Mobile we would not have been able to have all these kids connected. It was a true investment on T-Mobile's part, an investment of time, resources, energy, creativity.

Together, #OaklandUndivided procured and distributed tens of thousands of wireless devices, including hotspots, tablet and laptops, plus service plans to get them all up and running in classrooms and private homes across Oakland. It took months, even at warp speed. And the partnership has not only weathered a year of remote learning, it’s ongoing in the new school year. Now almost every student in the district can get online — Beltz and Medina say that Project 10Million has helped improve the connectivity rate from 12% to 98%. But the challenge is never ending.

“There's always that next student that just moved to Oakland and is enrolling,” Beltz says. “And even if they're attending school in person, you still want to make sure that the Homework Gap and the Digital Divide continue to be solved."

“I’ve spent my entire career in tech,” she continues, “and the term ‘Digital Divide’ has existed since the ‘90s. The fact that it has such tremendous urgency in 2021 shows where things are and this tremendous opportunity gap between people who have connectivity and devices and people who don’t. I think there’s real recognition on the part of education leaders and city leaders to say, ‘This is not acceptable for our kids.’”

With Project 10Million running full steam ahead in Oakland (and with T-Mobile already connecting a total of 3 million students across the U.S.)

Medina is especially excited about continuing this work during Hispanic Heritage Month. She emphasizes her own Latina heritage to make a crucial point. “Project 10Million did a huge service for our students of color,” she says. “The pandemic exacerbated the problems that exist because of the difference between the haves and the have-nots. But what it really did was prompt all of us to dig deep and say, ‘We’re going to serve low-income students and students of color who are low income to make sure that they have equal access and equity in the educational space. It was a major step forward, a shot across the bow, that ‘we’re going to take equity and turn it around. We’re not going to let this disparity continue to separate kids and their ability to learn. Because that’s the way you have economic mobility and success in the world in which we live. We want everybody to have equal access to opportunities.”