Bellevue, Washington – October 30, 2017 – Extra innings, super close games and SO MANY HOMERS – this World Series has already been one for the record books. We’re all on the edge of our seats as the Dodgers and Astros fight for the Commissioner’s Trophy in an absolute slugfest.

With all the excitement, we decided to have a little fun and compare how Dodgers and Astros fans used their phones in the ballparks during the first four games. T-Mobile customers at Dodger Stadium posted to Instagram nearly 1,000 times every minute during game two, but where they consistently beat Houston was video streaming – more than twice the amount of Netflix video and almost one and a half times more YouTube video than fans in Houston. The Astros’ home crowd was WAY more active on social media, posting to Facebook and Twitter 5.5 and 6.5 times more than the LA crowd. 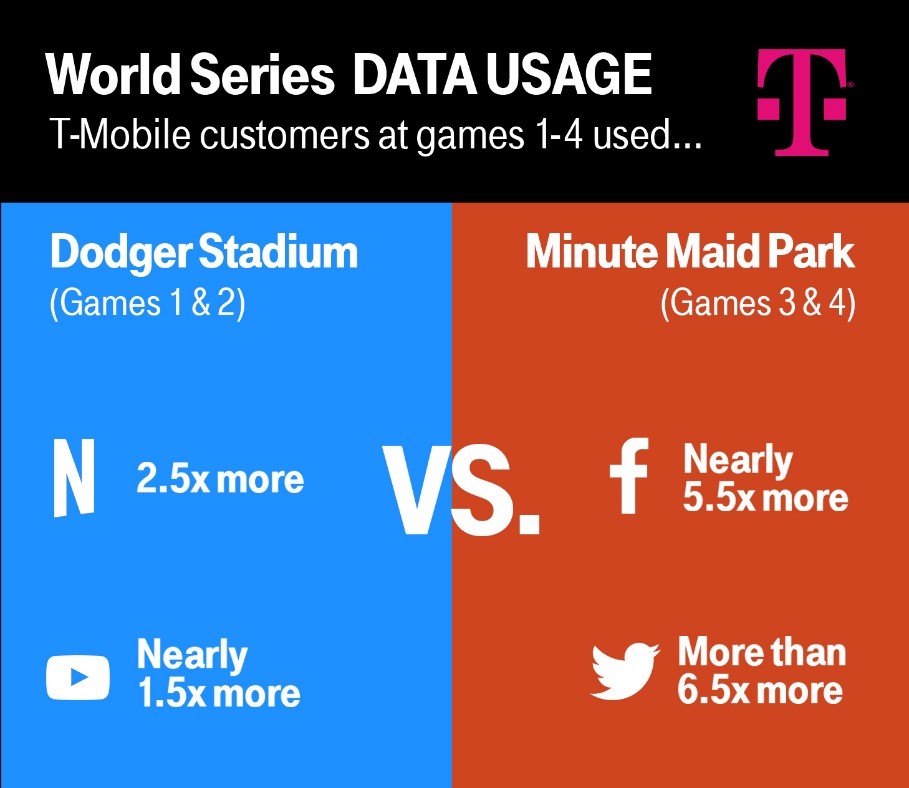 There’s no doubt a lot of these tweets include the hashtag #HR4HR. T-Mobile has pledged to donate $20,000 for every home run and another $2 for every #HR4HR tweet to Team Rubicon’s hurricane relief projects. And with a record-setting 22 home runs in the World Series so far and fans tweeting like crazy, we’ve raised more than $2.2 million and counting!!! What an incredible post-season for such a great cause! To learn more about #HR4HR, click here.