It’s been a busy first quarter for the Sprint network team. Across the country we’ve been hard at work upgrading thousands of cell sites and lighting up tens of thousands of small cells. Our Next-Gen Network build is well underway as we invest billions to give Sprint customers an even stronger 4G LTE Advanced network and launch mobile 5G in the first half of next year. 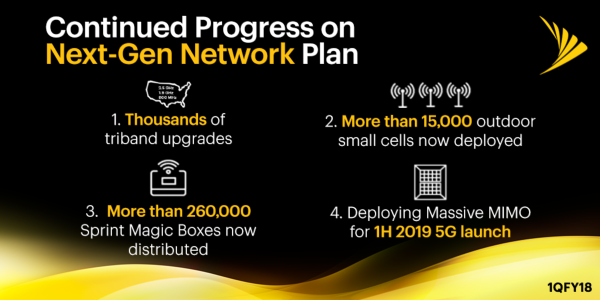 Here are just some of the results we achieved with our network build this past quarter:

A Most Improved Network

As we deploy more 2.5 GHz, our download speeds have dramatically increased. And recent independent reports show a clear trend, that Sprint is the most improved network. 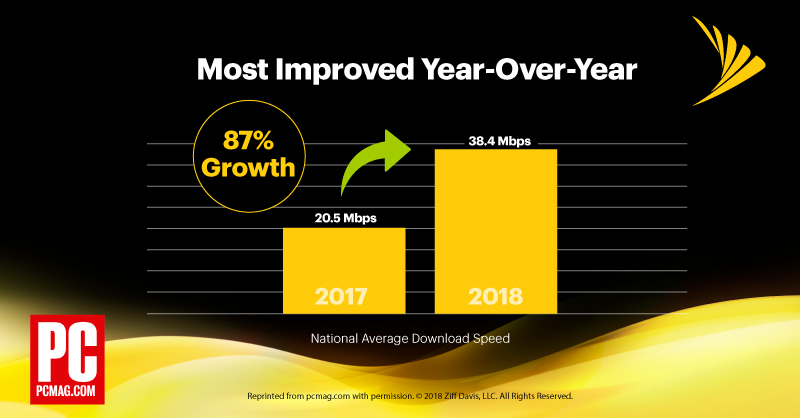 More on the Way, Including Our First 5G Phone!

We’ve made great progress and we’re committed to making our network even better for our customers. The Sprint Next-Gen Network build stems from our largest investment in years, and we’re unleashing our spectrum assets to improve coverage, reliability and speed nationwide as we work to launch mobile 5G in the first half of 2019.

Massive MIMO is our award-winning strategy for 5G. This game-changing technology is capable of delivering up to 10 times the capacity of current LTE systems, significantly increasing data speeds for more customers in high-traffic locations. And because Sprint has so much 2.5 GHz spectrum, we can use Massive MIMO to deliver 4G LTE and 5G on the same radio simultaneously. 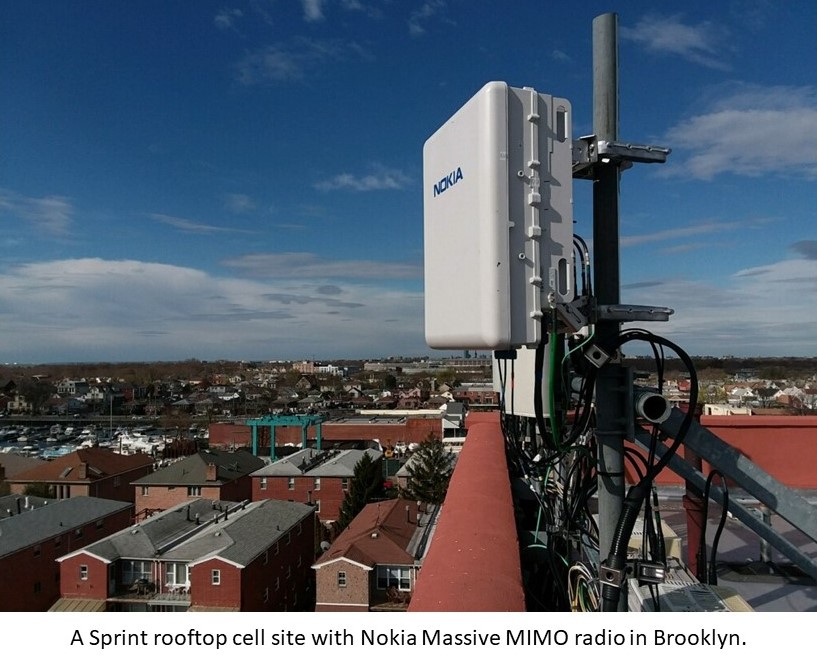 In our first quarter of FY18 we continued field testing and optimizing Massive MIMO radios in locations such as Dallas, Los Angeles and New York City. Some sites are now running commercial traffic and the initial performance results are very promising. Today we’re seeing a more than 4X increase in speed on these sites, as well as increased coverage and cell edge performance.

When it comes to 5G, the network is only part of the equation. This is why we’re excited to keep making progress on our first 5G smartphone and Always Connected PC. In the first half of 2019 we plan to launch mobile 5G in nine markets initially – Atlanta, Chicago, Dallas, Houston, Kansas City, Los Angeles, New York City, Phoenix and Washington, D.C. And we expect Sprint customers will be among the first in the world to have access to a beautifully designed 5G phone.

It’s an exciting time to be in wireless with LTE networks rapidly advancing and 5G on the near horizon. You’ll see us accelerate our build activity in the months ahead. More triband upgrades, more innovative small cells, and more game-changing Massive MIMO powering a Network Built for Unlimited.

These technologies and more all play a pivotal role in improving the network experience for our customers under any scenario. If Sprint proceeds as a standalone company, our investment helps us continue improving our 4G LTE Advanced network, and launch mobile 5G in the first half of next year. If the merger with T-Mobile is approved, our investment helps the combined company rapidly create the best nationwide mobile 5G network, fueling a wave of innovation and disruption throughout the marketplace.

2 Signal and speeds based on optimal conditions for most Sprint devices.

3 Based on analysis by Ookla® of Speedtest Intelligence® data for average download speeds from June 2017 to June 2018 for all mobile results. Ookla trademarks used under license and reprinted with permission.

4 Based on analysis by Ookla® of Speedtest Intelligence® data average download speeds in Q2 2017 and Q2 2018 for All Mobile Results where each top carrier had results of at least 100 tests within both Quarter periods. Ookla trademarks used under license and reprinted with permission.