Today Sprint (NYSE: S) announced it has reached a significant milestone on its path towards launching mobile 5G service beginning in the first half of this year. Together with Nokia and Qualcomm Technologies, Inc., a subsidiary of Qualcomm Incorporated, the companies this week completed the world’s first over-the-air 5G data transmission using 2.5 GHz and Massive MIMO on Sprint’s live commercial network.

“This is a big step forward – Sprint 5G is now out of the lab and in the field as we prepare for our commercial launch in the first half of this year,” said Dr. John Saw, Sprint’s Chief Technology Officer. “We’re making great progress towards giving Sprint customers the first mobile 5G experience in nine top cities with the first 5G smartphone in the U.S.”

“Nokia is pleased to work on another 5G first with Sprint and Qualcomm,” said Mike Murphy, Chief Technology Officer for North America, Nokia. “By using 2.5 GHz for 5G, existing sites nationwide can be re-used, with indoor coverage as well. This first standards-based call is thus a critical step towards Sprint’s offering of a 5G service to its customers.” 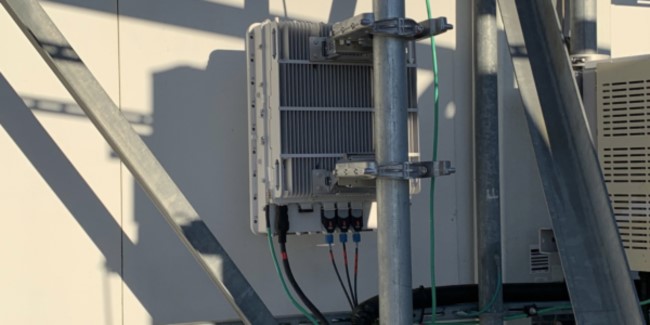 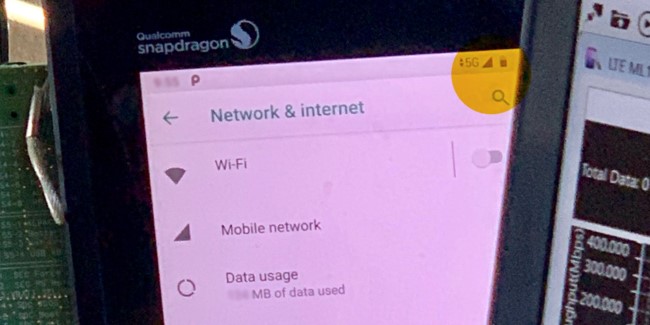 This week’s successful test at a commercial Sprint cell site follows earlier 5G milestones by the company. In December, Sprint completed its first 5G NR data transmissions inside its lab in Reston, Va., using its 2.5 GHz spectrum, Massive MIMO radios from both Nokia and Ericsson, and a mobile smartphone form-factor test device from Qualcomm Technologies.

Sprint 5G Launching in First Half of 2019
Sprint is executing its award-winning 5G strategy with 2.5 GHz spectrum and Massive MIMO technology to launch its blazing-fast service beginning in nine top cities in the first half of 2019. They include Atlanta, Chicago, Dallas, Houston, Kansas City, Los Angeles, New York City, Phoenix and Washington, D.C. From the start, the company is designing mobile 5G footprints covering these downtown metros. Using its super-fast, mid-band 2.5 GHz spectrum, Sprint plans to offer contiguous coverage in the downtown area of these cities for its highly mobile, on-the-go customers.

Sprint’s 5G build out is well under way with hundreds of Massive MIMO radios deployed last year. Massive MIMO is a breakthrough technology that dramatically improves the capacity of Sprint’s LTE Advanced network with equipment that is software upgradable to 5G. Sprint’s 64T64R Massive MIMO radios support split-mode, enabling the company to offer LTE and 5G simultaneously on the same radio. Initial results from early deployments show Massive MIMO is driving a 4X average increase in capacity and speed with peak increases up to 10X over LTE. With Massive MIMO at the foundation of its mobile 5G service, Sprint can keep meeting its customers’ demand for unlimited data and high-bandwidth applications.

5G promises new levels of innovation and progress to connect people, places and the billions of things Sprint customers do with blazing-fast speed and ultra-reliable wireless connectivity. Sprint customers will experience mobile 5G with the first 5G smartphone in the U.S. from Sprint and LG. Sprint’s 5G device portfolio will also include a 5G mobile smart hub from HTC and a 5G smartphone from Samsung.

To follow Sprint’s Next-Gen Network build out and its road to 5G, visit http://newsroom.sprint.com/network/.

About Sprint:
Sprint (NYSE: S) is a communications services company that creates more and better ways to connect its customers to the things they care about most. Sprint served 54.5 million connections as of Sept. 30, 2018 and is widely recognized for developing, engineering and deploying innovative technologies, including the first wireless 4G service from a national carrier in the United States; leading no-contract brands including Virgin Mobile USA, Boost Mobile, and Assurance Wireless; instant national and international push-to-talk capabilities; and a global Tier 1 Internet backbone. Today, Sprint’s legacy of innovation and service continues with an increased investment to dramatically improve coverage, reliability, and speed across its nationwide network and commitment to launching the first 5G mobile network in the U.S. You can learn more and visit Sprint at www.sprint.com or www.facebook.com/sprint and www.twitter.com/sprint.

Qualcomm and Snapdragon are trademarks of Qualcomm Incorporated, registered in the United States and other countries.
Qualcomm Snapdragon is a product of Qualcomm Technologies, Inc. and/or its subsidiaries.