When you thank Jamie Weare for his service you might notice he doesn’t say the words “Thank You.” Instead, he uses a universal language by signing the phrase with his hands. It’s a visceral response to your gratitude, even if, as Jamie admits, you’re most likely unaware of the specific sacrifices he’s made.

“When I got into the civilian world, I felt people didn’t really grasp it at the time,” explains the T-Mobile interim coach at the Menaul Call Center in Albuquerque, New Mexico. “They understood something happened and there’s a lot of ‘sorry for your loss’ and ‘thank you for your service,’ but to understand what that really means I think you have to have a loved one who served or have served yourself.”

What happened to Jamie after joining the Infantry in 2001 is not just a memory you neatly tuck away and move on from. It’s a part of who he is, and it’s also the part of him he suddenly felt he needed to hide when he began his journey back into civilian life.

‘It’s become easier to talk about the accident,” says Jamie. “It’s the 20th anniversary this year. On March 29th 2002 I was involved in a training accident where a 120 mortar round misfired and basically exploded inside the tube. As a result of that accident three of my brothers in the vehicle with me that night never left Fort Irwin in Barstow, California.”

Jamie says he recuperated at the VA for almost 3 months, but emotionally he knew he also had to learn to cope. He remained in the army until 2004 partly because of opportunities he still wanted to accomplish and also because admittedly there was comfort in being surrounded with people who had similar experiences and understood his struggles.

“Returning to civilian life was a challenge,” he says in reference to the mental health effects of his experience. “I had several jobs along the way and I felt like a lot of what came with me as a veteran is just swept under the rug and the only job that understood who I was and encouraged me to have an open dialogue about it and participate in different events to help others who have post-traumatic stress disorder was T-Mobile.” 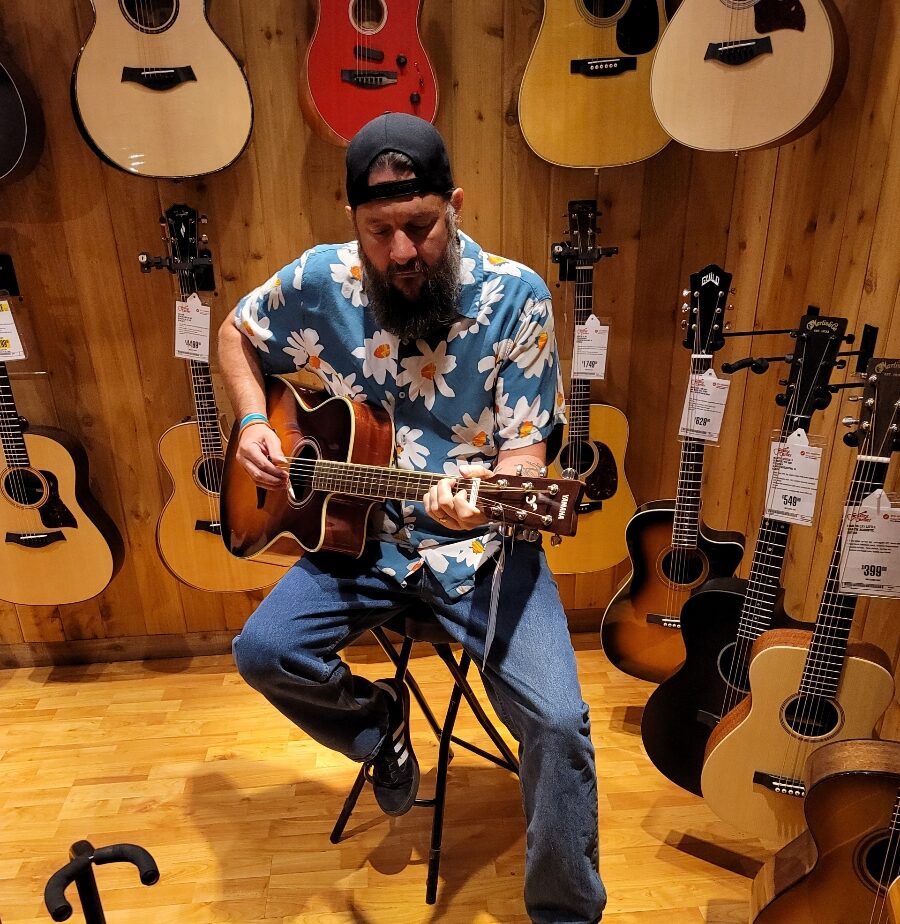 The only job that understood who I was and encouraged me to have an open dialogue about it and participate in different events to help others who have post-traumatic stress disorder was T-Mobile.

When he applied for a job with T-Mobile after another telecommunication company he worked for closed its store during the pandemic, Jamie says he was unaware that the company was designated by Military Friendly® as a top Military Friendly Employer and Military Spouse Friendly employer, or that T-Mobile had made a commitment to hire 10,000 veterans and military spouses by the end of 2023 (the company is about 84% there!).  But, he says from the first day he stepped into his new role it was apparent what kind of support he was going to receive. The real kind.

“It’s not a publicity stunt,” he says with a smile when asked if he feels truly appreciated for his service at work. “T-Mobile doesn’t just say thank you, they honor you for the whole person you are. The skills I learned in the Army have made me flexible and translate well at work. T-Mobile has given me opportunities to use those skills in several different areas: I have been in closed loop, an interim associate trainer, and now an interim coach!”

Jamie says beyond being invited to NYC in 2021 to participate in the Veterans Day Parade and being connected with other veterans and supporters through T-Mobile’s more than 11,000 member strong Veterans & Allies Employee Resource Group, he also was able to take advantage of health benefits that catered towards goals of managing his PTSD.

“T-Mobile has an amazing benefit that gives you 10 free counseling sessions to help you try different counselors to see what works for you,” says Jamie, “and that’s what I was able to do. My PTSD is so much more manageable now, even without the need for medication.”

Aware of the staggering statistic regarding how many U.S. veterans continue to report having developed a mental health condition such as post-traumatic stress disorder and depression, the company has tailored elements of its wellbeing resource LiveMagenta for its veteran employees requiring support.

Jamie says he also has made use of the company’s childcare subsidy for his family and the tuition reimbursement program to attend The University of Arizona Global Campus to continue his higher education free of charge. He says when he first found a job opening at the T-Mobile call center, he had no idea about the company’s commitment to veterans and veteran family employment. But he says since the moment he applied for a position and reported his veteran status, he has seen for himself the investments being made to the military community.

Jamie says he is proud that T-Mobile continues a presence at hundreds of job fairs and Veterans Affairs offices across the country and also partners with not-for- profit organizations such as Hiring our Heroes, FourBlock, and Warriors4Wireless to help fund career readiness programs and community support initiatives. 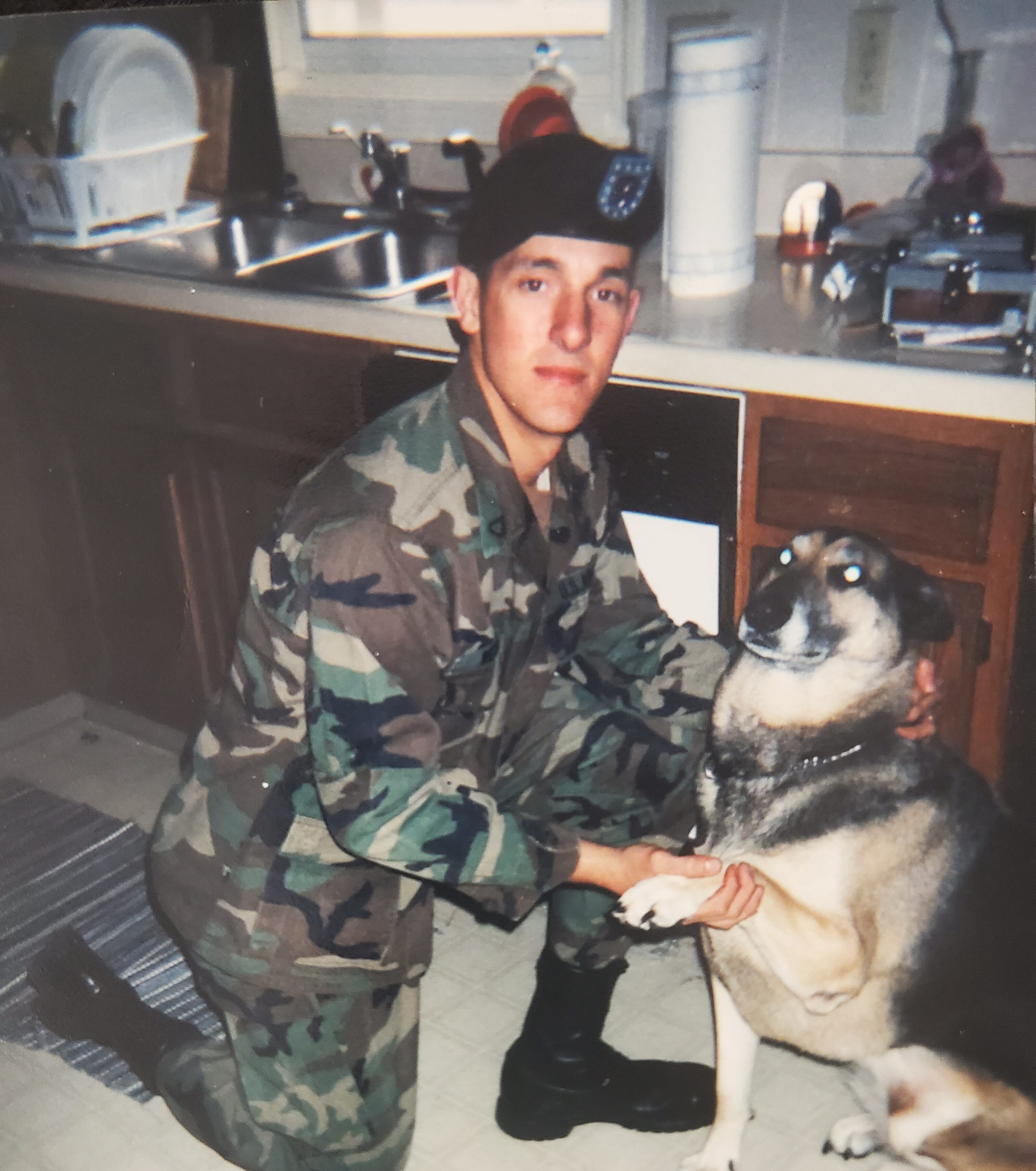 In my experiences there have been a lot of companies that don’t want to talk about the realities of serving and would rather hide behind the guise of ‘Thank you for your service.’ But T-Mobile really is there with impactful support for veterans.

He says he was excited to hear that the company also expanded its successful TechX Returnship Program to include veterans. TechX Returnship is a partnership with reacHIRE that helps facilitate paths to leadership roles for women—and now veterans— returning to the workforce in technology roles. The program provides opportunities to those with tech-centric resumes who’ve taken a long professional career break to care for family members, raise children, or to serve in the military.

“There are so many resources,” says Jamie. “I feel in my experiences there have been a lot of companies that don’t want to talk about the realities of serving and would rather hide behind the guise of ‘Thank you for your service.’ But T-Mobile really is there with impactful support for veterans.”

Jamie’s vulnerability about the challenges he’s faced is as disarming as his positivity. He’s the personification of pulling oneself up by the bootstraps. An indelible force of human spirit. And this year, Jamie received the company’s PEAK Achievement Award, the pinnacle of recognition at T-Mobile, which goes to the top 3% employees who are nominated by leadership and peers for being outstanding in job performance and company values. Winners and their plus-one are treated to an all-expenses-paid trip to Maui to celebrate alongside the company’s senior leadership team, including CEO Mike Sievert.

“Going to PEAK was an amazing experience,” says Jamie. “Just a week of love and celebration and meeting with senior leadership to hear directly from them how we’re making an impact on the business. Words can’t express my true feelings when I try to explain why I am so happy to be working for T-Mobile,” says Jamie. “It gave me back so many things I had lost.”

To learn more about T-Mobile’s employment initiatives, plan discounts, and ongoing community investments and support for servicemembers and their families, head to the T-Mobile Military Landing Page.