John Legere has been calling AT&T and Verizon Dumb and Dumber for years but which one is which? Verizon took the “Dumber” crown last quarter in spectacular fashion. Things were going so bad they had to cave and offer unlimited data to save the quarter, and then they had to host a mea culpa conference call for Wall Street people the week after their earnings. Ouch!

This quarter, science will help us decide. And by science we mean a Verizon vs AT&T face-off in six categories – see the graphic below – from quarterly results to the level of ineptitude and BS displayed on the earnings call.

John Legere will announce his winner on social media after Verizon’s earnings on Thursday.

Update – The Results Are In – Verizon Crowned Dumber Champion

AT&T and Verizon are getting credit in the media for their quarterly results but c’mon people, they’re still getting whooped on by the Un-carrier!

AT&T lost phone customers and service revenue AGAIN. That’s not a good quarter. It’s just not the holy-trainwreck-abomination-of-a-quarter we’ve all gotten accustomed to with the Evil Empire. So kudos to AT&T for only being awful and not gawd awful.

Verizon on the other hand is exactly who we thought they were. 14th straight quarter with fewer postpaid phone adds than T-Mobile. Big service revenue loss. More tired “best network” comments based on the results from a single company that Verizon pays truckloads of money to and not a single mention of Go90 on the earnings call.

And so it is that we name Verizon our Q2 2017 Dumber Champion! 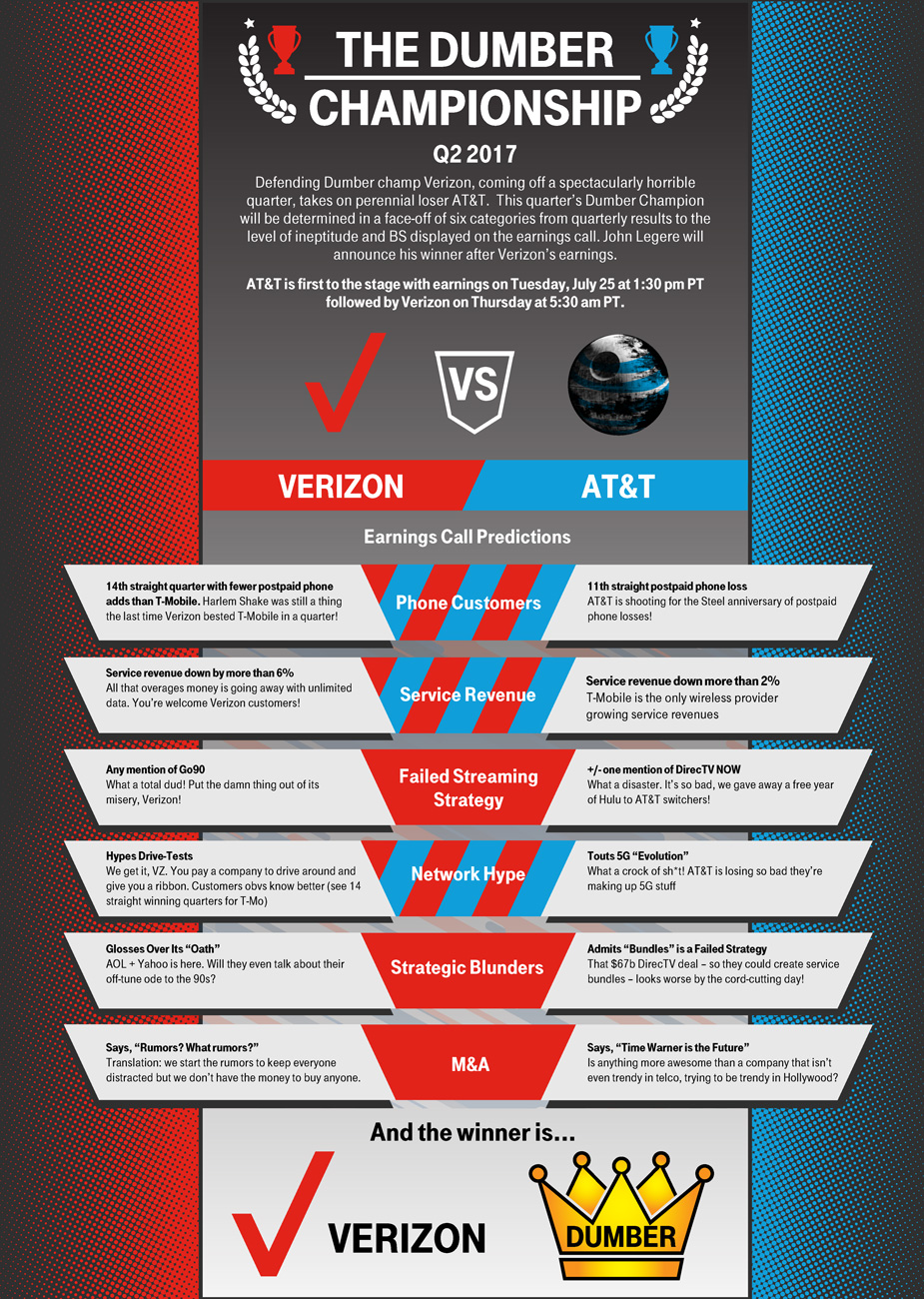