T-Mobile’s EVP of Communications and Community Engagement Janice Kapner and Chief Marketing Officer Matt Staneff are in charge of teams that create and message T-Mobile’s industry-shifting, customer-grabbing Un-carrier moves, so it’s no surprise that when it comes to summer bingeing, they both appreciate the power of good storytelling. And when they need a little downtime outside the office, they also know how to unwind with some classic summer jams.

I love fast-paced action/adventure movies, so this series was a hit! I like down-to-earth and humble heroes—and I love rooting for the underdog…. I love to escape with spy and espionage novels, which meant I was very excited to see this new Amazon series! If you like this genre, you’ll love this series for some light and easy-to-root-for action!

I have to admit, I’ve jumped into Season 2 of this original series with some real enthusiasm. You can’t really go wrong with a lineup of women like Nicole Kidman, Reese Witherspoon, Shailene Woodley, Laura Dern, Zoë Kravitz and now Meryl Streep. I personally love the Monterey, Calif. area too, so the backdrop reminds me of home! These women don’t have glamorous big-city lives, but they do have problems. Real, ugly problems. And they don’t always deal with them so well… Hmmm…. Sounds like the rest of us a bit! I’m enjoying it, and I readily admit that while I miss Alexander Skarsgård (but not his character), Meryl is the definition of creepy while appearing innocent. Entertaining all the way!

Summer movies are fun fare across the board. My husband and I plan to hit all the blockbusters from Rocketman and Spider-Man: Far from Home to Men in Black: International and Once Upon a Time in Hollywood. But our summer binge this year has been more about digging out old Oscar-nominated movies that we somehow missed. Most recently we watched Room with Brie Larson and Jacob Tremblay… and it was pretty amazing. Some tough moments? Absolutely. But you can’t fake acting when your “set” consists of a small square box for half the movie. I was impressed, and now we’re working through others on the list like Phantom Thread or Victoria & Abdul. And trust me: We have plenty of ground left to cover!

The Beatles (and a bit of Elton John!)

Music! Music! Music! Music in the sunshine makes the world go ’round! I’m going through a throwback phase right now and listening to some of the best of the Beatles. I didn’t grow up with them, and their music is all over (given the movie Yesterday), so I’m just enjoying throwback music of this great band… and a bit of Elton John, too! After seeing Rocketman, I got the bug for his greatest hits—and that list is amazing!

Keeping grounded and trying not to get caught up in salacious headlines can be tough. Sometimes some good ol’ NPR is the best way to catch up on what’s happening—and I do my best listening in the car as I commute to the office! 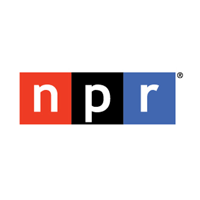 Four smart women from different professions are friends who help each other get through life’s ups and downs. But they also use their professional talents to solve some tough murders. A lawyer, a police officer, a medical examiner and, of course, a reporter come at these cases from all different angles to solve them. They’re also set in San Francisco—my home turf for many years. This series makes for great poolside reading with stories that keep moving but don’t make me work too hard! It doesn’t hurt that 16 of the 18 books have been New York Times best-sellers!

The Athena Project by Brad Thor

You’ve seen a pattern by now: I like to escape to action-oriented thrillers… and all of Brad Thor’s books are just that. This book, though, introduces a team of female special operatives and covers their struggle to fight for their position and defend a lot of innocent people. It doesn’t paint an easy picture… but it still has underdogs to root for and bad people to root against. At the end of the day, I’m thankful I don’t have to face these things… and I know there are real people out there who do. 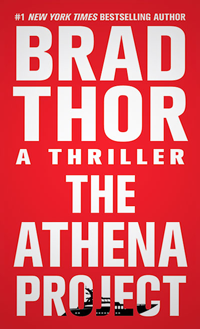 I’m sure you’ve watched Cinderella… but have you read it? I have—pretty much every night for the last four years! My two daughters love it and they can’t sleep without it. And now that we’re four years into our bedtime story tradition, I’m not sure if I can fall asleep without it, either! Spending time with my family keeps me grounded, and I’m grateful for it! 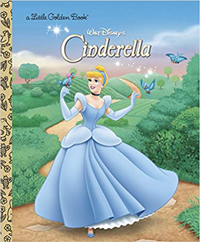 A smart tech publication with local roots, Geekwire is based in Fremont (Seattle, not California!), so they keep a close eye on the northwestern tech scene, and their reporting runs the gamut from small startups to Fortune 500 companies. If you’re wondering what’s going on in tech right now or want to know what’s on the minds of big industry players, Geekwire is for you.

My family and I recently moved into a new home and we have a long list of DIY projects we’re trying to tackle, which is why I think this HGTV series is so addictive. The host (also named Matt!) is a landscape contractor who approaches confused DIYers at home improvement stores and helps them build the yard of their dreams. It’s like the Cash Cab of home improvement. Sign me up! 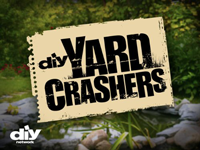 This might’ve been the perfect TV show. It’s over-the-top and still charming, and the humor is whip-smart. Almost five years after its six-year run, the cast list reads like a who’s-who of comedy. And at 22 minutes per episode, it’s an easy way to get a quick dose of laughs. 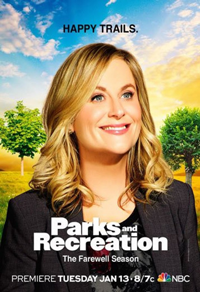 Early-career jams by Jay-Z, OutKast, the Roots and Common bring me back to my college days—not long before I started at T-Mobile! Nothing like a little nostalgia to break up the day. 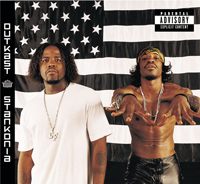 This small indie band from New Jersey is about to hit the road (again!). Even better: T-Mobile is hooking up customers up with EXCLUSIVE access to some of the best seats in the house for their upcoming Happiness Begins tour. What can I say—I love an on-brand band! 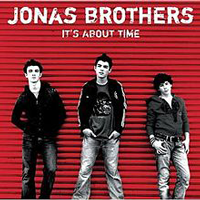