Grilled cheese sandwich. Check. Justin Bieber’s hair. Check. A Corn Flake shaped like the state of Illinois. Check. Believe it or not, all of these things have been sold on eBay. And two weeks ago, two-time Olympian, Nick Symmonds once again made headlines by auctioning off 9 square inches of skin on his right shoulder to be used as a billboard awarded to the highest bidder during six races leading up to and possibly including the 2016 Rio Olympic Games.

Symmonds’ eBay auction and placement of the winning bidder’s ad on his shoulder is not just about money, but he’s using it as a platform to protest IAAF, USOC and IOC sponsorship rules restricting what athletes are allowed to wear during high-exposure events.

To really no one’s surprise, John Legere, president and CEO of T-Mobile, who regularly supports top middle distance runners with race bonuses, came away with the winning bid on behalf of T-Mobile. John immediately took to Twitter earlier this week to ask his followers what temporary tattoo to put on Symmonds’ shoulder.

Earlier today, Legere and Symmonds met to pick out the tattoo Symmonds’ will wear on his quest to qualify for his third Olympic Games. The two decided on the image below. You can watch the whole thing, which was broadcast live on John’s Facebook page. 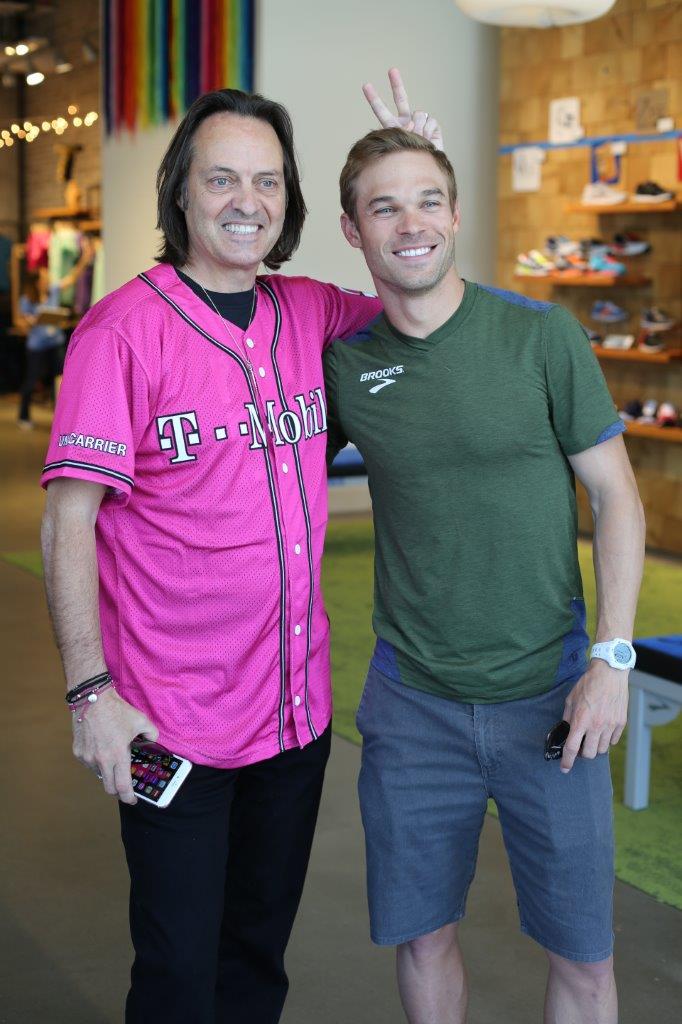