OVERLAND PARK, Kan. (BUSINESS WIRE), December 07, 2016 – Sprint (NYSE:S) and Niantic Inc., publisher and developer of Pokémon GO in partnership with The Pokémon Company International, are collaborating to create a special Pokémon GO experience in more than 10,500 Sprint, Boost Mobile and Sprint at RadioShack locations across the United States.

Beginning Dec. 12, just as The Pokémon Company International and Niantic reveal details about new Pokémon coming to the game, Trainers can visit select Sprint, Boost Mobile and Sprint at RadioShack stores and engage with the hugely popular location-based game.

For Pokémon GO players, this means:

“This collaboration with Pokémon GO brings together two innovative, groundbreaking and creative brands that will offer Trainers greater accessibility and destinations to advance their game,” said Marcelo Claure, Sprint CEO. “Pokémon GO is one of the most popular mobile games in history, and now players will be able to visit Sprint, Boost Mobile and Sprint at RadioShack stores to collect Poké Balls, Potions, Eggs and Razz Berries to make them a top Pokémon GO Trainer. We will also provide charging stations in stores so Trainers never have to worry about losing power.”

“We’re excited to bring Sprint onboard as our first U.S. partner by integrating Sprint, Boost Mobile and Sprint at RadioShack stores into Pokémon GO, providing an awesome experience to Pokémon GO Trainers,” said John Hanke, Niantic CEO. “As Trainers go out to explore their neighborhoods in pursuit of elusive new Pokémon, they can pop into their nearby Sprint locations to recharge, get great value data plans, collect in-game items, and battle with their favorite Pokémon.” 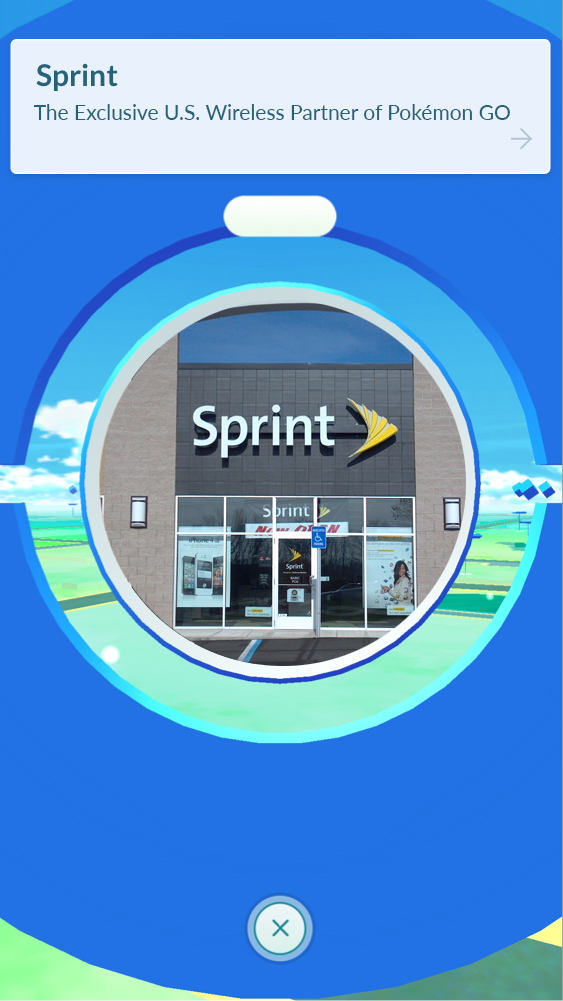 Gamers Never Have to Worry About Data Overages

What a great day for gamers! Sprint offers the best value for unlimited data, talk and text so that customers can complete their Pokédex without worrying about running out of data or surprise overage charges. When customers switch at least one line to Sprint and sign up for Unlimited Freedom with AutoPay, they get unlimited data, talk and text starting at just $20 per month/line for a family of five until Jan. 31, 20181. Customers will enjoy unlimited mobile optimized streaming videos, gaming and music, and unlimited 4G LTE data for most everything else, all while on the Sprint network. Because, who has the time to worry about data limits when you’re tracking Pokémon?

Sprint (NYSE: S) is a communications services company that creates more and better ways to connect its customers to the things they care about most. Sprint served 60.2 million connections as of Sept. 30, 2016, and is widely recognized for developing, engineering and deploying innovative technologies, including the first wireless 4G service from a national carrier in the United States; leading no-contract brands including Virgin Mobile USA, Boost Mobile, and Assurance Wireless; instant national and international push-to-talk capabilities; and a global Tier 1 Internet backbone. Sprint has been named to the Dow Jones Sustainability Index (DJSI) North America for the past five years. You can learn more and visit Sprint at www.sprint.com or www.facebook.com/sprint and www.twitter.com/sprint.

Niantic Inc. builds mobile real-world experiences that foster fun, exploration, discovery and social interaction. Originally incubated within Google, Niantic Inc., spun out in 2015, with investments from Google, The Pokémon Company and Nintendo. The company’s immersive real-world mobile game Ingress has been downloaded more than 20 million times and is played in more than 200 countries and territories worldwide. Niantic Inc., also developed and published Pokémon GO, the real-world Pokémon game for iOS and Android mobile devices that was downloaded more than 500 million times in its first two months. For more information on Niantic, please visit www.nianticlabs.com.

The Pokémon Company International, a subsidiary of The Pokémon Company in Japan, manages the property outside of Asia and is responsible for brand management, licensing and marketing the Pokémon Trading Card Game, the animated TV series, home entertainment, and the official Pokémon website. Pokémon was launched in Japan in 1996 and today is one of the most popular children’s entertainment properties in the world. For more information, visit www.pokemon.com.