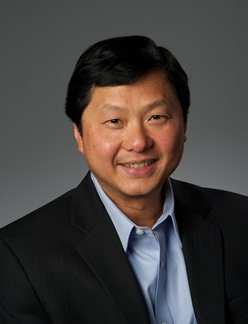 Today is a big day for TDD-LTE operators around the world including Sprint, China Mobile, SoftBank and many others. We’re excited to unveil High Performance User Equipment (HPUE), a breakthrough innovation for smartphones and devices that has the ability to extend our 2.5 GHz coverage by up to 30 percent, including indoors where the majority of wireless traffic is generated.

HPUE has been in development for nearly two years, and we are proud to help lead this effort in our continued drive to enhance the Sprint network for our millions of customers. In 2015, we began working on a solution to improve our 2.5 GHz coverage by increasing the uplink coverage of Band 41 devices. We worked closely with the Global TDD LTE Initiative (GTI) and companies such as China Mobile, SoftBank, Qualcomm Technologies Inc., Samsung, ZTE, Broadcom, MediaTek, Skyworks Solutions, Alcatel, Motorola, LG, Qorvo and others to address the required building blocks. Finally, our team, together with industry colleagues, ushered HPUE through the standards process, and 3GPP certification was granted on December 6, 2016. 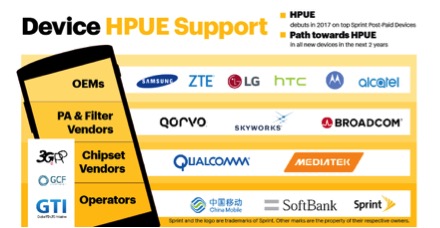 With HPUE, our outdoor 2.5 GHz coverage strength becomes nearly identical to our 1.9 GHz coverage. And indoors, where 60 to 70 percent of all wireless traffic is generated, HPUE enables our 2.5 GHz spectrum to achieve 90 percent of the indoor penetration that is currently achieved by our 1.9 GHz spectrum. The result? An even better experience for our customers with increased coverage, more capacity, and faster speeds. 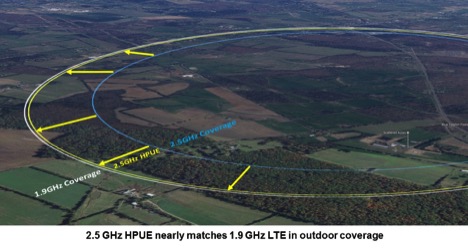 Our network is ready today for the initial roll-out of HPUE, including in our 250 LTE Plus markets. As for devices, we’re excited to see that leading players such as Qualcomm Technologies and Samsung plan to support Band 41 HPUE with devices slated to launch in 2017. Today we estimate that more than 600 million Band 41 2.5 GHz devices have shipped globally, making it one of the largest LTE ecosystems in the world.

Going forward, we will continue to leverage our 2.5 GHz spectrum with a toolkit of solutions to densify and optimize our network, surgically adding capacity where and when it’s needed. For example, in Manhattan we’re seeing tremendous results following our deployment of nearly 200 small cells. According to a commissioned study by independent measurement and analytics firm, RootMetrics®, comparing our pre- and post-small cell deployment in August and November 2016, we showed significant increases in our median download and upload speeds. Across Manhattan median download speed increased 43 percent while our median upload speed increased 56 percent. Looking ahead, we’ll keep rolling out more small cells along with new network advancements across the country such as 256 QAM and Massive MIMO. You’ll also see us push 1 Gbps speed boundaries very soon.

As we head into the New Year, we’re proud of the progress we’ve made with a network that is performing at best-ever levels. Our reliability continues to beat AT&T and T-Mobile and hold within 1 percent of Verizon.1 But even more important, we see that millions of customers are coming to Sprint for the value but staying for the network, as evidenced by our lowest postpaid churn rates ever. With more spectrum and capacity than any other carrier, and a team of innovators working with global leaders to pioneer advanced wireless technology, customers can be confident in Sprint, both now and well into the future.

Results based on RootMetrics® Manhattan Small Cell Study: August and November, 2016. Tested with best commercially available smartphones on 4 national mobile networks across all available network types. Experiences may vary. The RootMetrics award is not an endorsement of Sprint. Visit www.rootmetrics.com for more details.