When I moved from New York City to Bellevue, Wash. to begin my career at T-Mobile in 2018, I distinctly remember my first September 11th anniversary being away from my hometown. I remember because I struggled to explain to my new West Coast colleagues what the actual day was like in 2001 when the World Trade Center was attacked while I was a college student in Manhattan. It was hard to properly describe what it felt like to witness the Tribute in Light just six months later, and then on every anniversary thereafter.

While most people come to the Big Apple for work and opportunity before leaving for more space and cheaper rent, my family is made up of four generations of New Yorkers. The neighborhood known as Inwood, in upper Manhattan, is where my grandparents met, and then my parents. All in a single neighborhood.

My relatives identify with this place as if it’s another loved one in our family tree. A good number of my uncles and cousins (women included) became NYC police officers and firefighters. Working for the city that molded you into the person you had become only made sense. 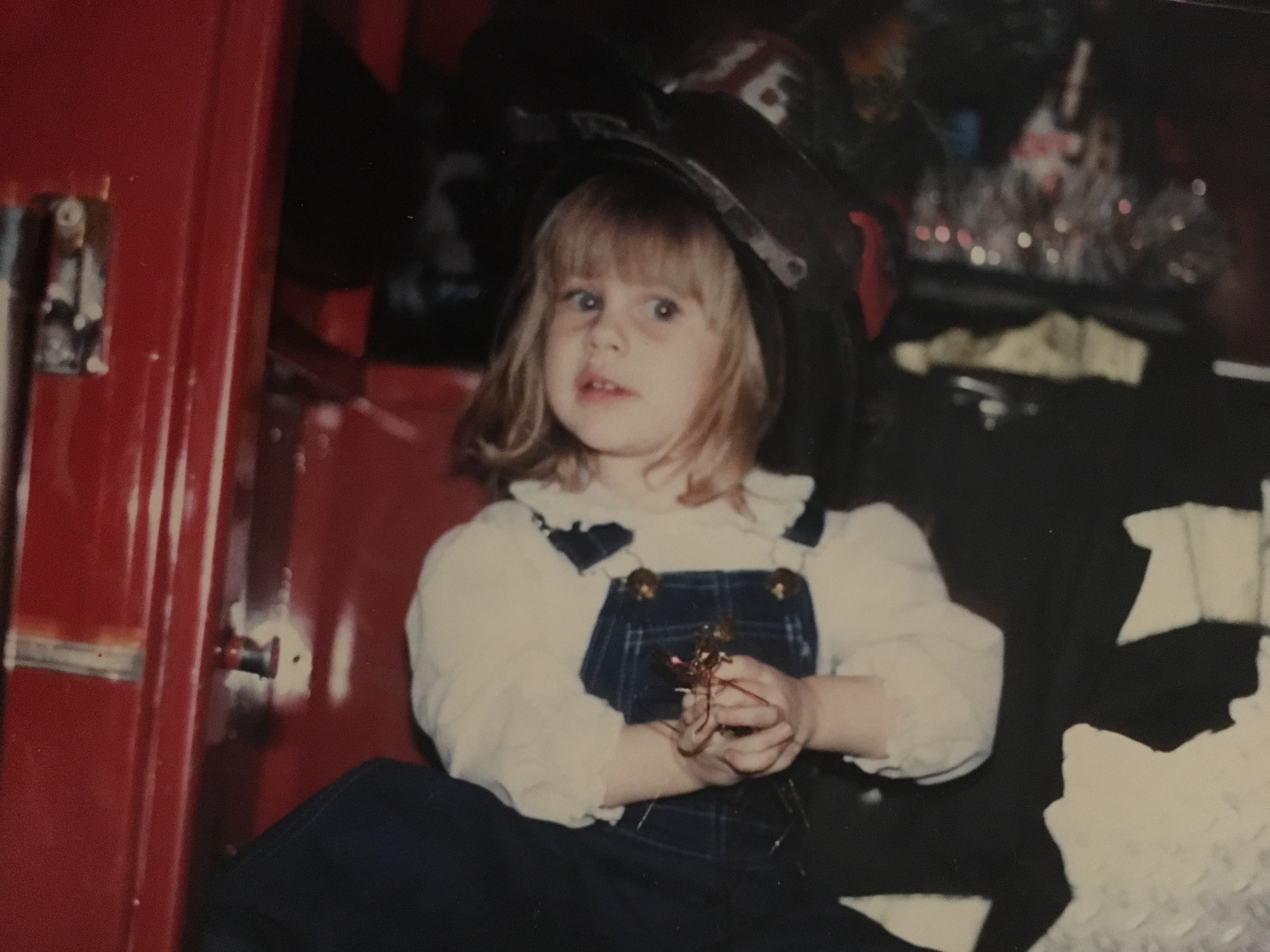 My memories as a child are made up of birthdays and holidays in NYC firehouses.

My memories as a child are made up of birthdays and holidays in NYC firehouses. My father spent 15 years of his life at Engine Company 45 and then Ladder Company 39 in the Bronx.

His stories of climbing high up into burning apartment buildings and bringing people to safety were my bedtime stories. I got my first pet thanks to the day he saved a box of kittens in a burning building. When my dad retired, like many in his line of work, it wasn’t by choice. He fell through two floors of an apartment building that was engulfed in flames and landed on his knee.

The attack on the World Trade Center on September 11, 2001 wasn’t just a national tragedy for my father. It was a personal one as well. I understand it may be hard for some people to see NYC as something other than the backdrop in movies or a place where you see a Broadway play or travel for work, but for my father this is the only home he has known. When his fellow firefighters and friends were killed that morning, 9/11 became more than an unprecedented terrorist attack on America — it became the largest funeral he ever attended. More than a dozen of those he knew from the fire department lost their lives. It’s hard to understand what it’s like to live through an event that takes so many close to you in a single day.

My father spent a lot of time assisting first responders at Ground Zero. It’s not something he talks about a lot. When he does, the stories are often haunting. And not just because of what he saw, but how he says those who stood with him were later affected by the toxic environment they spent day after day digging through. It’s really no surprise why he chose not to return to that part of the city for so long, even well after One World Trade Center was constructed.

But 2021 marks the 20th anniversary of the September 11th attacks and I wanted to invite my father to have a chance to pay his respects to those he knew at the memorial that now occupies the space. He traveled downtown with me to find the names of his friends at the fountain that lists the almost three thousand people who lost their lives that day, more than three hundred of whom were firefighters. We attended the 9/11 Tribute Museum, where he marveled at the ladder truck on display that he remembers being present while he was there searching for remains. 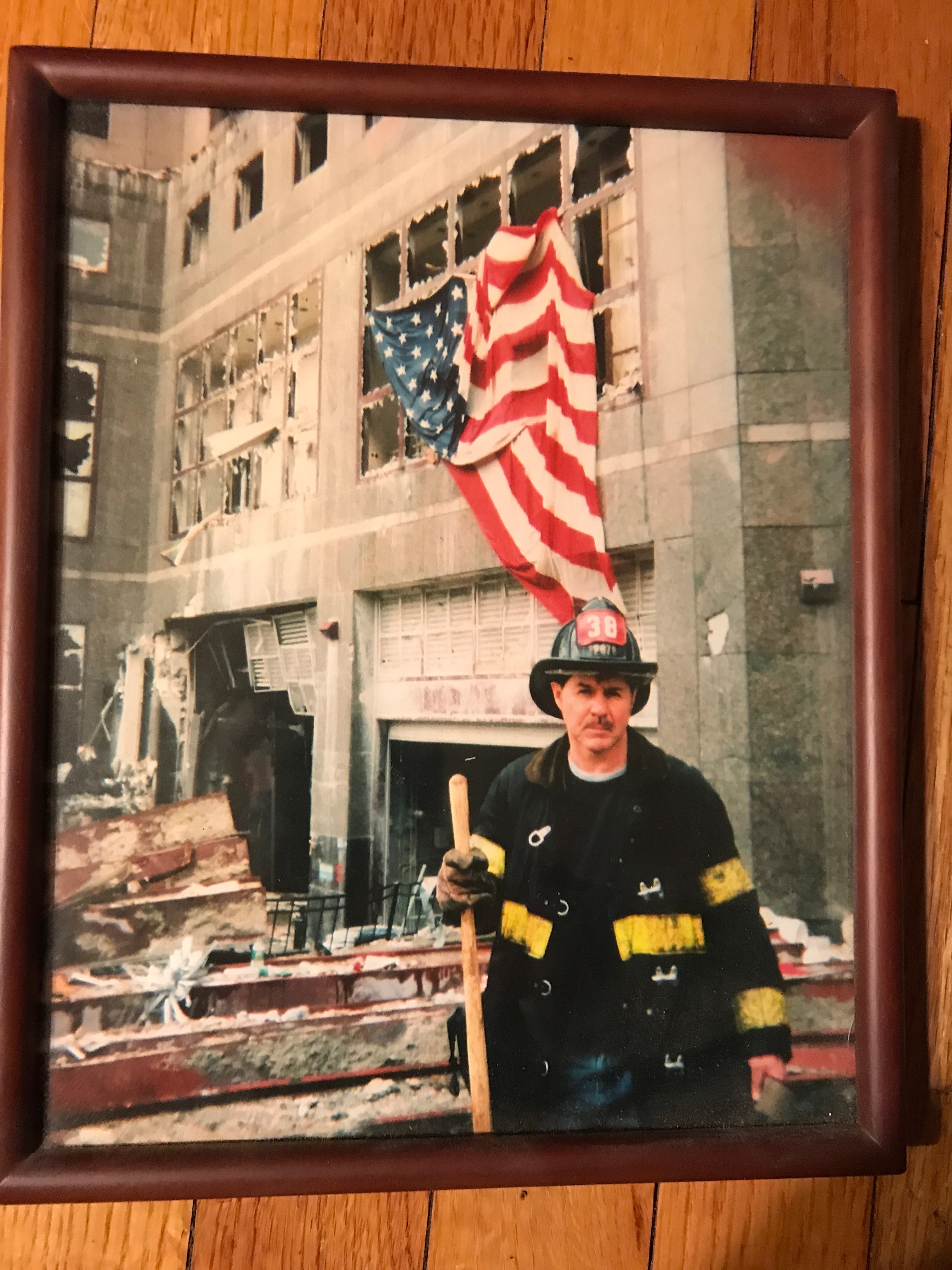 Memories keep the spirit of those lost alive.

The story of this visit and this anniversary are important to share with you, and not because of any of the recent headlines in the news regarding wars overseas that began after 9/11. They’re important because those like my father are living proof of how people come together in the most tragic of times. A lot has happened since the terrorist attacks of 9/11, but his stories are proof of how people in his city exhibited unfathomable selflessness. It is proof that love and kindness and brotherhood exist. And in a city of millions from all walks of life, cultures, religions and nations, that — perhaps now, more than ever — counts for something.

A lot of difficult memories came back for my father. But so did the stories of the incredible people he knew.

My dad doesn’t cry easily — blame the tough guy New Yorker in him. But on that visit he wept for those he lost, and he says it’s only right. And I feel it’s only right I share his story with any of you who may not know someone personally affected that infamous day. Now you do.

On this 20th anniversary of the events that took place on September 11, 2001, T-Mobile is honored to support HEART 9/11. In the wake of tragedy, this group of first responders representing FDNY, NYPD, PAPD and the NYC Building Trades came together to channel their collective experience into an opportunity to support others affected by disaster. We cannot thank them enough for their service then, and now.