Holy moly, what a game! The Patriots weren’t the only winners last night – T-Mobile customers also won big at the Super Bowl with unlimited data and super-fast LTE.

The other day, I predicted our network would be the fastest at this year’s game—just like we were last year. And, no surprise, the most advanced LTE network in the US crushed it. Crushed it all around. We trounced Verizon and AT&T so hard – on both upload and download speeds – that it wasn’t much of a competition. AT&T and Verizon even lost to Sprint. That's like the pros losing to a high school team. Ouch. Verizon talked a big game, but they barely beat AT&T on download speeds, and came in dead last when you look at download and upload speeds combined. I’d say there’s always next year for them, but we’re already juicing our network in Minneapolis. Sorry not sorry guys. 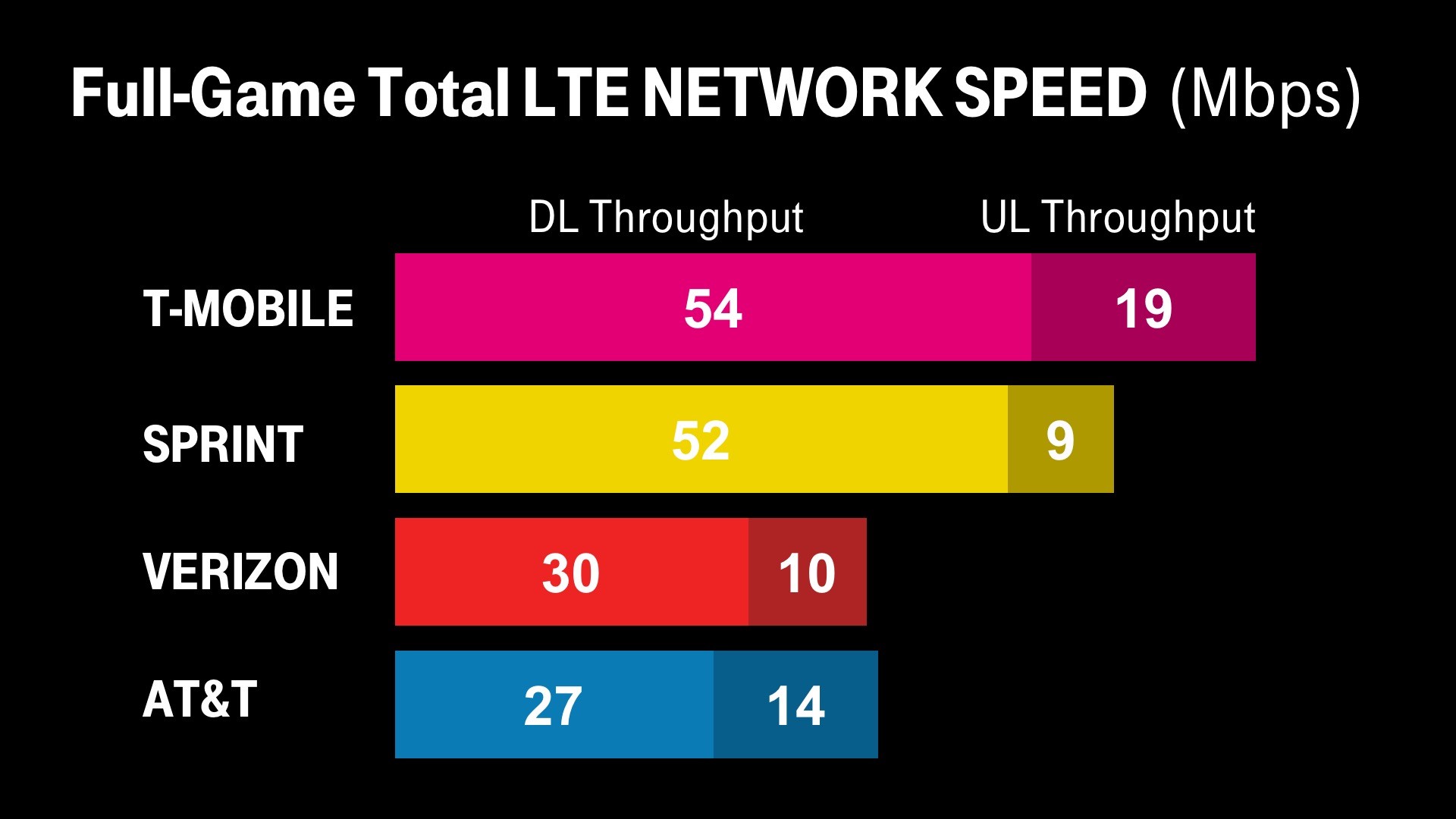 Not only was our LTE network the fastest at the game this year, but it was a full 150% faster than during last year’s game, even though we had a lot more customers using nearly twice as much data! Of course, with blistering speed combined with unlimited data, we saw Un-carrier customers at the stadium cut loose with their smartphones during the game using five times more data than usual. A few fun facts ….

I bet Verizon’s totally limited customers used a lot less data so they could avoid big overages. Unless they’re into that sort of thing…

The Patriots coming back to win in overtime was something no one expected, but I knew all along what the outcome of the Super Bowl would be as far as our customers’ network experience was concerned. To ensure wicked-fast speeds to the massive crowds, we permanently built out our LTE capacity in Houston – a stark contrast to the carriers’ approach. And we’ve delivered America’s fastest nationwide 4G LTE network for over three years and counting, according to independent third party data based on tens of millions of real-time, crowd-sourced tests by millions of real customers using their own real devices everywhere they live, work and play.

We already have the most advanced LTE network today, and it’s faster and advancing faster than any other. And unfortunately for the competition, we won’t stop.