The 2020 hurricane season, which runs from the beginning of June through the end of November, has shaped up to be the most active season in recent years. By mid-September, there were enough named storms to cycle through the entire English alphabet, something that has only happened one other year and means all remaining storms of the season take names from the Greek alphabet. This naming convention was established by the World Meteorological Organization Tropical Cyclone Programme as the 22nd storm formed during the infamous hurricane season of 2005, the year of Hurricane Katrina and when six storms were assigned Greek letters for names (so far this year, nine storms have been assigned Greek letters for names).

Given the historic nature of this year’s hurricane season, it’s more important than ever that T-Mobile keeps a close beat on storm activity. Accurately tracking a storm’s path and severity is critical for the company’s Emergency Management Team as they make preparations and strategically ready their response and recovery efforts to help keep customers connected.

Because of all this, T-Mobile’s partnership with weather forecasting company StormGeo has been of crucial importance. Leading up to and in the middle of a storm, T-Mobile works closely with folks on the StormGeo team, like Industry Manager Courtland Keith and Director of Operations Joe Basciani. “We support T-Mobile before, during and after a situation for pretty much all weather events,” says Keith.

Keith is a degreed meteorologist, and in her role at StormGeo works closely with clients, like T-Mobile, to determine the best weather services and solutions for their needs. A weather forecaster by training and practice, Basciani has been in the weather industry since 1996 and now leads the forecasting department at StormGeo, where he’s worked since 2004. 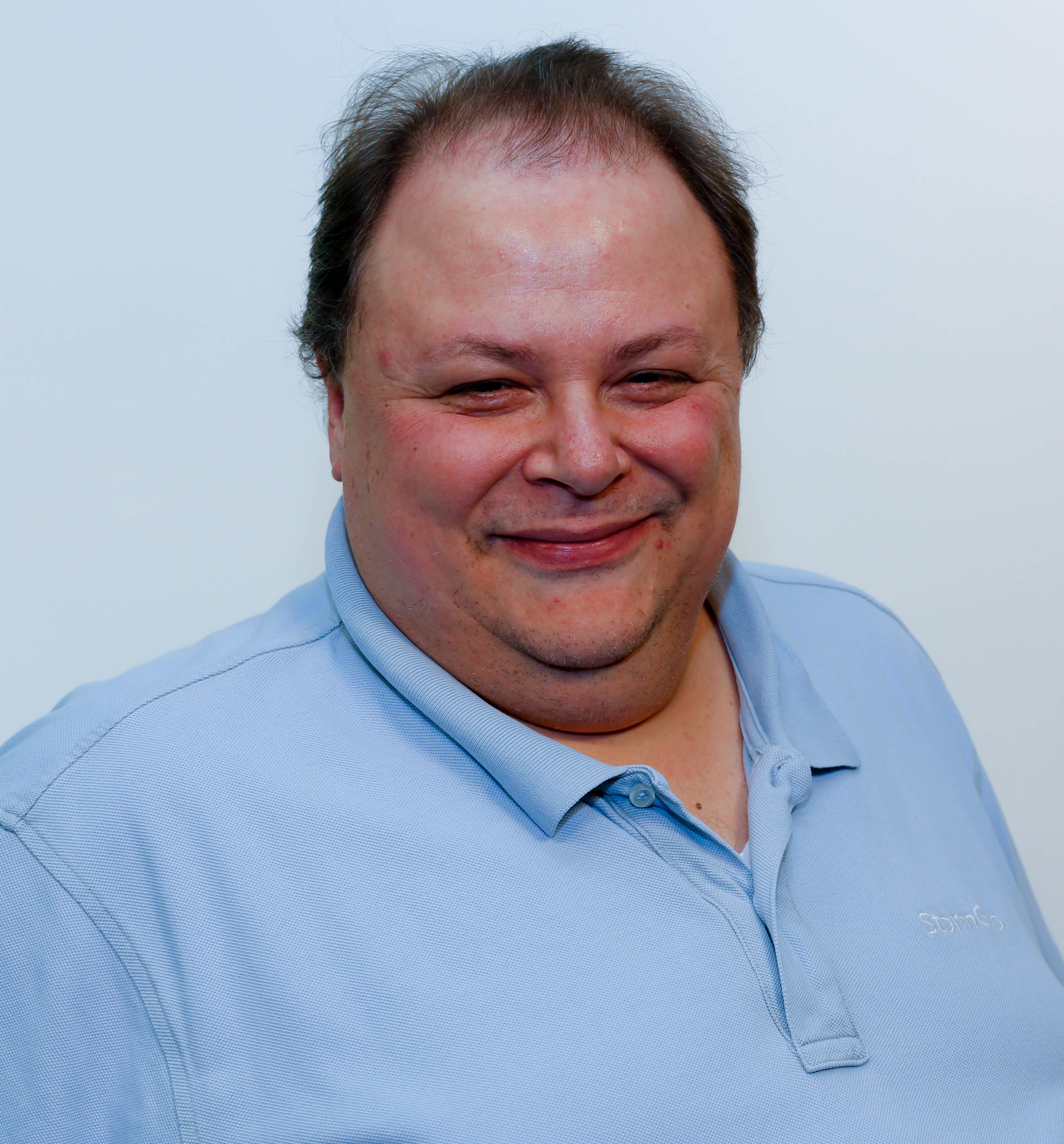 I compare a tropical system to being like a cake: You have to have all the ingredients and they all have to be fairly high-quality ingredients in order for the cake to come together.

During a weather event, StormGeo is in constant contact with the T-Mobile team. Working closely with Manager, Engineering Tech Support Jay Blessing, the StormGeo team provides regular reports with updates on the forecast, timing and details about the exact impacts expected at cell sites. “We work hand in hand through each weather event extensively, in order to provide enough information that T-Mobile can plan their crews and put them in the right places so that they’re not caught off guard or in the wrong place at the wrong time,” says Keith.

As part of the constant flow of communication, T-Mobile sets up conference calls with StormGeo. “During a storm event, it’s not infrequent for us to have as many as three to four daily conference calls with operations folks at T-Mobile to discuss their specific regions and assets that are under threat. We help them pinpoint down to the tower and switch level which assets may be impacted by a storm event, either by wind or flood,” says Basciani.

From there, StormGeo is able to put together a forecast for hurricanes as much as 48 to 60 hours before the official agencies begin their forecasting. “That gives our clients, like T-Mobile, a critical leg up in terms of timing,” says Basciani. “They're able to start getting a response moving, start moving assets, preparing resources and making their preparations before the general public may even be aware that there's a threat.”

Storms that threaten the U.S. typically originate from the West Coast of Africa and move across the Atlantic Ocean, but it’s also common to see storm formation in the Gulf of Mexico, according to Basciani and Keith. The southeast U.S. and Gulf states tend to be common areas of impact, but the mid-Atlantic U.S. coast also sees its fair share of storm activity. For their part, StormGeo begins monitoring storms when they are just tropical waves or what is known as “a disturbance” in the Atlantic or the Gulf of Mexico.

“We’re constantly monitoring the tropics and subtropics for any potential disturbances that might develop, and when those disturbances start to look a little suspect, we’ll investigate them further,” says Basciani. “I compare a tropical system to being like a cake: You have to have all the ingredients and they all have to be fairly high-quality ingredients in order for the cake to come together.”

While each storm has different characteristics that make it unique from any other storm, Basciani says the key ingredients that produce a conducive environment for tropical storm development revolve around having a moist and warm environment, as well as favorable wind conditions that don’t disrupt the center of circulation.

“We’ve seen hyperactivity this year because we never had a true cool down of the ocean waters, which stayed fairly warm throughout the season,” says Keith. “Because of how the environment has shaped up to be this year, it’s really caused so many tropical systems to develop.”

The biggest threats to T-Mobile are tropical cyclones that bring heavy rainfall, wind and ocean surge, in addition to storms in the winter months that cause blizzard conditions, according to Basciani. “Flooding, high winds and snow can cause unique challenges to the T-Mobile network, both in terms of the infrastructure itself being impacted and crews being able to respond,” says Basciani, which is why having a heads’ up on the forecast in order to pre-position assets like generators is so critical.

But StormGeo doesn’t just consult on storm weather, they also track and predict wildfire weather conditions. “We identify times when the fire risk is going to be really high,” says Basciani. “When you have the combination of high winds, low humidity and dry antecedent conditions, that’s the recipe for what we call ‘fire weather.’”

Adds Basciani: “Fires can cause tremendous impact to the T-Mobile network,” from physical impacts, like burned equipment and towers, but also when power companies conduct power shut offs. “The power companies will proactively deenergize their power circuits so that if they do have a line that blows down it is not energized and does not spark a wildfire.”

In the event of a power shut off, commercial power could be lost for three to four days at a time per event, impacting T-Mobile’s assets. That’s why tracking fire weather is so important, because “in those situations T-Mobile needs to find alternative sources of power for its infrastructure,” says Basciani. With the help of StormGeo, the wireless provider is able to plan ahead to deploy generators into areas that may experience power shut offs to provide coverage where there could otherwise be a gap due to lack of power, which is critical to keep customers and first responders connected.

Wildfire season tends to run from August through November, and according to Basciani, “the season got off to a bit of an early start this year.” Similar to the high level of activity we’ve seen this hurricane season, the 2020 wildfire season has already been incredibly active across much of the West Coast. By September, numerous major wildfires had already blazed across many parts of California, Oregon, Washington, Colorado and Utah.

As far as the rest of the year, Keith and Basciani say, based on how the season has already shaped up, we can expect more from both the wildfires and hurricanes. “We’re going to continue to see those fire impacts, and it would not surprise me at all to see us dealing with potential tropical cyclones as late as around Thanksgiving this year,” warns Basciani.

Of course, no matter what the rest of the season has in store, StormGeo will be there working hand-in-hand with T-Mobile to plan and prepare to help keep customers connected.