Today is a big day at Sprint as we unveil our newest technology innovation, the Sprint Magic Box.  It’s the world’s first all–wireless small cell. Personally conceived by our Chairman, Masayoshi Son, Sprint Magic Box is a revolutionary, plug-and-play unit designed to dramatically improve data service for Sprint’s business and consumer customers while accelerating the nationwide densification of our network.

This indoor, self-configuring LTE small cell is free to qualifying customers and requires zero implementation, labor, or rental costs. The customer simply places the unit near a window and plugs it into a power outlet – no router, wired backhaul, or Wi-Fi required. The Sprint Magic Box automatically connects to a nearby Sprint cell site and guides the customer through the installation. In a matter of minutes, customers have a better data experience inside their businesses and homes while streaming videos, surfing the web, and using their favorite online apps and services.

While we designed Sprint Magic Box to be small, we engineered it to have an expansive coverage area. One Sprint Magic Box can cover an average-sized small business or home, and can benefit adjacent Sprint customers inside the building. The signal also extends data coverage outside the building, benefitting Sprint customers in nearby buildings (particularly in dense urban areas) while also improving street–level network performance.

The Magic of Sprint Magic Box
So why did we name it Sprint Magic Box? Because the product is so simple, it just plugs in and works like magic to create a better experience by virtually eliminating hard-to-reach indoor areas. Within minutes customers see an average increase of 200% in download and upload speeds. The early feedback from thousands of customers who’ve been using Sprint Magic Box has been tremendous, and we’re excited for more customers to benefit from this amazing new innovation.

What creates the magic of Sprint Magic Box is an LTE-Advanced technology called LTE User Equipment (UE) Relay, used for wireless backhaul. UE Relay enables the Sprint Magic Box to create an ultra-efficient connection to our macro network using our 2.5 GHz or 1.9 GHz spectrum. Backhaul connections for other small cells use either fiber or a wireline Internet connection, both of which require a physical cable and are expensive to deploy.  One of the challenges with deploying indoor small cells is the need for wired backhaul connections, especially at business locations.  The Sprint Magic Box with UE Relay removes this obstacle.

In short, LTE UE Relay with the Sprint Magic Box removes the cost of backhaul, along with some of the challenges typically associated with small cell deployments, for a low-cost solution to make our network – already performing at its best–ever–levels – even better for our customers.

It is also important to point out that the Sprint Magic Box is not like a simple repeater. A repeater simply amplifies the signals of macro towers, along with all the noise and imperfections, and runs the risk of degrading the overall user experience. The Sprint Magic Box, on the other hand, uses dedicated 2.5 GHz channels to reduce noise and interference, and thereby improves the efficiency of the Sprint network.  And the surrounding macro network can deliver more data (at faster speeds) to the Sprint subscribers than it could without the Sprint Magic Box. 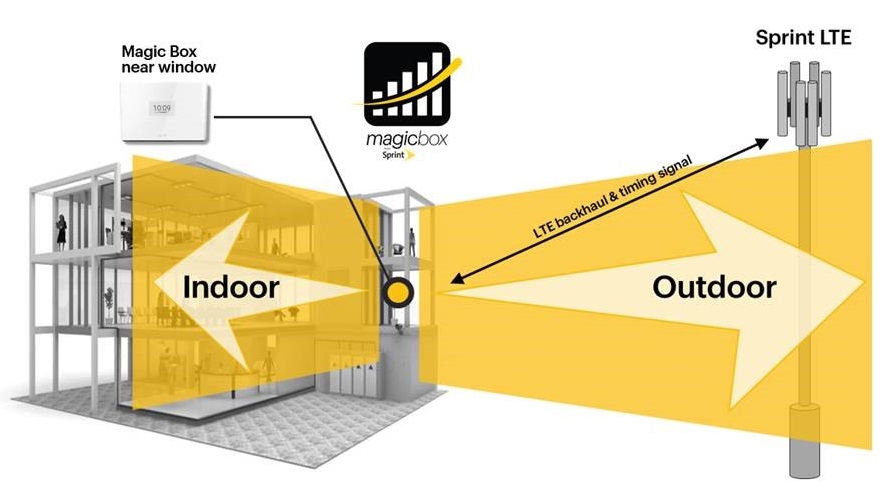 Unleashing Sprint’s Spectrum Advantage
We worked closely with our product partner, Airspan to design Sprint Magic Box to leverage our deep spectrum asset. We hold more spectrum than any carrier in the U.S., and 78 percent of our 204 MHz of spectrum is high-band, 5G-capable spectrum. This high-band 2.5 GHz spectrum is built to deliver large volumes of data at very fast speeds. However, it’s no secret that high-band spectrum doesn’t travel as far as mid or low-band, particularly indoors. Sprint Magic Box, and technologies such as High Performance User Equipment (HPUE), are designed to overcome this and improve 2.5 GHz performance.

Because of our treasure trove of spectrum, Sprint can dedicate the spectrum needed to blanket its network with all-wireless small cells that deliver a dramatic performance boost with zero backhaul, permitting, and engineering costs.

A Powerful Densification & Optimization Toolkit
In addition to Sprint Magic Box, our Densification and Optimization toolkit includes technologies such as multiple carrier aggregation, HPUE, outdoor small cells, 256 QAM, 4×4 MIMO (multiple-input, multiple-output), and Massive MIMO. Several of these tools were on display in March in New Orleans where we were the first operator to debut Sprint Gigabit Class LTE on a live commercial network.

Over the past three months we’ve focused on deploying many of these technologies, including Sprint Magic Box, in the core urban centers of several cities such as Denver, San Francisco, Indianapolis, New York, Chicago, and Houston. As a result, our customers are seeing some significant performance improvements in these areas.

Independent benchmarking firm P3, using some of the most detailed testing methods in the industry, found strong performance for Sprint across many different use cases that apply to our customers’ everyday lives such as video streaming and web browsing. 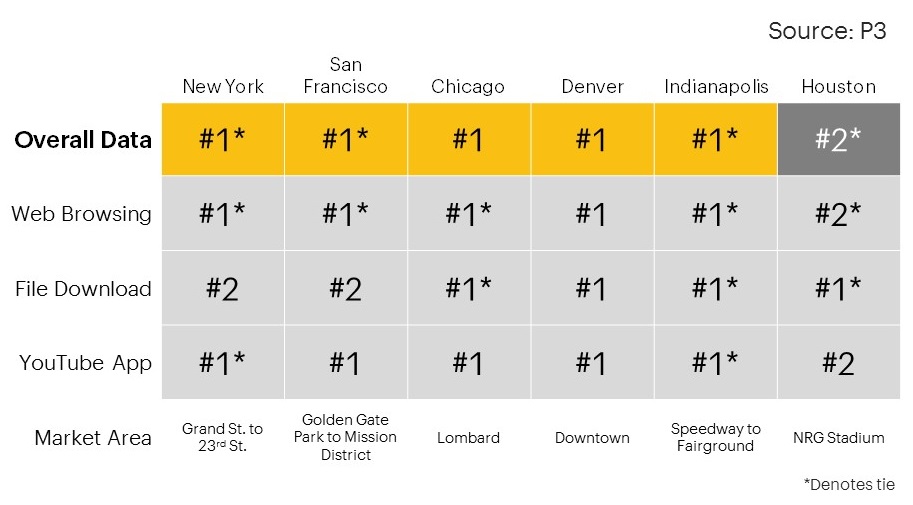 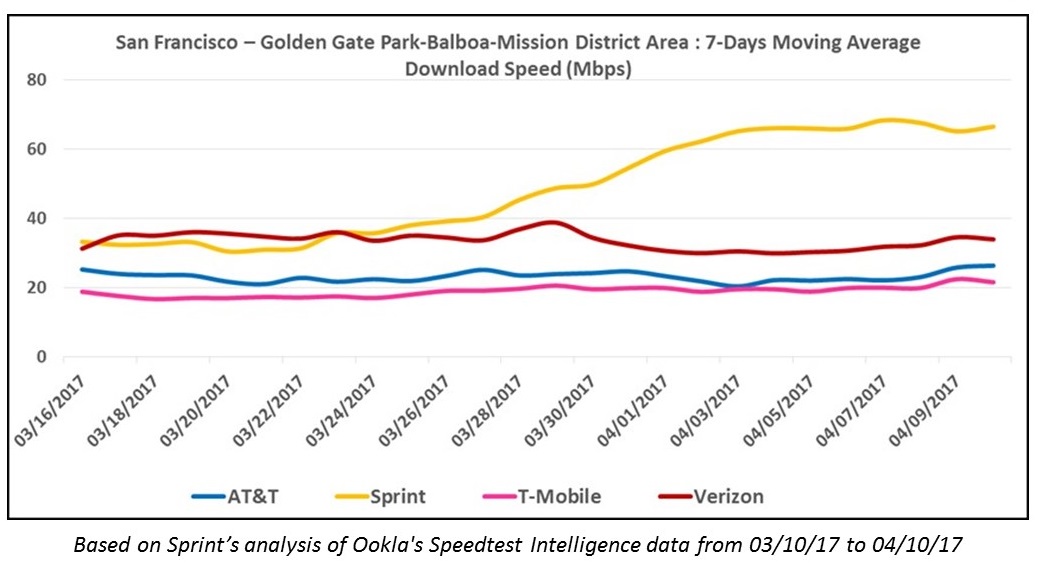 With our broad toolkit of solutions we’re making exciting progress densifying our network and improving service for our nearly 60 million customers. It’s with great pride that we launch our newest technology innovation – Sprint Magic Box. With an LTE Plus network that’s performing at best-ever-levels, and more spectrum capacity than any other carrier, customers can be confident that Sprint is the best choice to meet their growing demand for data, both now and in the future.