There’s an exciting buzz around Atlanta these days as the city prepares for professional football’s biggest event in February. We’re thrilled to be part of the action. Our team is prepping the Sprint network in Atlanta for the Big Game, and we’re laying the groundwork for something even bigger! That’s because Atlanta is one of the first markets where we’ll launch Sprint 5G — the next generation of wireless service — in the first half of next year.

In preparation for these efforts, we’ve spent millions of dollars over the last two years building out our Next-Gen Network to help meet customers’ demand for high-bandwidth applications and unlimited data in time for the arrival of fans and spectators.

In Atlanta, as we have been doing across the country, we’re unleashing our rich spectrum holdings, along with innovative and traditional technologies to dramatically increase the coverage, reliability and speed for our customers. Our focus includes: 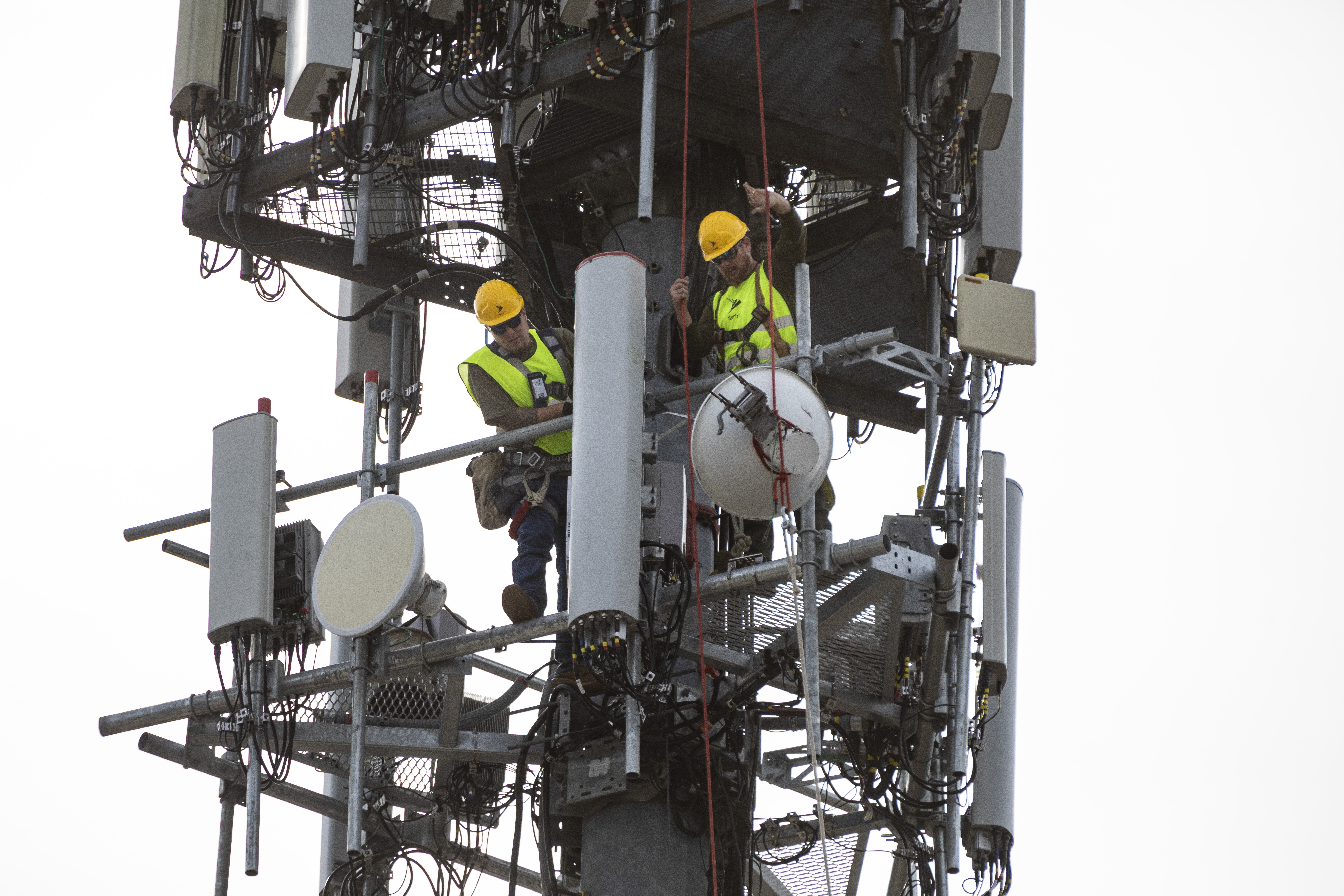 The work we’ve already completed has provided the foundation for Sprint’s LTE Advanced capabilities, now available nationwide and delivering up to 2x faster speeds on capable devices. It also helped us make Atlanta one of 225 cities where we’re offering incredible gigabit class LTE performance for customers on capable devices.

As a result of these efforts, we’ve made significant speed improvements in Atlanta and now rank second in average download speeds there according to latest Nielsen data.[1] With all the work we’re doing in Atlanta, customers there can expect continued network performance improvements in the months ahead.

How We’ve Got Atlanta Covered

Whether customers are traveling around the city, tailgating, or celebrating their teams at the game and other events, Sprint’s network upgrades are designed to improve coverage, capacity and speeds. So we’ve been working tirelessly inside and around Mercedes-Benz Stadium, at major Atlanta tourist attractions, transportation hubs and key hospitality venues. Most importantly, all of these upgrades are permanent so they’ll remain in the city long after the final game whistle blows.

Customers nearly doubled their data usage in and around the stadium in Minneapolis this year using 9.7 TB of data, up from 5 TB the previous year’s Houston showdown. To give those customers attending the 2019 faceoff in Atlanta the best network experience possible, Sprint has installed the equivalent of seven cell sites worth of equipment serving the new state-of-the-art Mercedes-Benz Stadium! For some context, on a normal day, that number of cell sites would cover a small city.

We’re using our 1.9 and 2.5 spectrum bands in and around pro football’s newest stadium. By doing so, Sprint will be able to provide great voice coverage, and support fast downloads, streaming and surfing for fans at this big game, as well as many other events and concerts hosted at the venue.

The areas between the Georgia Institute of Technology and Mercedes-Benz stadium are expected to be among the busiest in the city, so Sprint made tri-band upgrades to dozens of existing cell site to provide faster and more reliable service. More than 60 new small cell sites have been installed using 2.5 GHz spectrum to increase capacity and data speeds. Many Massive MIMO radios have been deployed throughout the downtown area to handle the huge crowds around the event, and to create a core footprint in the city’s center for the launch of Sprint’s mobile 5G service starting next year. 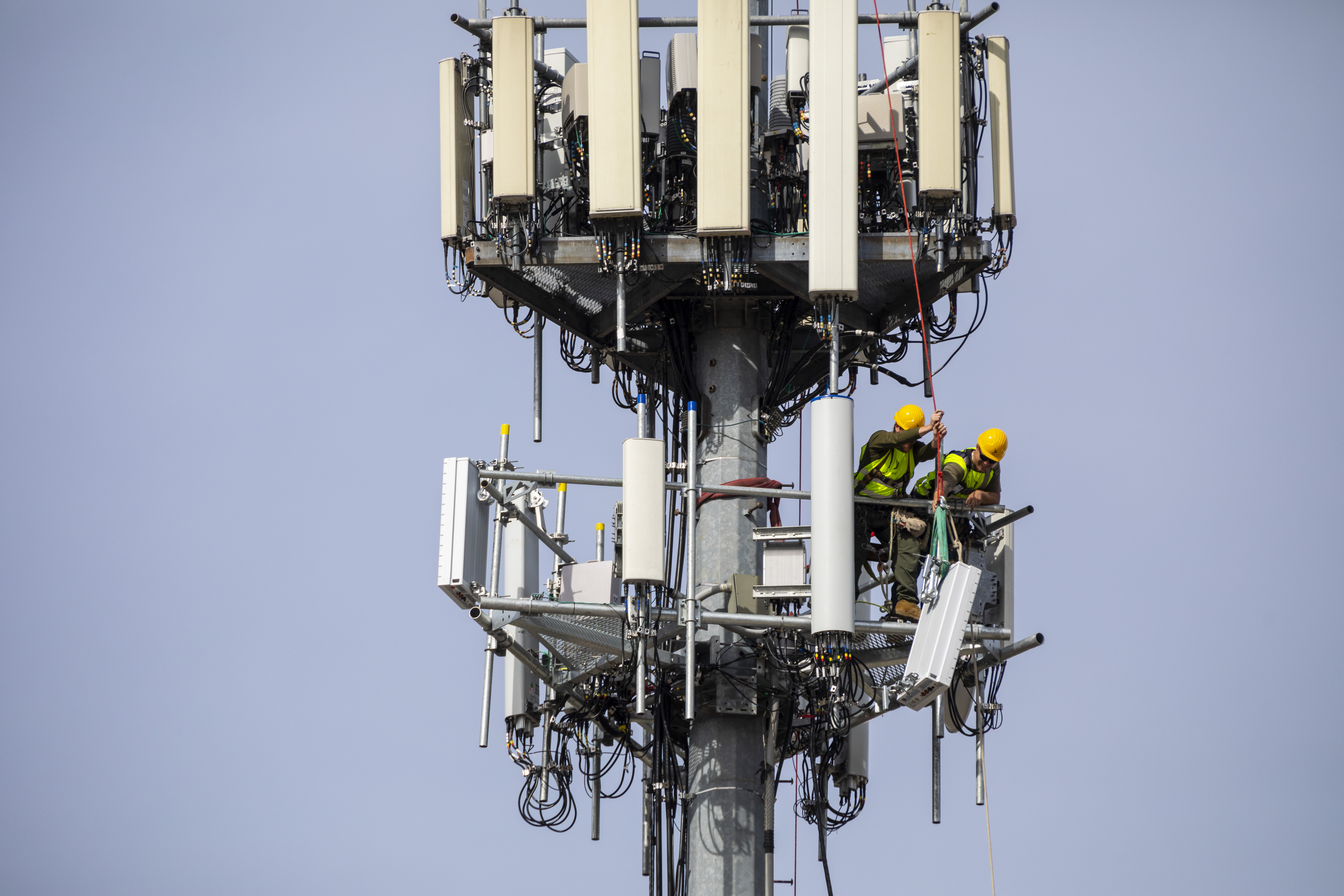 Whether traveling by train, plane or automobile, visitors to Atlanta are going to be using some of the city’s key mass transportation modes to get around for Game Day and the related festivities. At the world’s busiest airport, Hartsfield-Jackson International, we’re doubling network capacity to improve overall network performance and the customer experience for more Sprint customers. In all MARTA underground stations, we are deploying 1.9 GHz for reliable voice and data service, and 2.5 GHz spectrum for super-fast data speeds, and launching wireless service in additional underground stations. We’re adding more spectrum through upgrades to cell sites that serve Atlanta’s major highways from I-75 and I-85 to I-20 and I-285 to help ensure network reliability while on the road.

From tailgating zones to the biggest live events, Sprint’s gearing up to support these key parties leading up to the Big Game. For more than a year, ahead of the launch of Sprint’s mobile 5G service, and in anticipation of the expected increase in wireless traffic, we’ve been working hard to provide Sprint customers with a great experience on Sunday, February 3rd. And, of course beyond. While we don’t yet know which teams will be matched up for the Big Game, we’re ready and excited to give our customers a great experience!