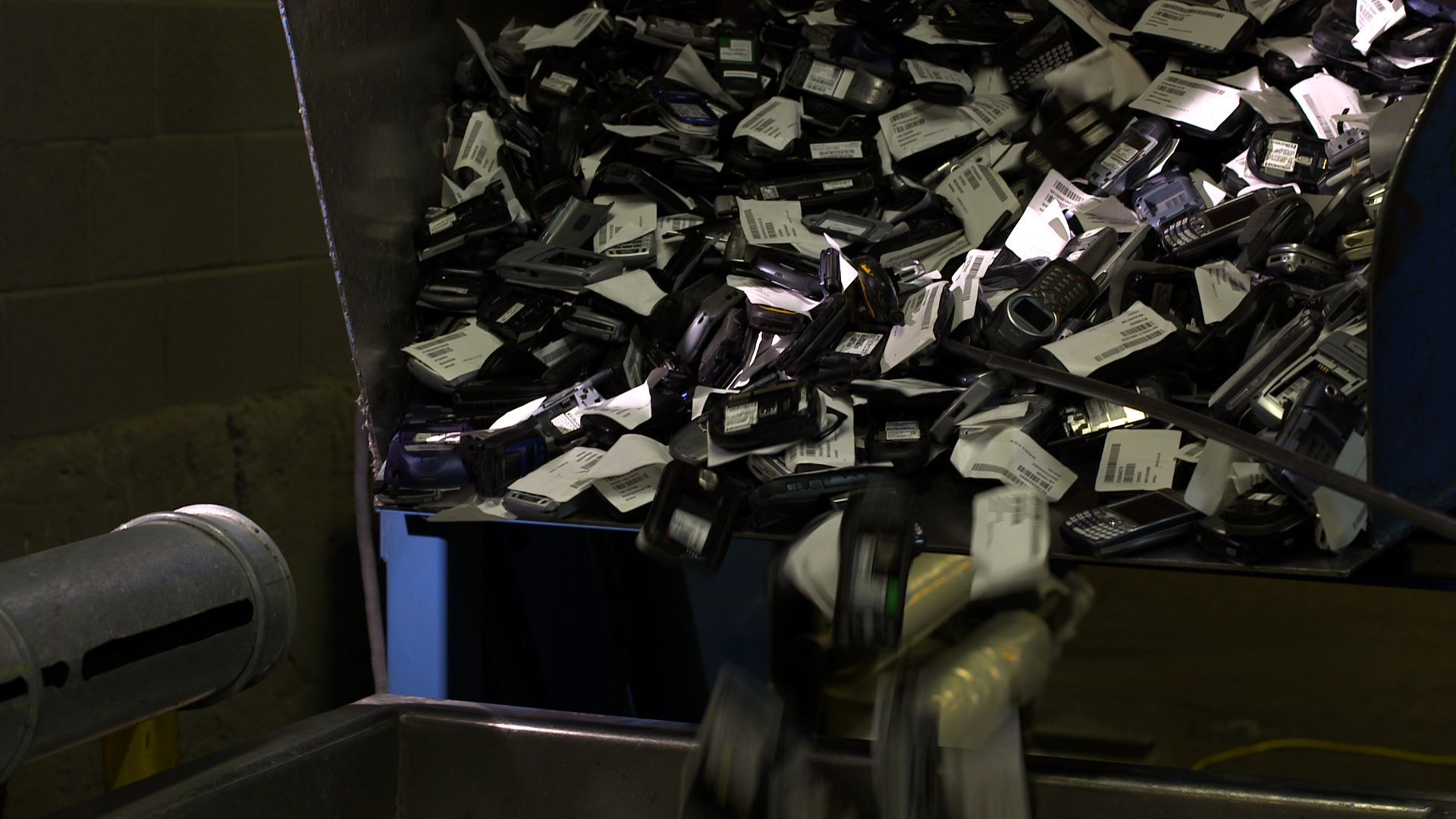 This week GUINNESS WORLD RECORDS recognized Sprint for shattering the record for the number of cellular phones recycled in one week: 103,582 cellular phones, more than double the previous record.

“We are committed to keeping old cell phones out of landfills and are so pleased that our customers supported us during this record-setting week, as they regularly do throughout the year,” said Jaime Jones, senior vice president of consumer sales at Sprint.

Through its standard phone take back programs including Sprint Buyback and other device-collection initiatives, Sprint continues to highlight the importance of phone recycling and reuse with its customers. Junk drawers filled with old phones that eventually find their way to landfills contribute to electronic waste, or e-waste, which continues to be the fastest growing waste stream in the United States.

Sprint was the first wireless carrier in the United States to initiate a customer buyback program granting instant credit for eligible devices from any carrier in Sprint retail stores. Today, more than four out of every 10 customers in Sprint retail stores participate in the buyback program. These recycling programs have helped create more than $1 billion in cost avoidance for the company, putting more than $100 million back in customers’ pockets in 2012 alone.

Since 2001, Sprint reclaimed enough mobile devices to divert 12.5 million pounds of e-waste from landfills. As part of a network-wide updating and decommissioning project, Sprint projects to re-use and recycle an additional 100 million pounds of e-waste in 2013 and 2014 – part of an effort that should improve service for customers and significantly reduce Sprint’s electricity consumption and carbon footprint.

“Sprint continues to demonstrate its commitment to mobile phone recycling programs and the benefits they bring to Sprint customers, the wireless industry and the environment,” said Kate Pearce, analyst at Compass Intelligence which ranked Sprint No. 1 overall for its Buyback program the last two years among national carriers. “Its Buyback program and other reuse/recycling initiatives continue to be examples of leadership for the industry.”

As part of its industry-leading Electronics Stewardship Policy which highlights Sprint’s efforts to work with only certified recyclers to achieve their aggressive recycling goals, Sprint aims to collect an average of nine devices for every 10 devices sold by 2017. Sprint has also taken industry-leading steps to promote environmental sustainability in production of new devices and packaging. Sprint is the only carrier to partner with the U.S. EPA, as part of the agency’s Sustainable Materials Management Program, and has been ranked No. 3 on Newsweek’s Green Rankings for two years in a row – the only wireless carrier to crack the list’s top 25.

Sprint offers a comprehensive range of wireless and wireline communications services bringing the freedom of mobility to consumers, businesses and government users. Sprint served more than 53 million customers at the end of the second quarter of 2013 and is widely recognized for developing, engineering and deploying innovative technologies, including the first wireless 4G service from a national carrier in the United States; offering industry-leading mobile data services, leading prepaid brands including Virgin Mobile USA, Boost Mobile, and Assurance Wireless; instant national and international push-to-talk capabilities; and a global Tier 1 Internet backbone. The American Customer Satisfaction Index rated Sprint as the most improved company in customer satisfaction, across all 47 industries, during the last five years. Newsweek ranked Sprint No. 3 in both its 2011 and 2012 Green Rankings, listing it as one of the nation’s greenest companies, the highest of any telecommunications company. You can learn more and visit Sprint at www.sprint.com or www.facebook.com/sprint and www.twitter.com/sprint.