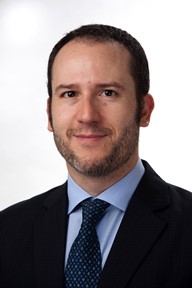 Solé, who will report to CEO Marcelo Claure, assumes a newly created role to lead all functions in Sprint’s new Hispanic business unit. Sprint sees the Hispanic market as one of the fastest growing segments of the U.S. population and an area where the company can gain leadership. On the innovation front, Sprint welcomes an established global leader with years of experience in bringing new and different products and services to light.

Solé also will assume the role as president of Sprint Puerto Rico. All business functions in Puerto Rico will report to Solé, including general manager Patricia Eaves. Puerto Rico will be the hub for Sprint’s Latin creativity and innovation.

Solé’s leadership over Innovation will center on creating products and services that allow Sprint to offer a unique, differentiated value proposition. His responsibilities include Pinsight Media, a Sprint division that specializes in mobile advertising, and the Sprint Accelerator, a mentorship-driven program for health care startups. Kevin McGinnis, vice president for Pinsight Media and executive sponsor for the Sprint Accelerator, will report directly to Solé.

At more than 54 million, the Hispanic market is an important demographic and represents the second largest racial or ethnic group in the country. Hispanics, for example, are active users of mobile technology. Analysis by the Pew Research Center showed that usage of smartphone, mobile Internet and social networking sites among this group is as high as it is for the overall U.S. population – and sometimes higher. In fact, collectively the U.S. Hispanic market is estimated to have $1.2 trillion in buying power. Sprint is committed to engaging, connecting and providing wireless services to the Hispanic consumer.

“Sprint is committed to being a market leader in the Hispanic segment,” Claure said. “Attracting world-class talent like Roger to lead this newly created business unit shows our commitment to this effort. This is a critically important position for Sprint, and I believe we have hired the right person for the job.”

Likewise, Claure said, Sprint has long been known for its innovative practices, beginning with the nation’s first fiber-optic network, and Solé reinforces the company belief in innovation.

“Roger is known as one of the industry’s leading innovators,” Claure added, “and has a proven record at TIM and with Telefonica’s Brazilian operator, Vivo. As we face more saturation in the marketplace, innovation will set us apart.”

Solé, educated in Spain, comes to Sprint from TIM Brasil, where he was the company’s chief marketing officer. Under his leadership, TIM, Telecom Italia’s mobile carrier in Brazil, emerged as that country’s fastest growing mobile operator by introducing new services, developing new apps and providing innovative ways for customers to get new smartphones. Solé grew TIM to become the No. 1 seller of smartphones in Brazil with 40 percent market share and nearly 71 million customers.

Prior to TIM Brasil, Solé led all innovation for six years at Vivo (Telefonica Brasil), the largest operator in Brazil. He was a key force in the turnaround of Vivo, focusing on building unique value propositions for the high-value customer segments.

“Roger is an extraordinary business executive and talented leader,” Claure said. “I’m excited about his arrival at Sprint and the energy and creativity he’ll bring to our innovation efforts. And, I would certainly expect that his innovative skills will help separate Sprint from the other carriers in the industry.”

Sprint (NYSE: S) is a communications services company that creates more and better ways to connect its customers to the things they care about most. Sprint served nearly 56 million connections as of Dec. 31, 2014, and is widely recognized for developing, engineering and deploying innovative technologies, including the first wireless 4G service from a national carrier in the United States; leading no-contract brands including Virgin Mobile USA, Boost Mobile, and Assurance Wireless; instant national and international push-to-talk capabilities; and a global Tier 1 Internet backbone. Sprint has been named to the Dow Jones Sustainability Index (DJSI) North America for the past four years. You can learn more and visit Sprint at www.sprint.com or www.facebook.com/sprint and www.twitter.com/sprint.