The term “digital nomad” may initially conjure up an image of twentysomethings traversing the world and posting Instagrammable meals in FOMO-inducing locales. But in truth, today’s digital nomads span all age groups — and a fast-growing sector is the 50-plus demographic.

A result of remote work abundance and delayed retirements, both accelerated by the pandemic, people are choosing to live and work remotely full-time, exchanging a hefty mortgage or rent for a more economical RV or flexible Airbnb arrangement that allows them to travel the country, and the world, while still holding down a day (or overnight) job. Indeed, a seismic shift has occurred in how and where work gets done.

T-Mobile and intergenerational workforce mentorship platform CIRKEL recently co-hosted a virtual event called Un-Careers: The Wild West of Remote Work with a panel of professional wanderers who shared their experiences, offering attendees tips and tricks for making a permanent life on the open road, well, work.

T-Mobile employee Adam Maddock transformed his Jeep into a tiny-house-on-wheels during a six-month stint as a digital nomad. The youngest member of the panel at 35, he drove almost 14,000 miles to locations like Padre Island and Moab during the pandemic, learning how to do the travel off-hours and making sure he had the ability to be connected to co-workers when it was time to clock in.

Eight years in the Marines prepared Maddock to handle just about anything on the road, provided he had that reliable connectivity.

“I live in downtown Seattle, and when the pandemic hit it was not a great time to be in any downtown and I figured since I’m working from home it shouldn’t matter if I’m here or at the Grand Canyon,” said Maddock. “If I have a connection, I should be able to work from anywhere.” 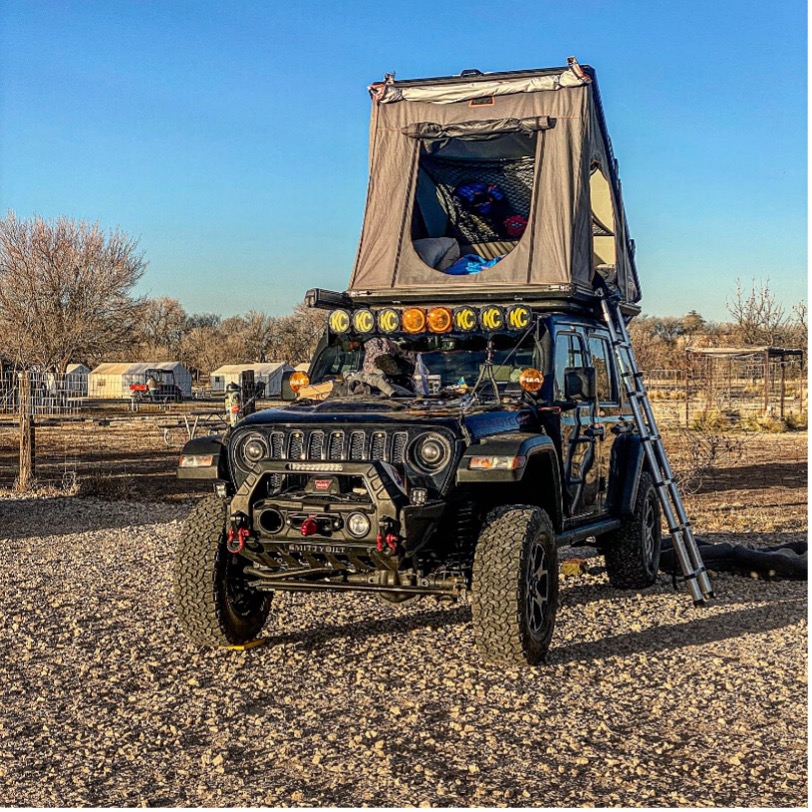 I had a phone, a hotspot and an iPad. Those three data sources powered me for six months.

Though he tested the nomadic waters for a finite period, the two other panelists, Palle Bo and Siobhan Farr, have made living on the road a permanent gig.

Bo found himself selling the bulk of his possessions a la Frances McDormand in the 2020 breakout film Nomadland, and trading them in for experiences: “I sold everything before becoming a digital nomad, and when emptying my loft I realized I had collected so much stuff that I never used.”

An award-winning radio producer and digital nomad since 2016, Bo documents his journey in his podcast The Radio Vagabond; he now collects new memories instead of things, and says the pandemic has fueled his nomadic life at the age of 56.

“Before the pandemic, if I said to my clients, who are primarily Danish companies, ‘Can we go on Zoom or Skype?’ they would say ‘I don’t know what that is,’ he explained. “So actually during the pandemic, it’s become easier for me because it’s more natural and clients don’t see it as a problem that you’re not next door. Coming out of this I think we are going to see more nomads, because it’s the new normal that you can do meetings on a computer screen and you don’t have to be in the same room.”

While Maddock and Bo set out purposefully to take on the persona of digital nomad, Siobhan Farr is an example of how life and recent events can decide your fate and push you into unknown territory. Farr was traveling for six months when COVID-19 hit and got “locked into Ecuador.” There she was isolated from the world she knew back in Dallas with only her stuffed animal Kicksie to keep her company. A castaway with her own Wilson, so to speak. She realized in her sixties that her life had changed forever, including how and where she would continue her career as a health insurance agent specializing in Medicare. 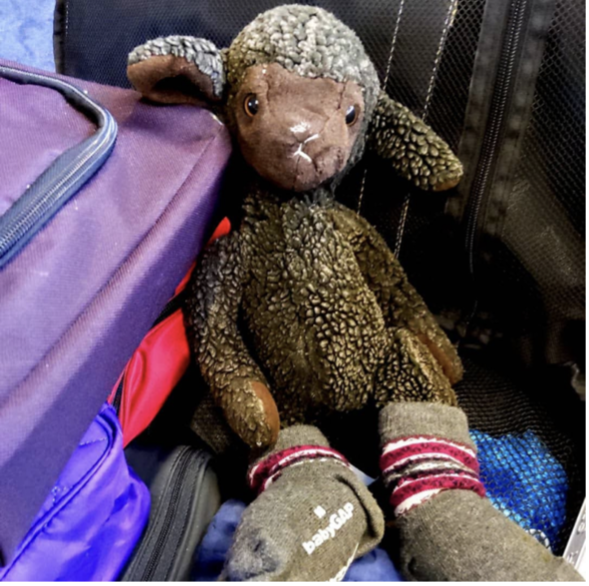 A lot of those digital skills pick up as you move along by necessity.

Siobhan Farr, isolated in Ecuador with only her travel companion Kicksie

“All of the carriers that I represented were already moving to allow us to take electronic applications and then the pandemic sped things up considerably, because even though the clients are older, they were getting adjusted to having meetings on Zoom,” she said. “A lot of those digital skills pick up as you move along by necessity.”

Farr said it is “by divine and not design” that she became a digital nomad for life. Call it an epiphany, kismet or a happy accident — it was meant to be.

When trying to find community in the digital nomad space by querying an existing Facebook group, however, she realized she was blazing new digital trails. Upon selecting the 45-and-older age group, she received a pop-up message indicating the group did not support her demographic. Temporarily bloodied but hardly unbowed, Siobhan tapped into the universe — and with necessity being the mother of invention that it is — created Digital Nomads Beyond 50.

It’s clear from the panelists’ experiences of maintaining busy careers on the road that digital nomads rely on technology more than their live-at-home counterparts.

“The technology is truly enabling people not to be tethered to a cord to the wall and I think over time we will see more people being able to do this just by using their cell phones,” said Maddock. “I had a phone, a hotspot and an iPad. Those three data sources powered me for six months.”

Farr has traveled to over 35 countries, and relies on her Android Smartphone and Google Fi network as her lifeline to the outside world. She loves landing in a new country, turning on that smartphone, and getting that immediate connection.

All reiterated that having the right device, such as a 5G smartphone like T-Mobile’s new OnePlus Nord N200 or REVVL V+ 5G, is essential to this lifestyle. It’s no surprise that affordably priced technology like these are popular with the more senior digital nomad crowd, especially when paired with T-Mobile’s 55+ discounted rate plans, which are available nationwide and include 5G.

Get the OnePlus Nord N200 at a great price here

Speaking of 5G: Maddock lauded the Inseego 5G Hotspot, available at T-Mobile, as an essential connection to the outside world, as there is not always a Wi-Fi network in range. A senior manager on T-Mobile’s digital strategy and planning team, Maddock said because T-Mobile’s 5G network covers 92 percent of Interstate Highway miles across America, he was able to travel farther than he thought during his six-month sojourn without ever worrying about staying connected to his colleagues for work.

“I was incredibly lucky to work for T-Mobile during this time as the leader in 5G,” explained Maddock. “5G is essentially the best of short-range in-city signal that you get and the best of the long-range distance over the country packaged into one. It holds a ton of data and has very low latency or delay. So, you’re talking about a technology that will allow people to communicate further, communicate faster and stay in contact and work from more remote places.”

Digital nomadism has been so transformative many have incorporated the term into their personal brand as a descriptor and bona fide skill like a storyteller or change agent. And for some in their supposed career twilight, it’s also redefined how they see retirement — by eradicating it.

“I didn’t necessarily have plans to retire because I love my work, but now being able to incorporate it with my travel and being able to do it from anywhere has brought even more joy to this possibility of a working retirement,” said Farr.

And more people are joining her online community of older digital nomads, as some — financially decimated by the pandemic — are searching for ways to keep working longer, without living less.

“There are those who might think they’ll be working for the rest of their lives, and if they can’t wait until that retirement to travel,” she said, “this presents a possibility to find something they can do while traveling.”

In a word, living.