Sprint today issued an open letter to consumers outlining AT&T’s false advertising and deceptive acts related to its fake 5G announcement. A full-page ad in the Sunday edition of The New York Times calls out AT&T for deceiving consumers into believing that their existing 4G LTE network operates on a much-coveted and highly anticipated 5G network. AT&T’s claims are simply untrue. 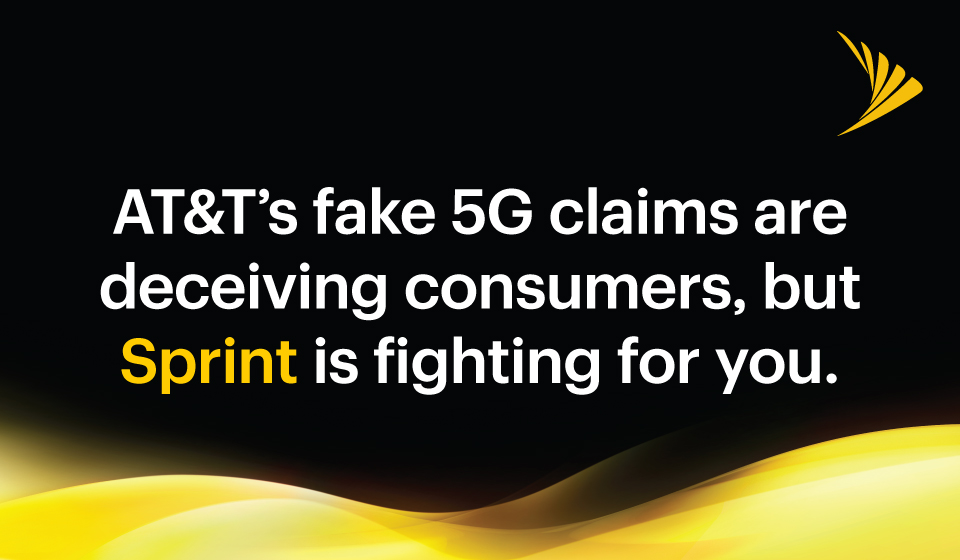 “AT&T is not offering its customers 5G but is delighted by the confusion they’ve caused with their deceptive ‘5G E’ marketing and attempt to convince consumers that they’ve already won the 5G race,” said David Tovar, Senior Vice President, Corporate Communications at Sprint. “We’re not standing for this kind of deception, and neither should consumers. We already filed a lawsuit in federal court asking that AT&T be stopped, and now we’re further exposing AT&T’s false claims. Every carrier – every company – should tell consumers the truth and be held accountable for the promises they make.”

The harm to consumers is clear and substantial. A recent survey commissioned by Sprint found that AT&T’s 5G E advertising is likely to deceive consumers into believing that AT&T has a network that uses 5G technology or better. 54% of consumers mistakenly believed, based on AT&T’s claims, that the company’s 5G E network is the same as or better than a true 5G network. 43% of consumers wrongly believed that if they were to purchase an AT&T phone today, it would be capable of running on a 5G network.

Sprint (NYSE: S) is a communications services company that creates more and better ways to connect its customers to the things they care about most. Sprint served 54.5 million connections as of Dec. 31, 2018 and is widely recognized for developing, engineering and deploying innovative technologies, including the first wireless 4G service from a national carrier in the United States; leading no-contract brands including Virgin Mobile USA, Boost Mobile, and Assurance Wireless; instant national and international push-to-talk capabilities; and a global Tier 1 Internet backbone. Today, Sprint’s legacy of innovation and service continues with an increased investment to dramatically improve coverage, reliability, and speed across its nationwide network and commitment to launching the first 5G mobile network in the U.S. You can learn more and visit Sprint at www.sprint.com or www.facebook.com/sprint and www.twitter.com/sprint.