OCTOBER 18, 2017 – A crew of engineers arrived in the U.S. Virgin Islands to begin repairs on a short-term network solution. We have restored two sites on an interim basis in the USVI, and hope to have several more up within the next week.

Sprint is also pursuing a longer-term improvement to the network in the USVIs. Materials are beginning to arrive and crews have begun preparatory work for construction, which includes things like clearing debris so we can access critical sites.

In the meantime, Sprint will proactively credit monthly recurring service charges for a total of two months (extended from one month previously announced) for all Sprint customers in Puerto Rico and the USVI. Credits will automatically appear over the next two billing cycles in the amount of the customer’s service plan, including tax. Credits do not include equipment fees or other optional add-ons. Customers should continue to pay the amount indicated on their bill, but be assured that the credits will be applied in future cycles. 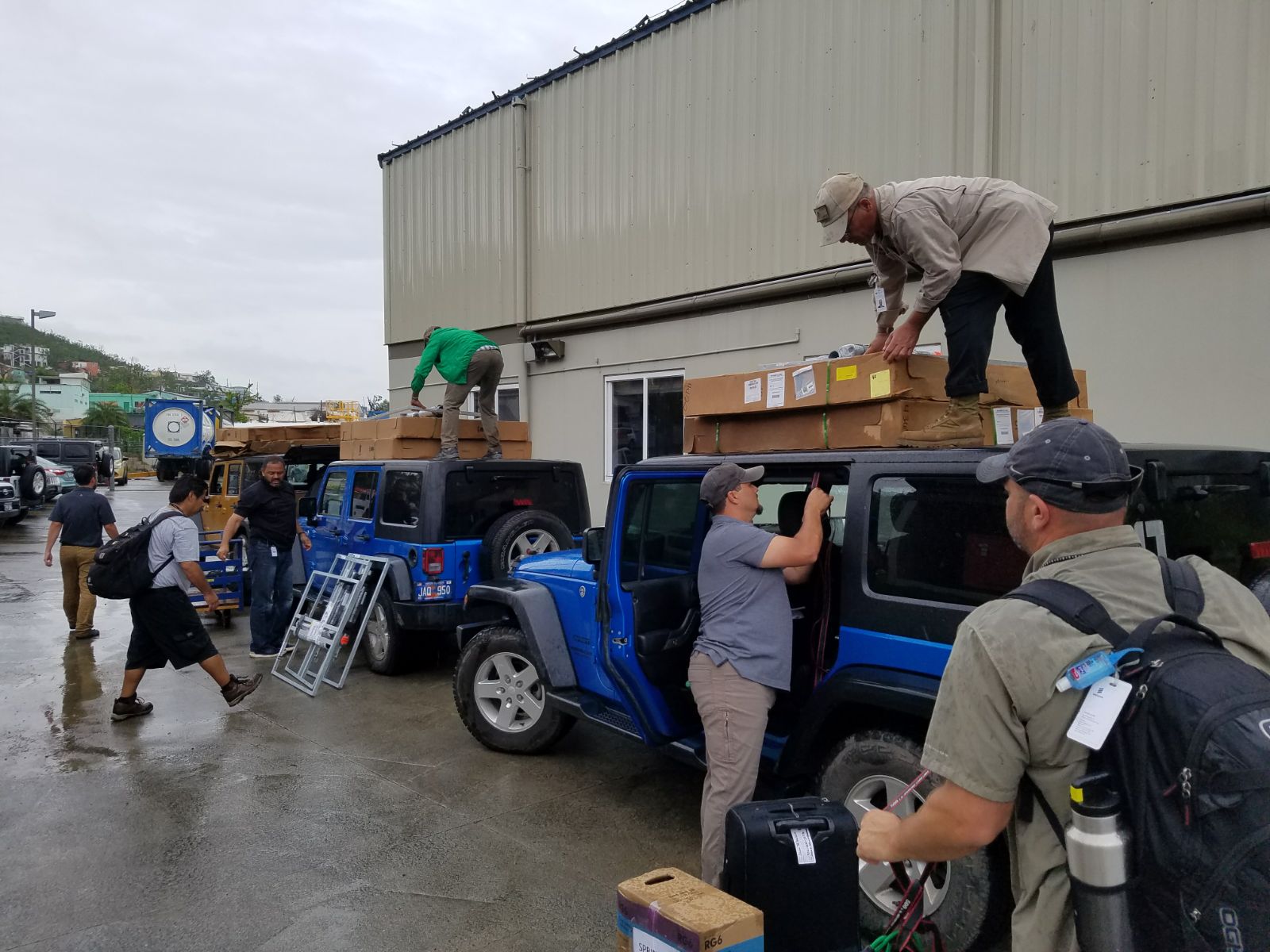 Update on Store Openings and Network Restoration; New Crew Arrives on the Island

OCTOBER 11, 2017 – Where possible, we continue to open more Sprint and Boost Mobile stores to serve as charging stations.  Due to fluctuations in power, exact locations may change day-to-day. For the latest information, check local social media handles on Facebook (@SprintPR) and Twitter (@Sprint_PR).

We have conducted recons on nearly all of our sites, and those that are still outstanding are largely due to transportation and safety issues – i.e. closed and damaged roads and large debris. Additionally, we have conducted the majority of the tower climbs needed and will continue to plug away until all are completed. Shipments of equipment and supplies, including fuel, needed for network restoration continue to arrive by air and cargo ship regularly. While we continue our work, our biggest challenges remain backhaul and lack of power.

We are relying on a blended workforce for restoration efforts that includes Sprint personnel from both Puerto Rico and teams flown in from the U.S. that work side-by-side with local crews. A new Sprint crew from the mainland just arrived yesterday. 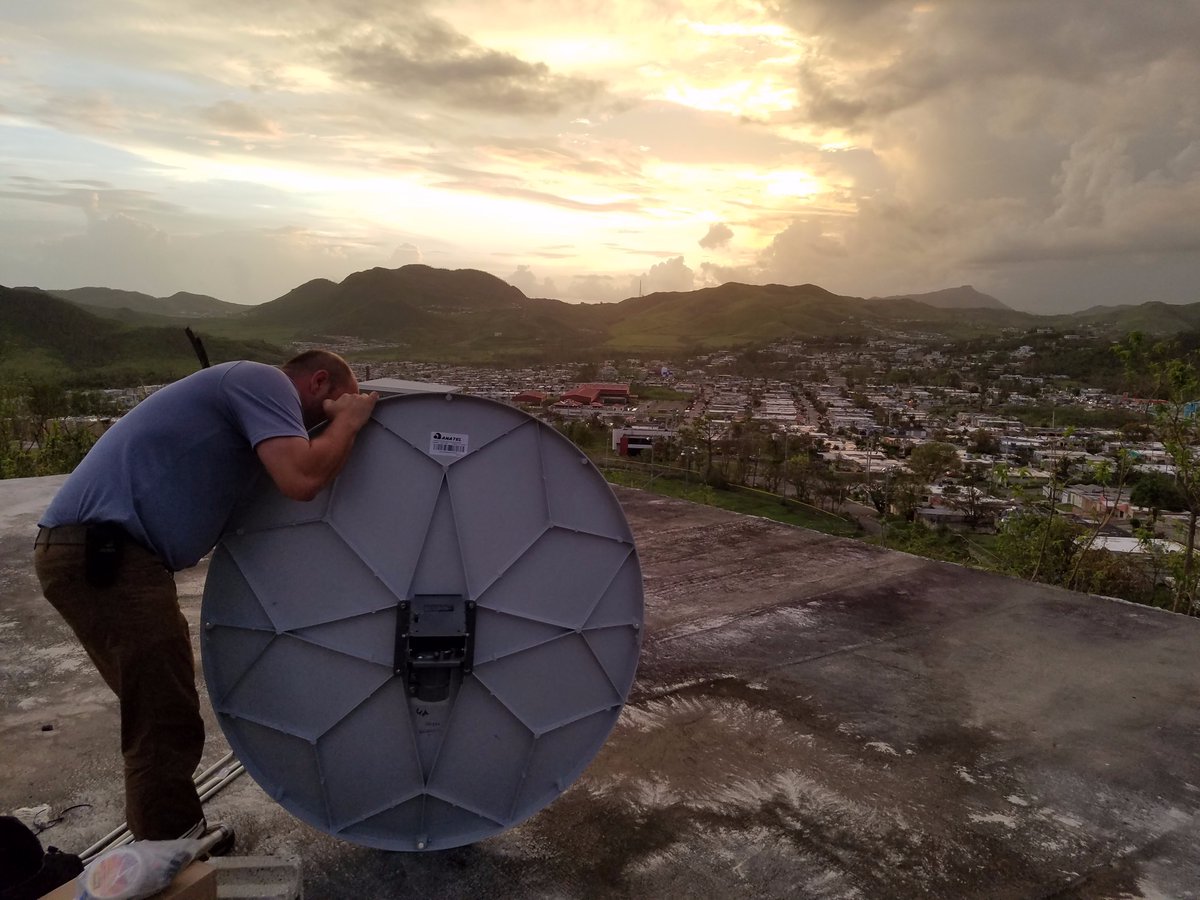 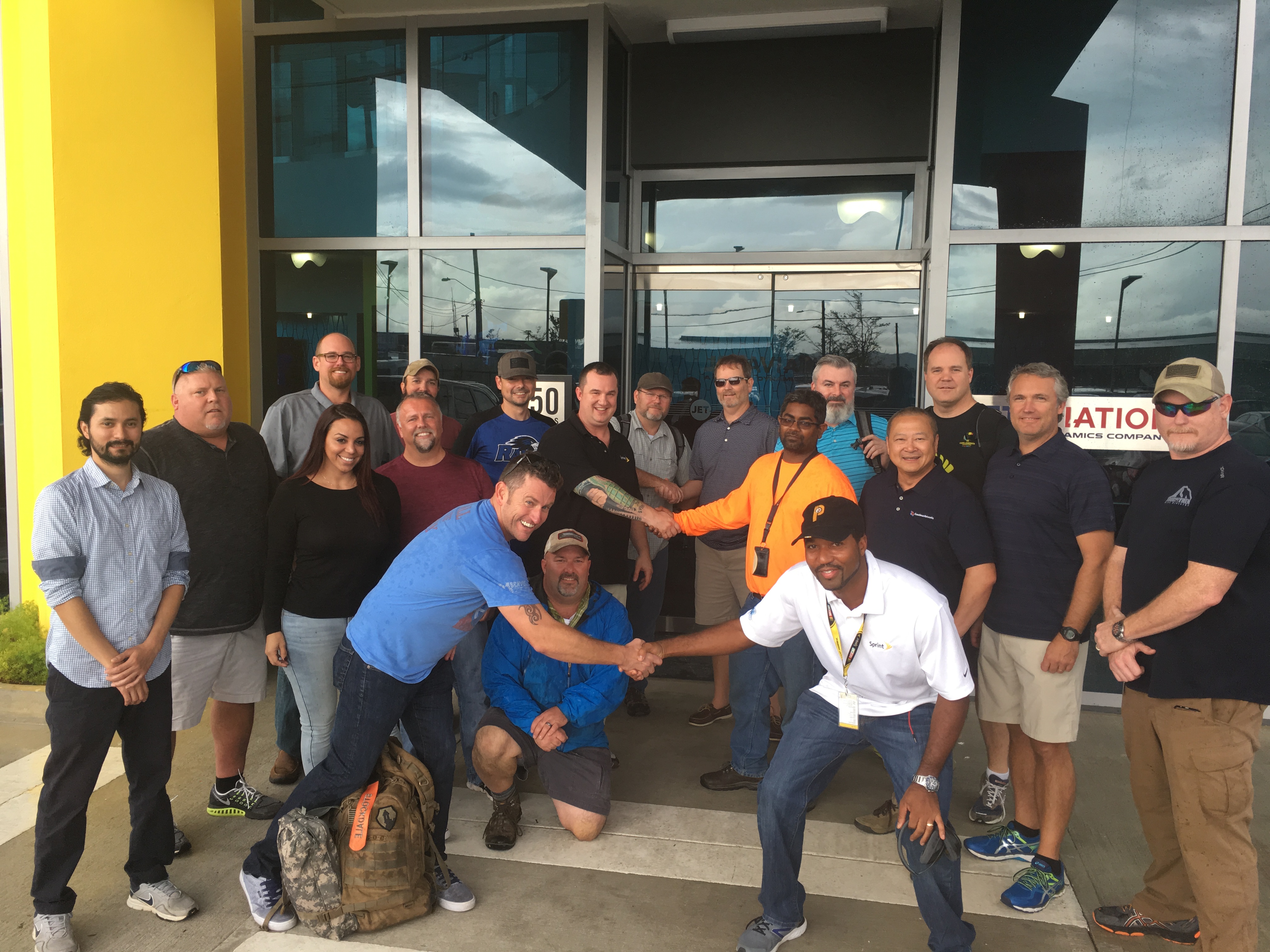 OCTOBER 5, 2017 – Our crews continue to work tirelessly on network restoration efforts across the Island. To aid those efforts, new shipments of supplies arrived today, including much needed fuel, and will continue to arrive tomorrow and through the weekend. Generators that arrived this week are being deployed as quickly as possible, and dozens more will arrive over the weekend and next week. 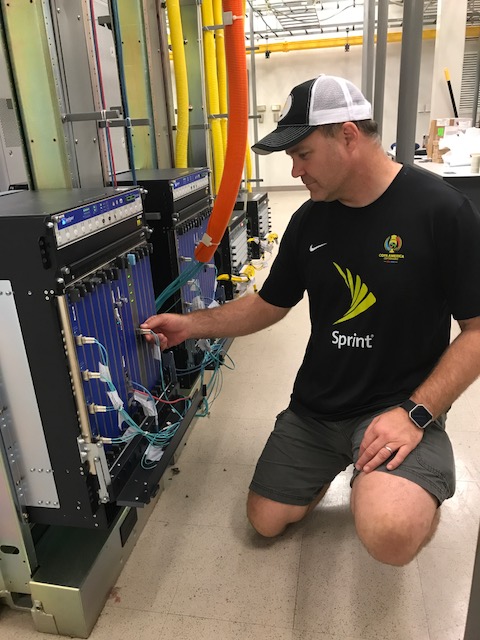 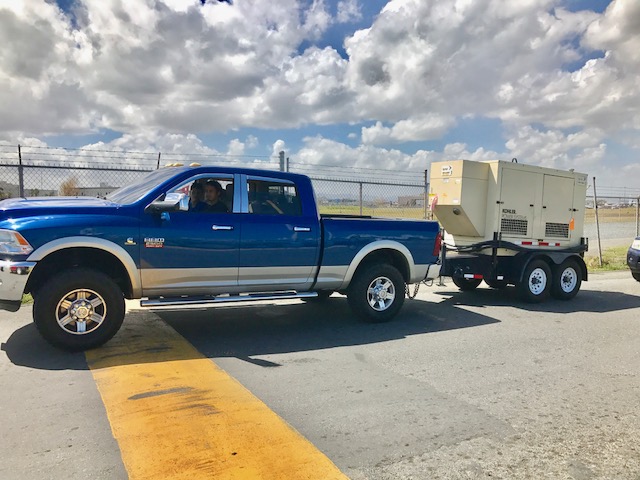 OCTOBER 3, 2017 – Starting today, eight Sprint and Boost Mobile stores (listed below) across the Island will open to serve as charging stations for all those who do not have access to power.

Additionally, Sprint will proactively credit monthly recurring charges for one month for all Sprint customers in Puerto Rico and the U.S. Virgin Islands impacted by Hurricane Maria. Each Sprint postpaid subscriber on the account will receive a credit in the amount of one monthly service plan charge, including tax. 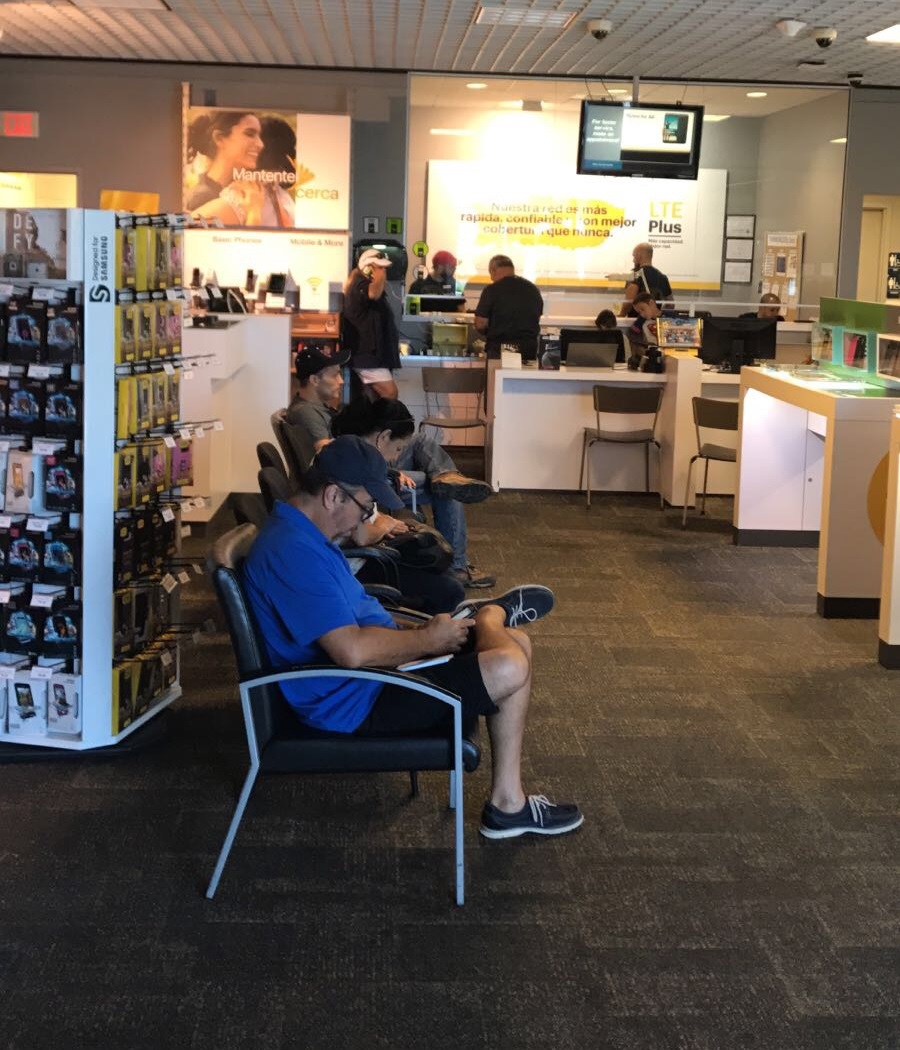 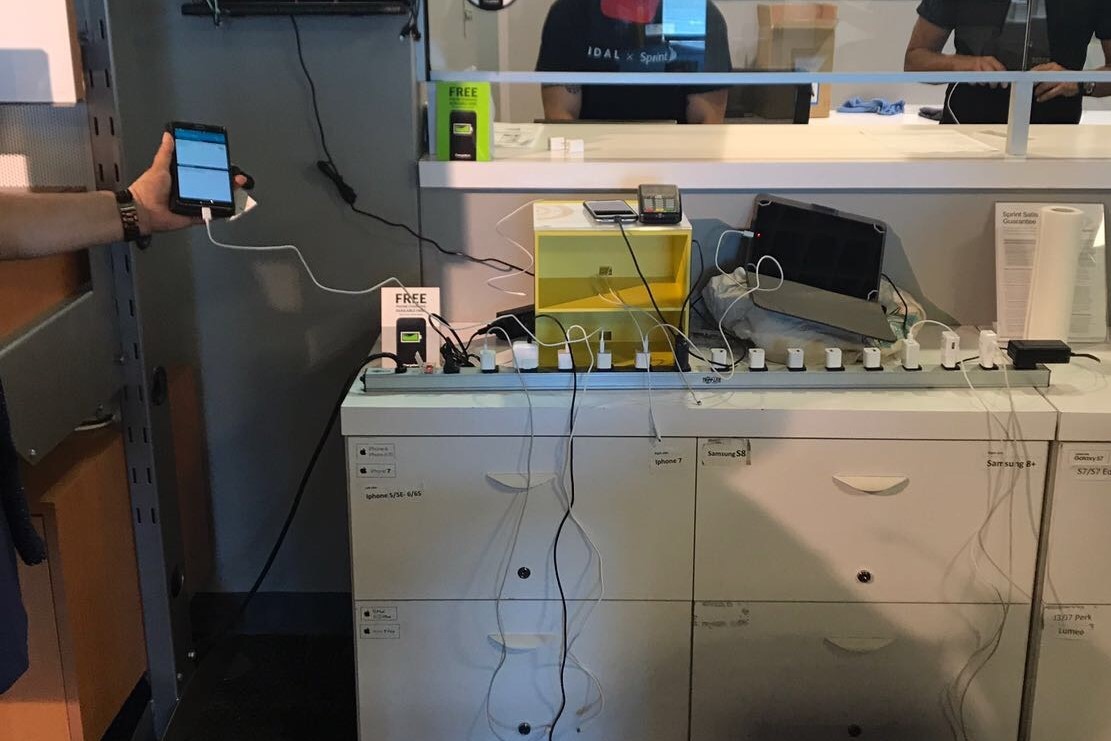 OCTOBER 2, 2017 – Sprint teams on the ground continue to work on the ongoing service restoration efforts. Much-needed network equipment has been arriving through multiple air cargo shipments, including a chartered cargo flight yesterday that included a host of portable generators, satellite (VSAT) equipment for restoring voice and text service, microwave backhaul sets and other supplies. As new equipment arrives, our teams are working to deploy them as quickly as possible. 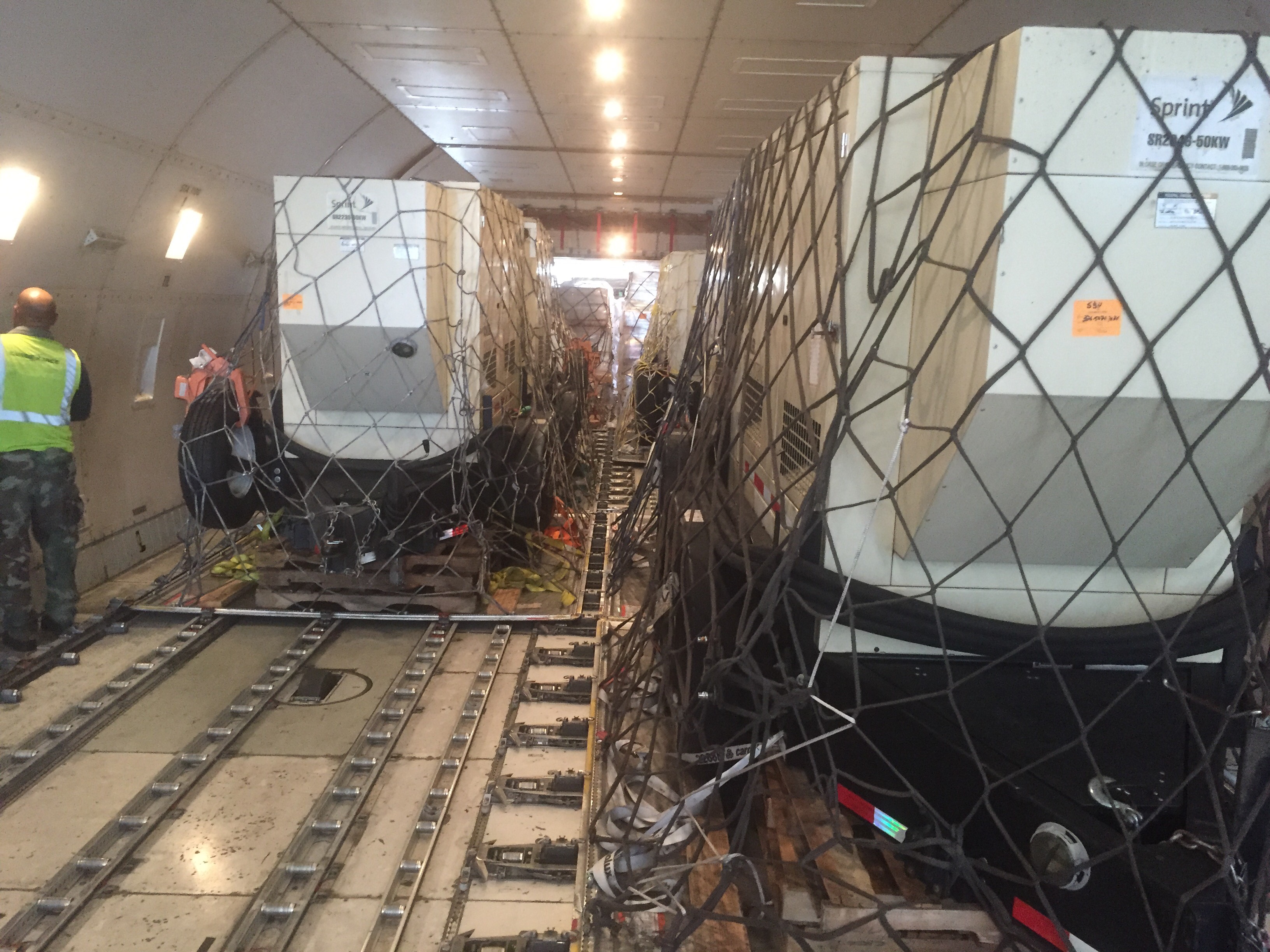 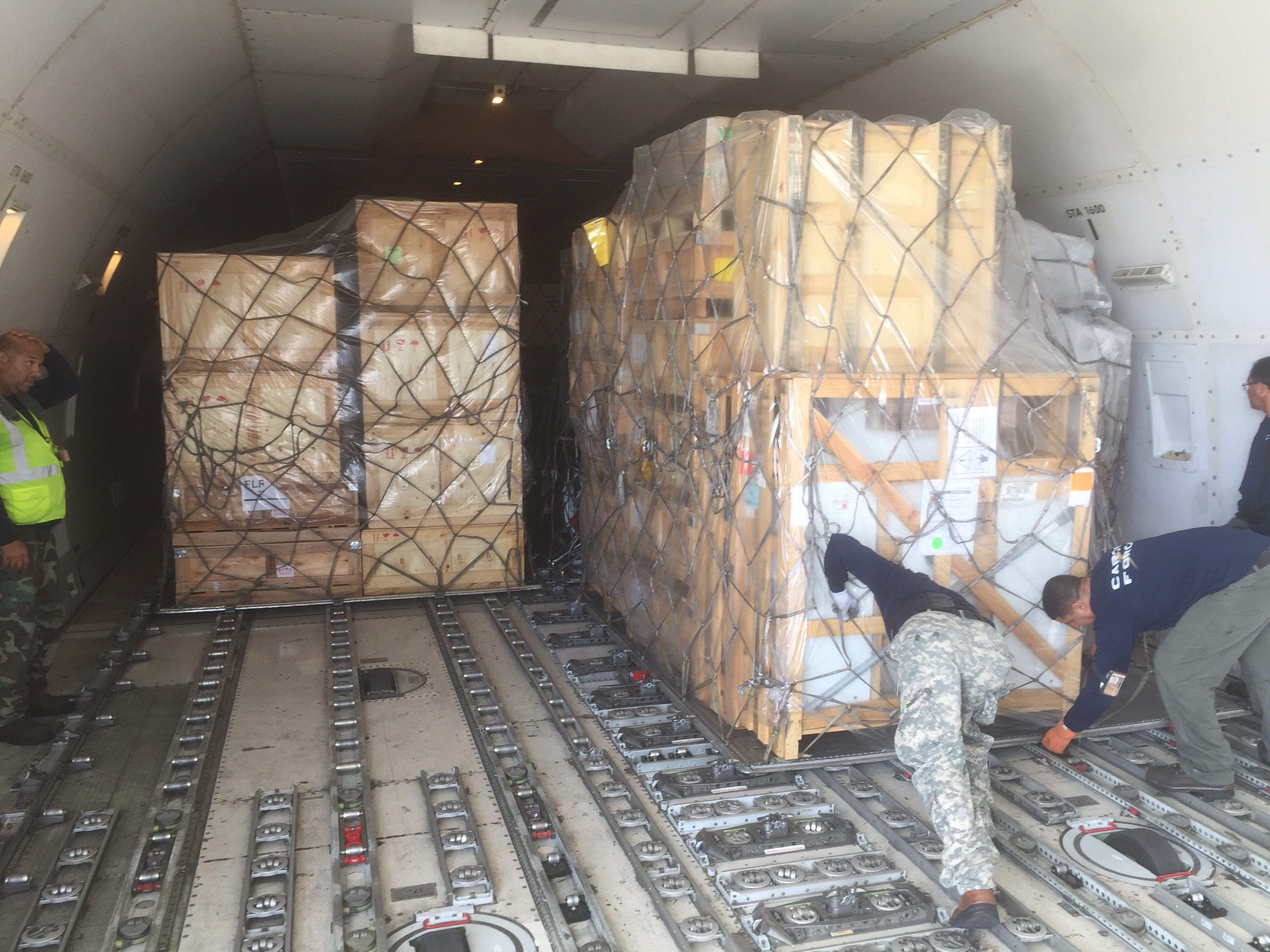 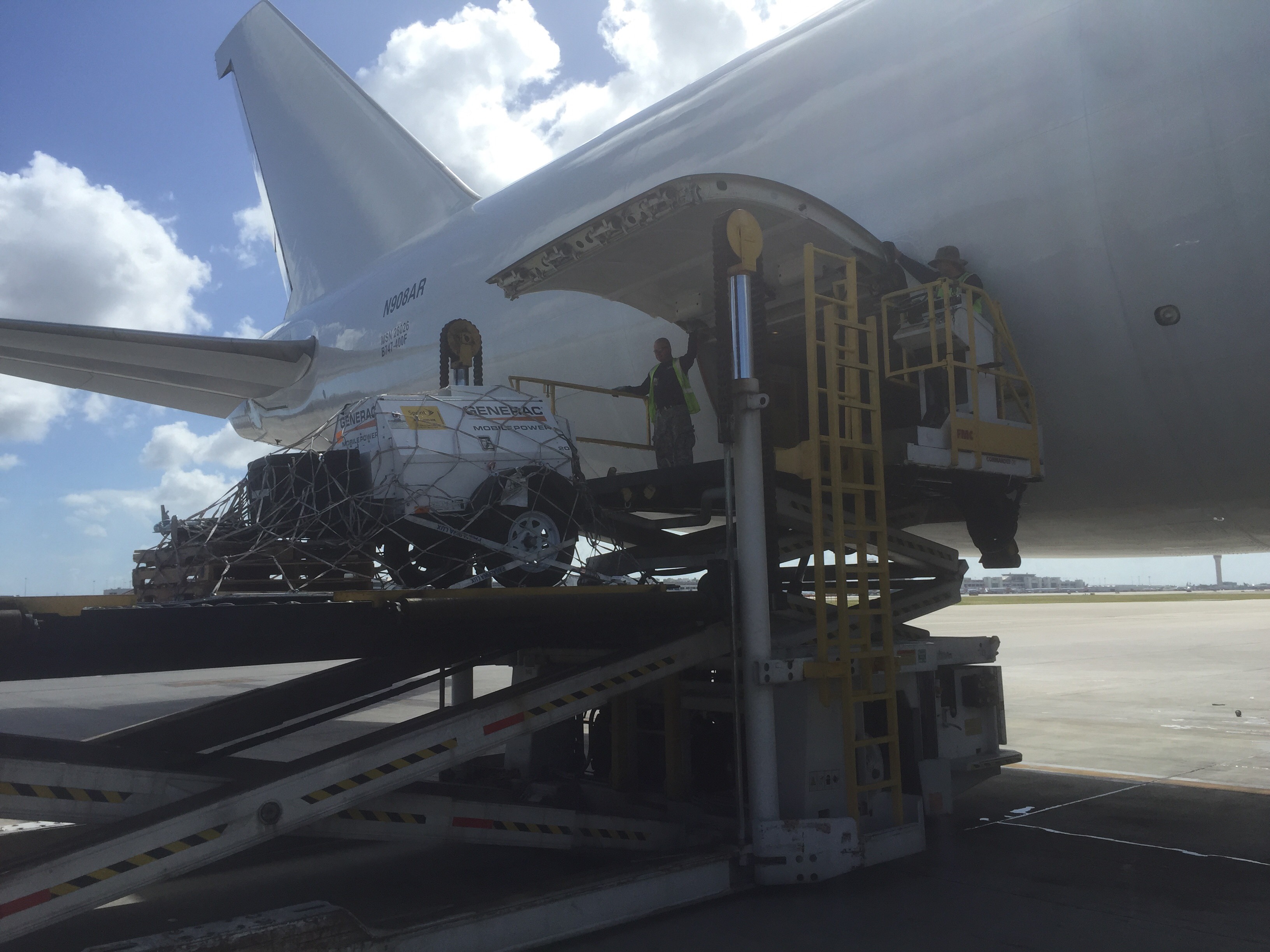 Send a Text to Loved Ones in Puerto Rico and the U.S. Virgin Islands

OCTOBER 1, 2017 – The significant devastation from Hurricane Maria and Hurricane Irma has made communications challenging in Puerto Rico and the U.S. Virgin Islands. But with the help of personnel and resources currently on the ground, Sprint has begun restoring cell service to customers.

Air shipments have been arriving in Puerto Rico over the weekend with needed network equipment such as microwave and satellite backhaul sets that teams are immediately using as part of the restoration efforts. A large chartered cargo plane is being loaded with additional equipment and supplies in Miami and is expected to arrive in Puerto Rico shortly.

In response to the difficulty people stateside may be experiencing in reaching their loved ones in these impacted locations, Sprint is offering a service [sprint.co/2wr2rkb] to anyone (regardless of their carrier) to register the cell phone number of Sprint customers in Puerto Rico and the U.S. Virgin Islands. When the Sprint customer based in these locations has a connection to the network, that customer will be notified via a text message that family or friends in the U.S. are trying to reach them. 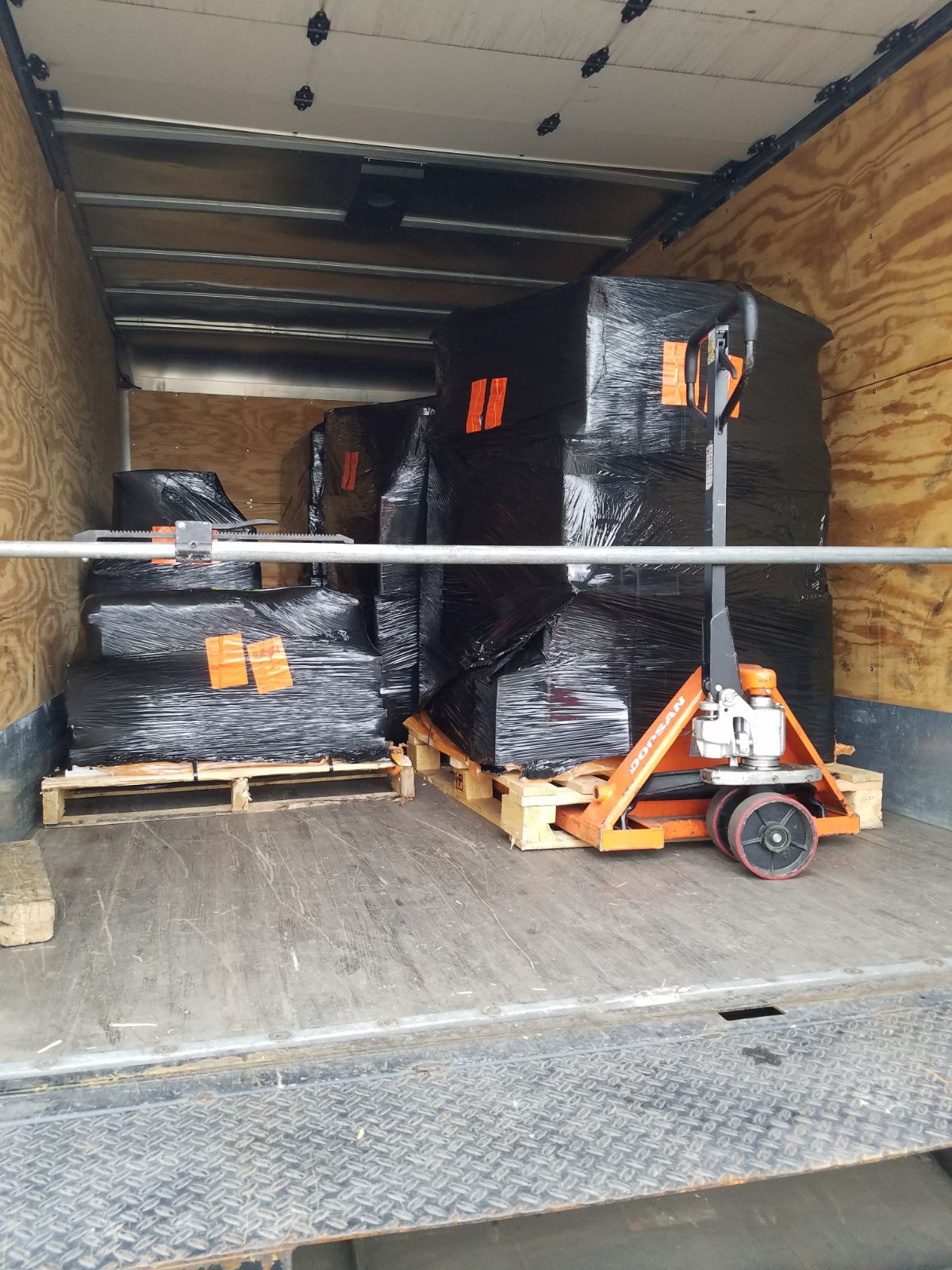 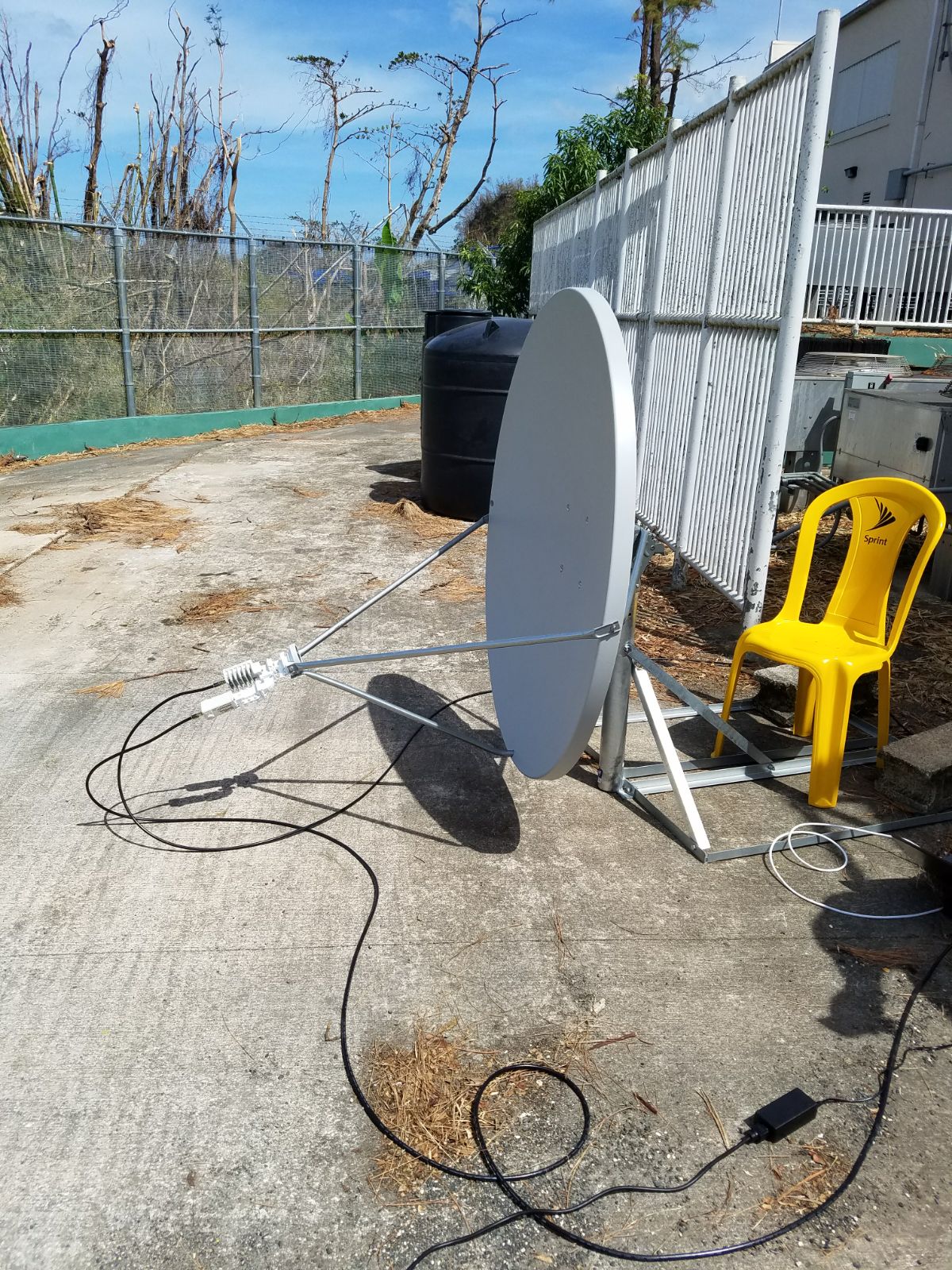 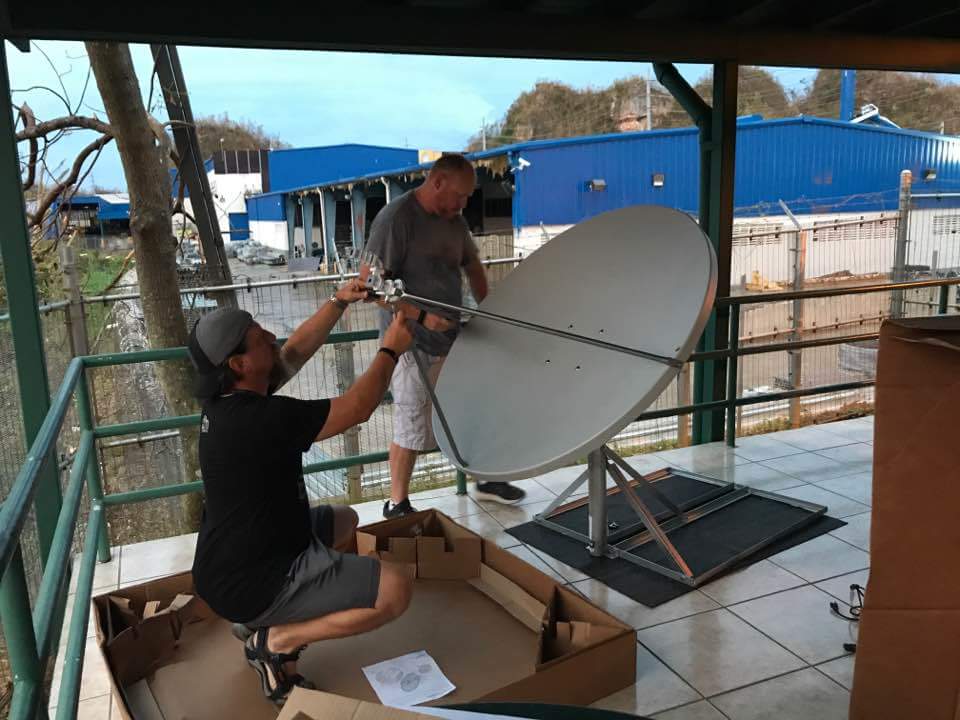 SEPTEMBER 29, 2017 – We continue to make good progress bringing cell sites up in Puerto Rico, but there is still a tremendous amount of work to do. Our recovery teams are on the ground and more personnel continue to fly into the island. We’ve been working aggressively to assess damage and restore service, with engineers conducting reconnaissance of sites both on the ground and from the air via helicopter. Our towers are still standing and largely intact, despite the devastation across the island, and we’re doing everything we can to restore backhaul and power. We are focusing first on restoring the most populous areas and then building out from there.

Over the next several days, air shipments including a chartered cargo flight are expected to arrive with network equipment including satellite (VSAT) equipment for restoring voice and text service, microwave backhaul sets, chargers and battery packs for our customers, and other items such as water and cots. A cargo ship is currently on its way with fuel. And Sprint has chartered a cargo ship to transport additional fuel and larger power equipment to sail early next week.

Our team continues to coordinate with federal and local government agencies on the island, including the Housing and Education Authority of Puerto Rico and the U.S. Department of Homeland Security. 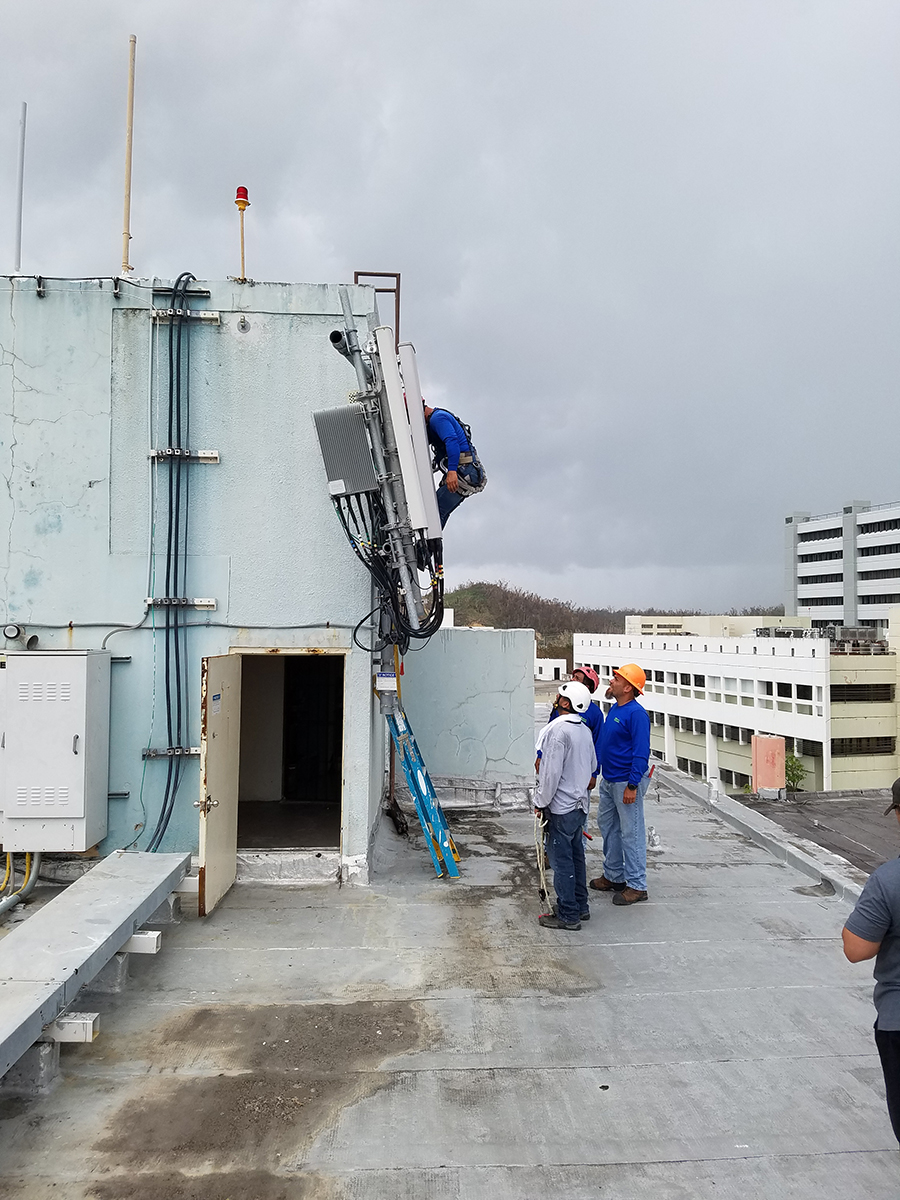 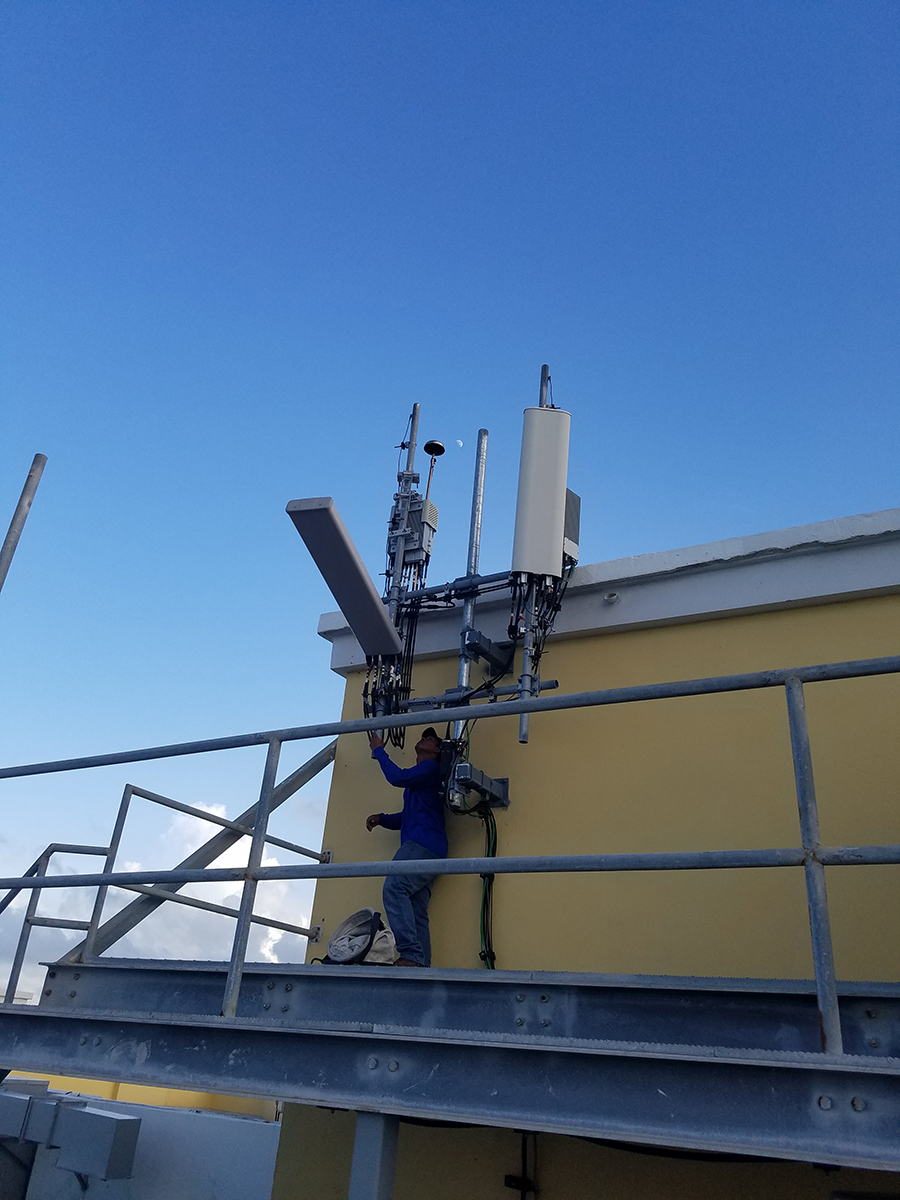 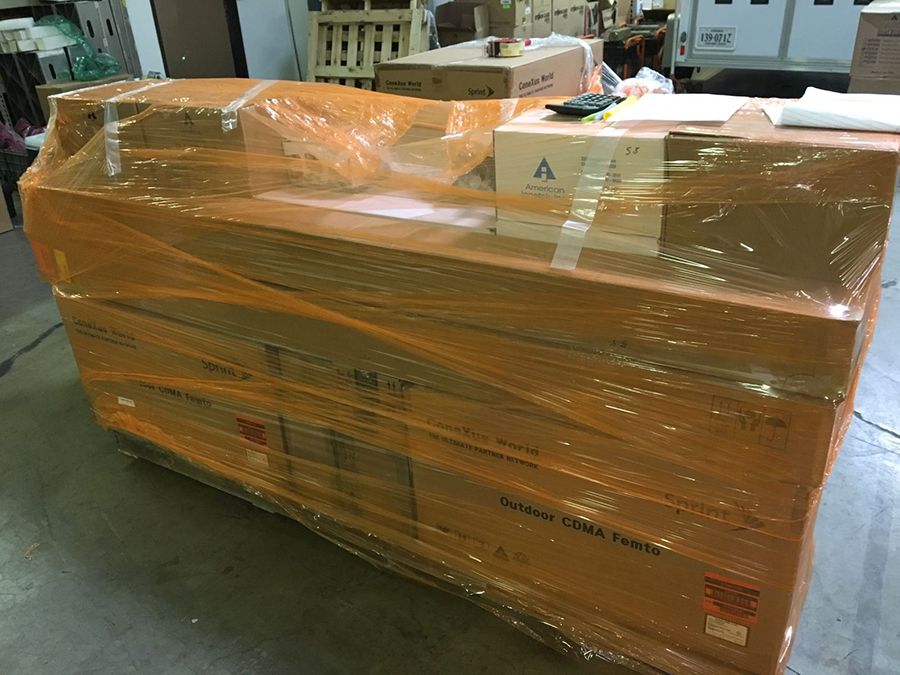 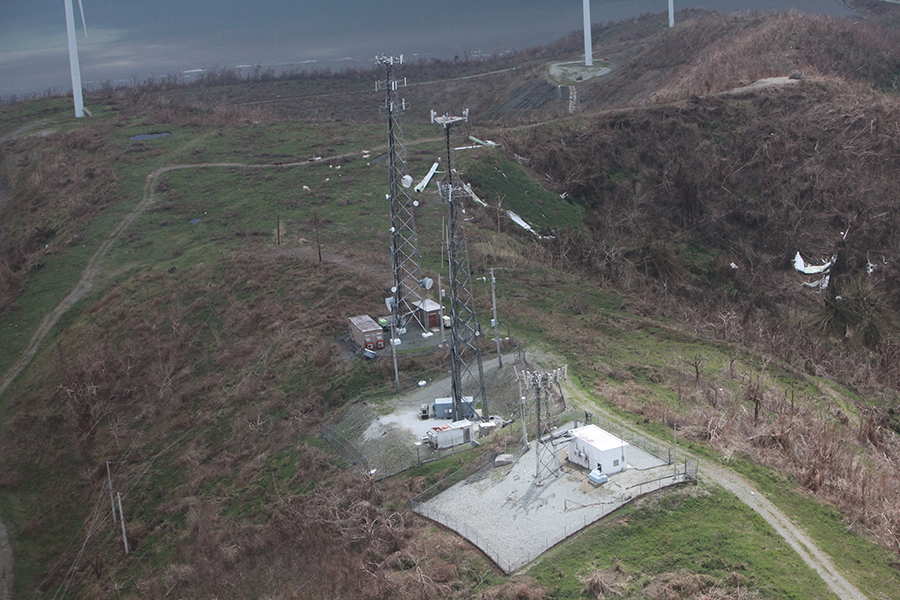 Bring in donated items between September 28 and October 8

SEPTEMBER 28, 2017 – In an effort to support the rebuilding of communities in Puerto Rico and U.S. Virgin Islands in the aftermath of Hurricane Maria, Sprint is collecting much needed food and supplies on behalf of Friends of Puerto Rico and United for Puerto Rico.

All items collected in participating Sprint retail stores throughout Florida between September 28 and October 8 will be distributed to affected communities and Big Brothers Big Sisters. To contact stores in advance to see if they are participating, visit Sprint’s Store Locator.

“Dropping off a donation at one of Sprint’s retail stores is such a simple act,” said Claudio Hidalgo, Sprint’s Regional President for the Florida, Puerto Rico and U.S. Virgin Islands. “But the generosity of all Floridians who give back means so much to our local communities. Sprint is excited to know that so many people in Puerto Rico will receive some of the most basic necessities for survival through the generous efforts of our local community.”

The community can stop by participating stores and drop-off these select items:

Sprint Actively Restoring the Network in Puerto Rico and the U.S. Virgin Islands

OVERLAND PARK, Kan. – SEPTEMBER 25, 2017 – Due to the severe damage caused by Hurricane Maria and the impact on Sprint’s network, technical staff have mobilized to review the state of our sites in Puerto Rico and to expedite the reconstruction process to reestablish communication as quickly and safely as possible for all of our customers.

Our first shipment has already arrived in Puerto Rico with generators and parts required for restoration, and crews of engineers and technicians from the U.S. have already joined the local team on the Island. A second shipment is scheduled to arrive on Wednesday, September 27.

We will continue to provide updates as progress is made with the network in order to keep our customers informed and get them connected as soon as possible. 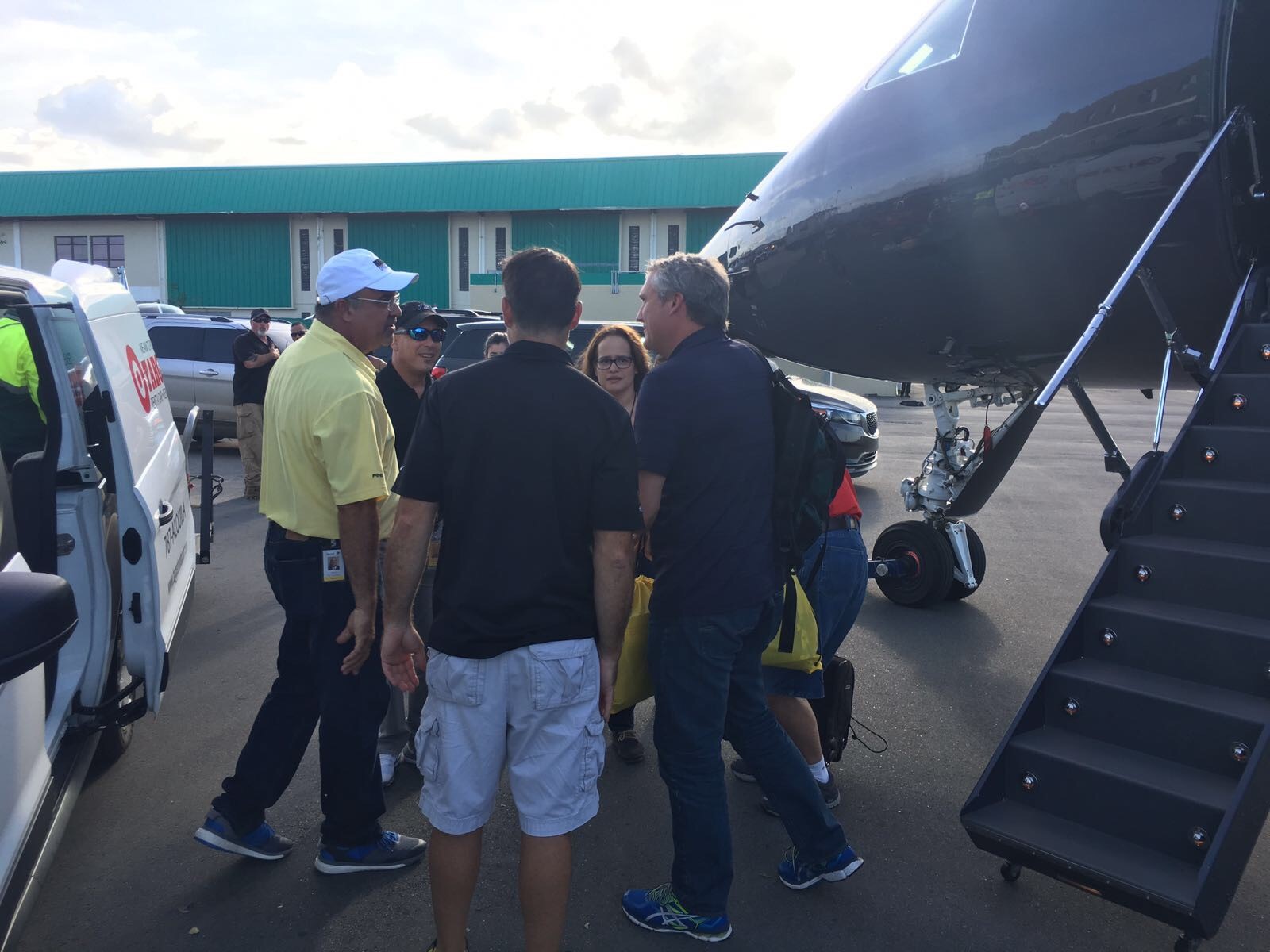 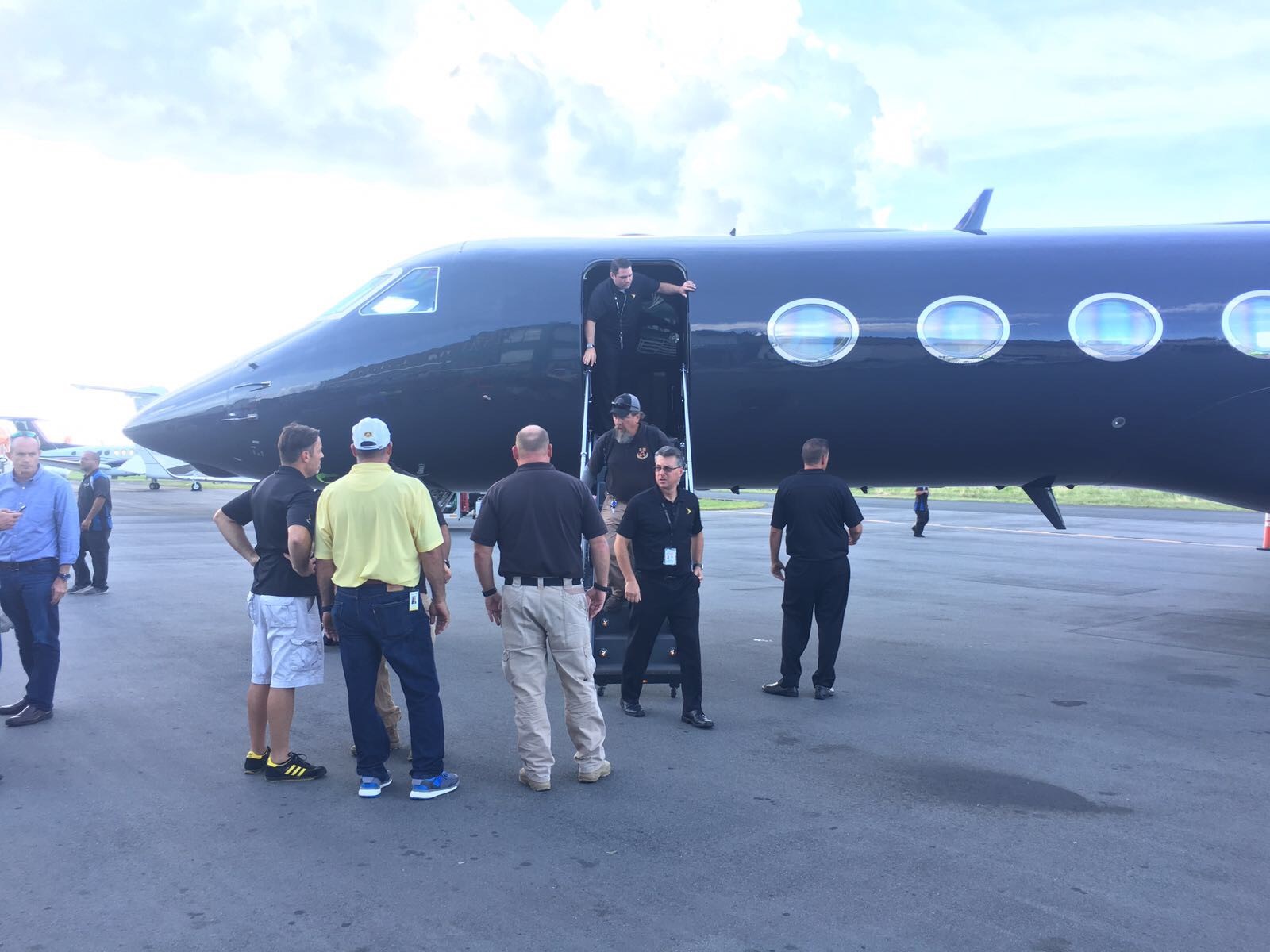 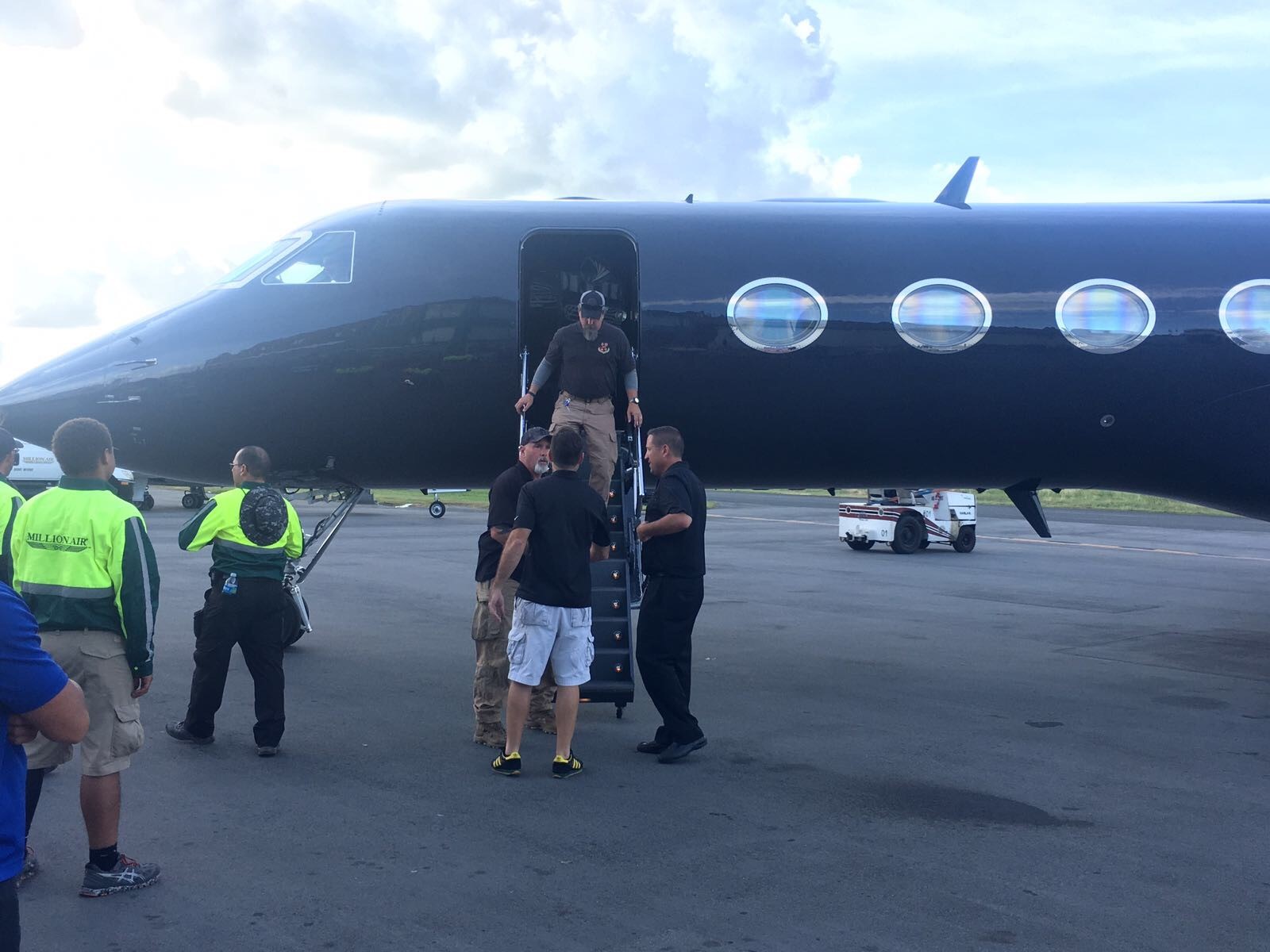 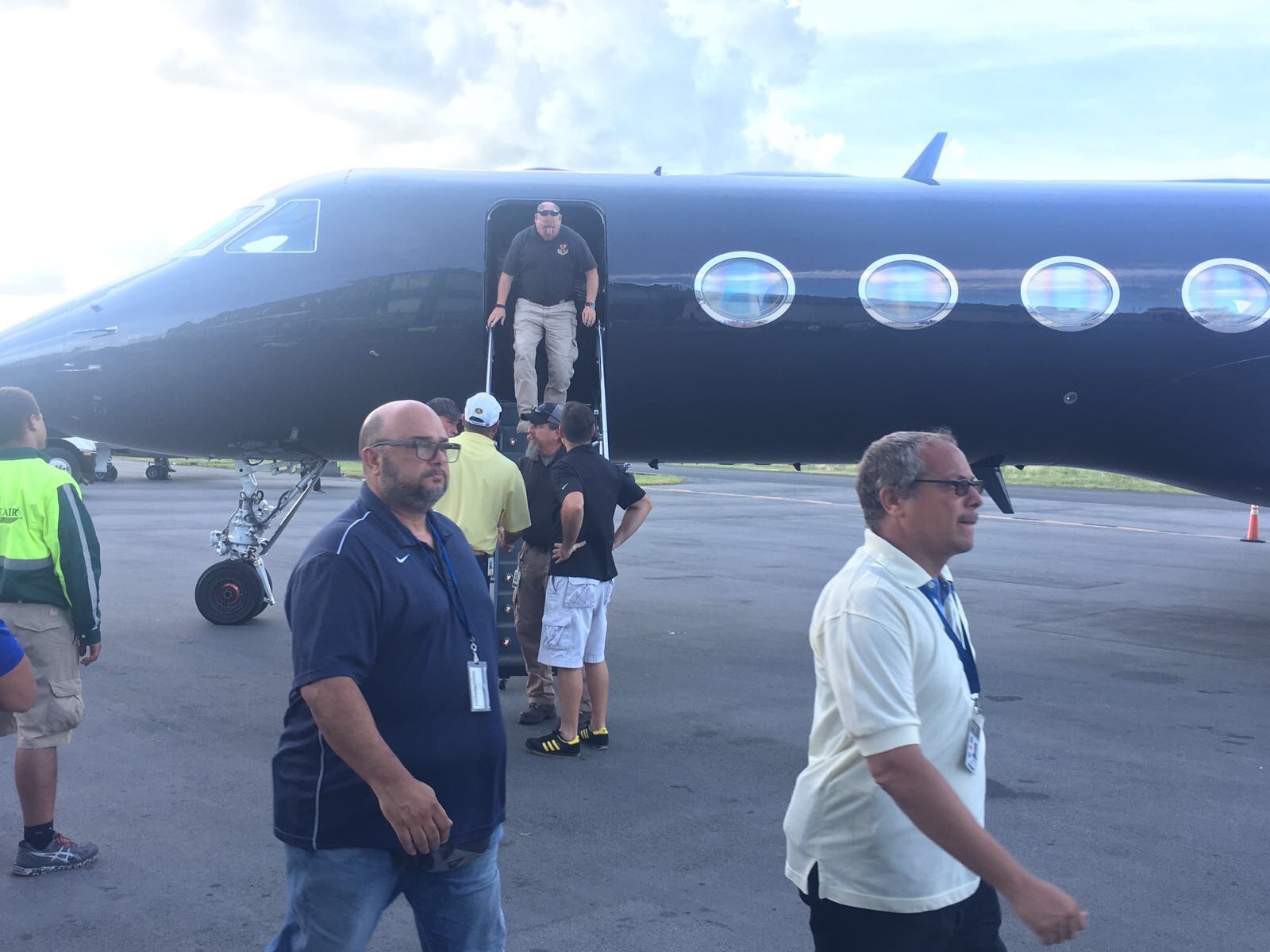 OVERLAND PARK, Kan. – SEPTEMBER 23, 2017 – Sprint today announced it has extended its waived text, call and data overage fees for Sprint, BoostMobile and Virgin Mobile customers in Puerto Rico and the U.S. Virgin Islands through September 29, 2017. Fees will be proactively waived during the specified timeframe. Customers on Unlimited plans will continue to enjoy their unlimited data, call and text benefits. Customers are encouraged to use text messaging when possible due to high call volumes and possible network congestion in the local area.

Update: This offering has been extended through November 3, 2017.

OVERLAND PARK, Kan. – SEPTEMBER 20, 2017 – Following the destruction caused by Hurricane Maria, Sprint today extended its waived text, call and data overage fees for Sprint, BoostMobile and Virgin Mobile customers in Puerto Rico and the U.S. Virgin Islands through September 24, 2017. Fees will be proactively waived during the specified timeframe. Customers on Unlimited plans will continue to enjoy their unlimited data, call and text benefits. Customers are encouraged to use text messaging when possible due to high call volumes and possible network congestion in the local area.

“The residents of Puerto Rico and the Virgin Islands do not yet know the full extent of the damage done to their communities after this second massive storm, but we want to support them in these early hours and days,” said Sprint CEO Marcelo Claure. “As authorities and our teams on the ground assess the situation, we will work to continually support our employees and customers throughout the impacted region.”

Sprint (NYSE: S) is a communications services company that creates more and better ways to connect its customers to the things they care about most. Sprint served 53.7 million connections as of June 30, 2017 and is widely recognized for developing, engineering and deploying innovative technologies, including the first wireless 4G service from a national carrier in the United States; leading no-contract brands including Virgin Mobile USA, Boost Mobile, and Assurance Wireless; instant national and international push-to-talk capabilities; and a global Tier 1 Internet backbone. Sprint has been named to the Dow Jones Sustainability Index (DJSI) North America for the past five years. You can learn more and visit Sprint at www.sprint.com orwww.facebook.com/sprint and www.twitter.com/sprint.